By shibleyrahman in Politics on December 23, 2019.

It wasn’t just Jeremy Corbyn who lost the election – it was the whole of Labour.

The election was not just a ‘Brexit’ election – it was a referendum following a hate campaign about Jeremy Corbyn. No longer relevant was  Priti Patel and her lobbying, Boris Johnson calling people ‘piccaninnies’ or similar, it was a referendum on the historic allegations about Jeremy Corbyn. There were blatant double standards in holding people to account. If Laura Kuenssberg had live tweeted that Corbyn killed puppies with his bare hands, nobody would have held Kuenssberg to account (like they didn’t over her dreadful postal vote remark).

Of course it can be criticised that Labour’s offer was too grandiose and lacked priorities. But it did have as a priority personal care, whereas Johnson just lied about the fact there were any plans for social care. The policy of free broadband was heavily criticised, but the fact that Johnson simply made up figures about nurses and teachers seemed immaterial. For the ‘Red Wall’ to be unaware that Johnson was making a cosmetic minuscule sop to the decade of austerity beggars belief, but we’re to understand that Corbyn was hated so much on the doorstep, it didn’t matter what Labour had to offer.

But make no mistake. Any leader of the Labour Party who is sympathetic to the Palestinians will be a target of abuse and attack from significant people. It’s no accident that the Chief Rabbi’s attack on Corbyn appeared from nowhere during the election campaign. Gone out of the window was any Christian notion of forgiveness.

So now it is fair game for any criticism of Jeremy Corbyn and Labour. The smears have begun already for Rebecca Long Bailey – how she has dropped the hyphen in her name. Certain journalists have gone into overdrive with their ‘told you sos’. Some people are loudly and proudly saying, “I am (for example John Rentoul) – and I’m a Blairite.”

The destruction of support for Labour might be that voters genuinely thought that Johnson was “the change candidate”. Jeremy Corbyn would then be portrayed as incompetent with the finances, even though national debt under the Conservatives has rocked up due to faltering growth and faltering tax receipts into the Trillions. Corbyn would then be portrayed as a threat to national security, even though it was Johnson partying with the Russian aristocracy after the election (and suppressing any reports to do with the Russians).

This is all very alarming. With NHS performance really struggling despite heroic efforts from the staff, none for the blame was taken by the Conservatives. The Liberal Democrats seemed totally uninterested in attacking the performance of the Conservatives, sand their hate campaign against Corbyn was so vitriolic it was hardly surprising they destroyed any chances of a Liberal Democrat renaissance.

The smears against Corbyn were relentless. 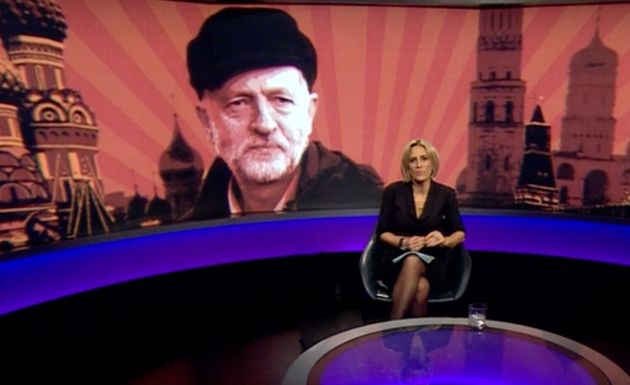 My late father used to say ‘A bad dancer blames the floor’. The aim though was definitely to kill the messenger – and once the messenger had been killed to kill the message. The plan was to say ‘Nationalising railways was always going to be unpopular’ – but tell me ridiculous state handouts to privatised industries to keep them afloat and unbelievable prices (whether gas or train) were never hugely popular WERE THEY?

Under the Tories and their chums in the media, fake information became an art form.

Truth and analysis went out of the window. Brexit should have been easy to criticise. Nobody reasonable can think there will be a free trade agreement made by the end of 2020, unless there is such regulatory alignment with the EU this makes a FTA with the US impossible. It makes sense for the EU to punish the UK as much as it can without affecting its own GDP, and culturally there is absolutely no love lost. Whether or not Ireland can welcome a border down the Irish Sea is interesting, whether that will bring an united Ireland closer. Whether or not the SNP will allow themselves to be stonewalled from Westminster will get interesting – or Scottish voters realise they might have been better off with a strong Labour voice rather than having 50 SNP MPs being ignored.

While the threat of a Scottish referendum is still on the table, Labour looks weak. But how far should Labour go to winning back the ‘Red Wall’? I am simply disgusted how the term ‘politics of identity’ has become an euphemism for nakedly racist, xenophobic vile opinions, which are acceptable and normalised now. To win back the Red Wall, should Labour promise to bring back the death penalty?

If Brexit goes wrong, the Tories should take ownership of it. If the economy declines despite millions of pounds of quantitative easing to ‘make Brexit happen’, the Tories should take ownership of it. The membership of Labour, which of course is dynamic and changing all the time, will elect the new leader of Labour. They may not wish to turn a blind eye to the cuts in legal aid, the welfare benefit cuts, or food banks. They may not think Tony Blair is the answer.

For what it’s worth, I don’t think Corbynism, however so defined, was the answer either. For example, the response on the NHS was solely about funding and privatisation (important issues, I have no doubt). But there was no civil debate about integration of health and social care, which even Andy Burnham had tried to formulate in 2015 in ‘whole person care’. There seemed to be a lot of what Labour was opposed to, as opposed to what Labour was going to legislate to make the system better.

Jeremy Corbyn was the man who was ubiquitously unpopular – but it was Johnson who hid in a fridge and avoided facing up to scrutiny with Andrew Neil.

Maybe we should just accept a changing England. Monkey chants in football grounds are a price worth paying to get Brexit done?

And, whilst I don’t think it’s necessary to pander to a large vile section of the electorate simply to get elected, I think we have to concede it will be nearly 15 years since there has been a Labour government, especially when the Conservative government has been so bad. Let’s face it – with the level of vitriol against Jeremy Corbyn, it would have taken a miracle for him to be elected. But I don’t feel the experience has been a waste of time.

Boris Johnson is no angel either.

← Blyth Spirit – friends disunited? Labour has a chance if the unicorns fail to appear →
Click to listen highlighted text! Powered By GSpeech