Labour has a chance if the unicorns fail to appear

By shibleyrahman in Politics on January 1, 2020. 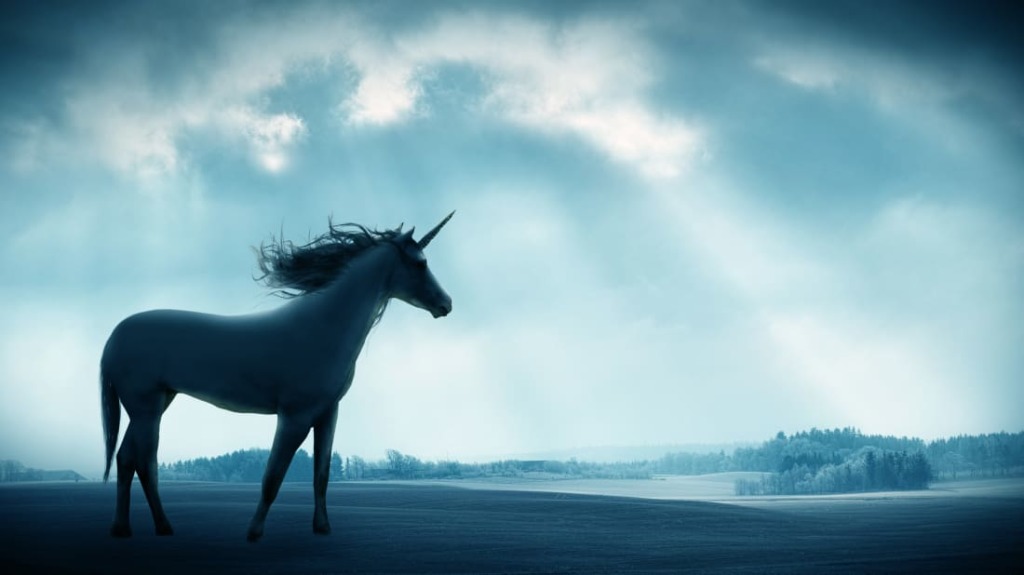 I have always voted Labour.

Whoever is the next leader of the Labour Party, he or she is in for a tough time. I voted for Jeremy Corbyn, and, as time went on, I felt I had made a mistake. Towards the end, I found him grumpy, irritable, and continuously presenting himself as the ‘victim’. I think there will have been a rump of the electorate, for example Wigan, who would have to hold their nose and vote for Labour, but the force was not with Labour. There’s a lot to be angry about, and indeed Corbyn talked of ‘hope’. But people were left with a feeling of impending doom and despair, and it would have been wiser to have some sunny uplands in place of fear.

This situation is a long time in the making. Labour has not turned in itself into an unelectable force overnight. It last won a general election in 2005. I remember when I was briefly a member of the Fabians in the very early 2010s, and Sunder Katwala was leading on various interesting initiatives such as ‘Southern Discomfort’ looking at why voters were leaving Labour in droves in the South. It is now, of course, the very squeezed middle, as Labour has rapidly lost its voting base in Scotland and Wales, ironically after it had championed devolution.

The irony is that it was not so long along that the Conservatives had been staring down the barrel of a gun. They had spent about three years fumbling around with decreasing majorities delivering Brexit. And the inability to deliver Brexit was symptomatic about how they were not delivering on other aspects, such as the NHS, social care or even the economy. It seemed increasingly to me as if Labour was obsessed with one of two extremes, the very poor or the very rich, and had nothing much to say about the bit in between. The offerings were a bit random and numerous, and it looked like smarties for all at too many times, such as a promise for free personal care, or free broadband, or your university fees to be written off. Despite the fact that national debt under the Conservatives has exploded in the last decade of the government of the Tories, Labour is still perceived as being incompetent with the macroeconomy. This is despite people’s personal narratives of lack of security in employment, often just about managing on a gig economy wage. The economic landscape is clearly changing, with many household names going out of business. It was simply insufficient for Jeremy Corbyn to push on an open door, or to preach to the choir always, about burning issues of social and economic injustice, important as they are. Corbyn rapidly is known for what he is against – but there is less clarity on what he wants to do to solve the issues. I see the logic in re-nationalising the utilities, because market failure has delivered increased shareholder profit for foreign investors at the expense of customer value for what is a homogenous good in a near monopoly state. But I do not for the life of me understand how Corbyn was going to integrate health and social care, while clearly he wanted to bring paperclips in the NHS back under state control.

My late father shortly before he died managed to warn me about many things for the future,  not least how a bad dancer tends to blame the floor. I think some in Labour have got too obsessed with shooting the messenger rather than thinking about the message, to such an extent that the post mortem of the election has dangerously begun to look like, ‘It’s the electorate stupid’. I do think, however, it was very difficult to market the brand of Corbyn, when he had been vehemently rubbished by members of the Parliamentary Party, but the media cannot be blamed for reporting them accurately. Whatever Corbyn did, it was clearly not enough on anti-semitism, this is a personal tragedy given his lifetime commitment to peace and tolerance. It is also a tragedy that anti-semitism amongst a group of people within Labour somehow took root and got out of control. Whatever Johnson said about piccaninnies and letterboxes, it was clear that certain people thought that Johnson was ‘a good bloke’ you could have a pint with down the local dog and duck.

I’m not so convinced that the next leader of Labour ‘has to be a woman’, ‘has to come from the North’, or has to be ‘pro Brexit’. It is an inescapable observation that many red wallers managed to vote for someone perpetually characterised as an Etonian toff ‘to get Brexit done’. In fact, it might be better for continuity that Labour has in charge an articulate prosecutor who is able to see the merits or dangers of the Brexit case, and communicate them effectively.  And it would help if the media were genuinely scared of that person, rather than being able to dredge up dirt from the past, or cast aspersions about competence or ability. It might be better for someone to take over who has followed the ins and outs of Brexit, and still be open to the notion that Brexit might ‘go wrong’ and be sympathetic to the significant minority who never voted for it. If it turns out that Brexit is a pup, and that multinational car plants exit the UK like we exit the EU, some voters might turn on Johnson and the Conservatives. This is of course more likely with ‘no deal’, and ‘no deal’ is more likely if the UK diverges from the EU significantly in their trading goals. The European Union cannot be underestimated either. After months of shadow boxing, they might give the UK a worthless deal – or nothing at all really, because they wish to send out a powerful message that, whilst the trade is welcome, it is better to be in the club than outside of it. Instead of Johnson’s “Project Bullshit”, Project Fear would quickly become a reality, if, say, the UK were unable to piggy back off GPS technology or the EU arrest warrant mechanisms.

But Labour cannot wait for Brexit to go wrong, in however  which way you wish to interpret that. For all I know, it might be a magnificent liberation (but I doubt it).  Once it’s slayed the dragons of Brexit and Jeremy Corbyn’s bad press and troubled performance at leadership, it needs to address the issues which made voters turn to the Conservatives – that is, those issues stemming from a decade of Conservative policy. Of course it is deeply fraudulent that Johnson is the change candidate, but Labour needs to have the academic flexibility to have a meaningful position on workers’ rights (including independent contractors’ rights), the changing nature of unions (including gender equality), the implementation of human rights in the future, how much of the cuts in legal aid and the reforms in the judicial system it wishes to reverse, how it is going to reconfigure the NHS and social care to get rid of arbitrage and market failure. But it also has to put up with certain voters who will want answers to why there are so many ‘brown’ people in their local village, which may even include proposing the positive case for immigration.

I don’t think the solution is to throw the baby out with the bathwater, and I can see that John McDonnell is genuinely upset. But I for one will be glad to see the back of Len McCluskey, and a rather toady croney part of Labour which is acting like a lead weight. I think the antagonism to Tony Blair’s tenure of office is completely unreasonable, uncharitable and unpleasant. For the critics of Labour, it really was Christmas come early, as the verdict appeared like a vindication of the attraction of Boris Johnson. But it really wasn’t. Corbyn for too many people looked like the wrong person at the wrong time, and prolonging the agony over Brexit did not really help. But now that the Labour Party has a chance to watch Brexit unfold from the sidelines, and to watch whether the Unicorns appear, it has a chance to build on whatever it wants to from the Corbyn era but to move on swiftly. I think the whole drive to ideological purity is absolutely pointless if you then subsequently go on to fail to win a general election. I wonder whether I should have listened to Nick Cohen years ago.