Home » Politics » Does Jeremy Hunt wish to ‘save the NHS’? Most definitely not.

Does Jeremy Hunt wish to ‘save the NHS’? Most definitely not.

By shibleyrahman in Politics on February 11, 2017. 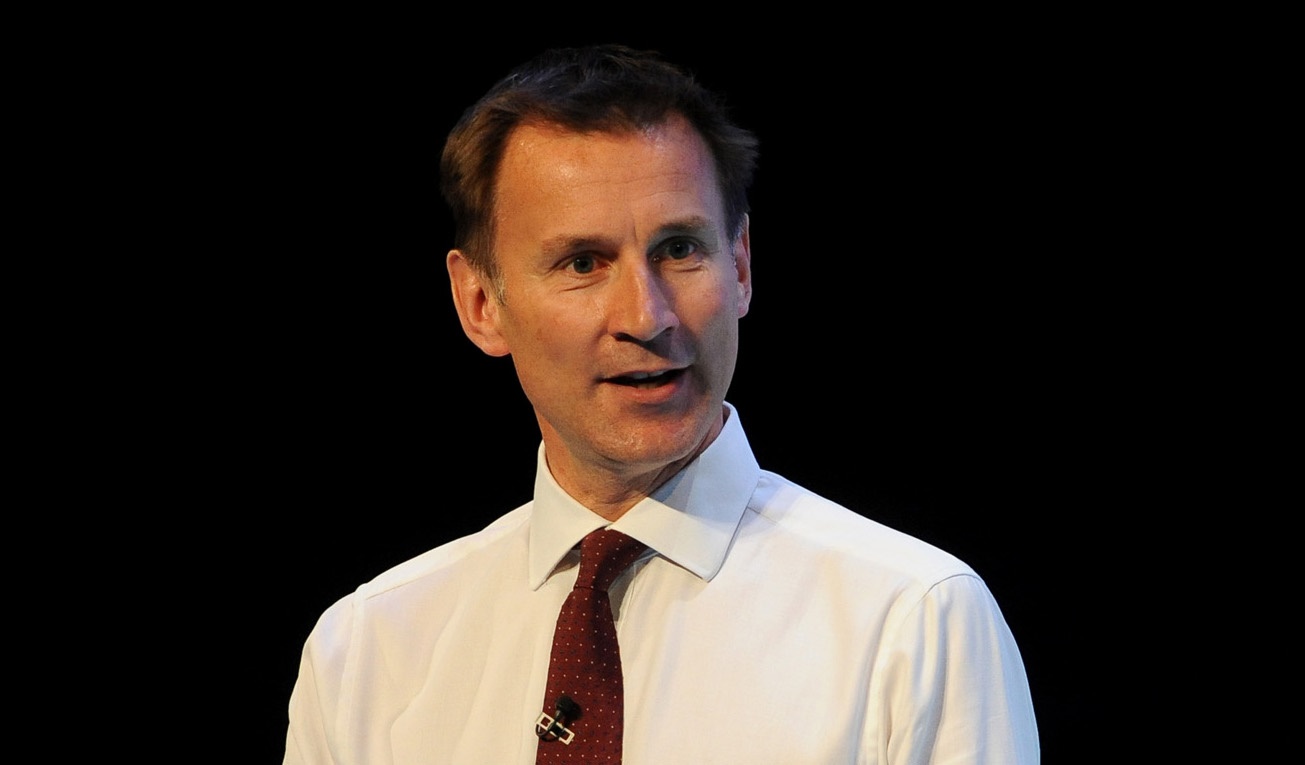 There is nothing more embarrassing than for hardworking clinicians in the NHS and practitioners in social care than to hear of Jeremy Hunt going to New York to lay the groundwork for a transatlantic trade deal or to go to international conferences to preach to others on patient safety. Whether the longest serving Secretary of State for Health chooses to admit or not, and he doesn’t, there is nothing to boast about in 20 hour trolley waits, or people being asked to sit in a toilet or corridor before being given a hospital bed. If the definition of patient safety is that nobody has died unnecessarily yet, then expectations are indeed very low. Indeed, Sir Robert Francis, whom Hunt used to quote all the time, now says another Mid Staffs is “inevitable”.

To be honest, this is the perfect storm which prominent campaigners, including junior doctors, themselves have been warning about. It might seem beyond ludicrous that Jeremy Hunt can shamelessly say that the performance of the NHS is ‘unacceptable’, but as far as he is concerned he is not responsible for the performance of the NHS. And the purpose of the 2012 Health and Social Care Act (2012) was not to promote the highest quality clinical care – symptomatic of that is the fact in the 500 pages of legislation the legislation found time to devote only one clause to patient safety, and that was to abolish the National Patient Safety Agency. The legislation instead was put in place to turbo-boost the transfer of NHS services to the private sector. This is – wait for it – the definition of ‘privatisation’. It also provided legislation for clinical commissioning groups, where is no statutory mandate for clinical skill. These clinical commissioning groups, which are even definite in size of population in law, are merely insurance entities which happen to reside in the public sector, assessing the potential risk of illness in a certain geography. In other words, this highly contentious Act of parliament, on which billions of £ were ultimately spent in a top-down reorganisation that nobody as such voted for, laid down the infrastructure for harmonisation between the public sector and the private sector for the ultimate piecemeal sell off of the NHS.

The ultimate issue that successive governments have had to face for the last three or four decades has been a desire not to go ‘public’ about transferring the NHS to the private sector, so that the NHS simply becomes a badge for the state deliverer of services, not the state provider. In an ideal world, Jeremy Hunt MP does not even want to be involved with anything to do with the NHS. Hunt, and many others of the same ideological ilk, would be perfectly happy for different providers, e.g. Capita, Virgin, G4S, in some corporate plutocracy to run the NHS using the NHS logo if need be.

Jeremy Hunt’s faux disdain at the performance of the NHS is completely understandable, if one realises that Hunt thinks the public will blame the fact the NHS is in the public sector rather than him for the poor performance of the NHS.  And, to be fair to him, there are people who ring up local radio phone shows to say that the problems of the NHS are entirely due to mismanagement, the fact that the general public take no responsibility for their own health (a completely irrelevant argument if someone is born with a congenital disease such as heart problem or lung problem). And, furthermore, more in the post-facts milieu, the hope is that nobody can discern fact from fiction. In other words, with the help of a compliant media, the general public can be manipulated into thinking that the root cause of the NHS being overloaded is entirely due to the immigrant population. There is no discussion of non-indigineous doctors or other healthcare professionals in this utopia, just ‘small talk’, albeit dangerous UKIP pillow talk, of an aspiration of Jeremy Hunt to reverse decades of the NHS being propped up by foreign clinicians to train ‘home grown’ doctors. Mainsteaming British Doctors for British patients has never been easier.

But back to the fundamental issue of why I believe Jeremy Hunt does not care about the performance of the NHS is that his thinking rests on three assumptions. And, whilst a sizeable number of people in parliament think the same way as him, the likelihood of a cross-party commission on the NHS will come to the conclusion that some form of privatisation of the NHS, whether in terms of co-payments, vouchers or full blown increase in capacity of private insurance providers, will occur, rubber-stamped by all the political parties (except for some this time). It might, for example, be seductive for irritable, cranky people to ‘charge drunk people for attending A&E’, but think about the actual practical implementation of this policy – by what measure would you define the tipping point from ‘quite tipsy’ to ‘quite drunk’? Is it, for example, either feasible or desirable that healthcare professionals, including GPs, to carry Visa card or passport readers in addition to their numerous other duties?

A number of assumptions can possibly be made about this current Government and recent ones too:

1. There is no distinction between private and public providers in the NHS.

2. The Government believes in a ‘small state’ and low taxation.

3. The NHS is expected to make efficiency savings in keeping with an austerity approach.

That there is no distinction between private and public providers in the NHS is why Jeremy Hunt resents being in a centre of a tsunami about junior doctors’ pay. In an ideal world, he would like there to be complete harmonisation between private and public sectors, so that doctors could come and go as they wish in terms of employment. This is entirely the drive for the 24/7 NHS, which is why Jeremy Hunt is do keen to promote any fake research news coming out of the BMJ to further his ideology. You do not need to be an expert in sophisticated mathematical modelling techniques to realise that if you were to stretch out the already woefully inadequate resources for a 5-day elective service into a 7-day one the consequences on patient safety would be diabolical. What, furthermore, is quite incredible is for the current Department of Health to be so oblivious to the fact there already exists a 7-day emergency service running at full throttle, hence their need to spend valuable resources in making further metrics to measure A&E performance by.

Where junior doctors can come and go as they please, like where consultants can come and go as they please, or where nurses come and go as they please, is a strategy which is the direct opposite to the public sector keeping its workforce loyal, wellbeing promoted and well educated, and being contained budget-wise in terms of salaries. We already know that the agency spend has become out of control, due to poor planning of the Department of Health over many years, and to the weird hybrid private-NHS market we currently have. And all this is to ignore completely that private providers take no responsibility for,  financially or otherwise, for the education and training of the workforce the vast majority of which start in the NHS. This is entirely in keeping in why Hunt is so intensely relaxed about applications for nursing training going through the floor after his devastating nursing bursary initiative – Hunt does not ideologically believe the Government should be safeguarding against a minimum body of doctors, nurses or allied health professionals in the workforce. The problem now of course for him now is #Brexit unless it looks like he can poach staff from the Asian subcontinent; but word is spreading fast how bad the working conditions of the English NHS are.

2. Unfortunately, the Conservatives and Liberal Democrats were able to converge on the ideology behind the Health and Social Care Act 2012 and the mirage that economic competition would drive up clinical quality because of the robustnesss in their belief in the small State. This does not envision the State to be a supportive thing to promote the health and wellbeing of its citizens, including so that they can be healthy enough to be in ‘gainful employment’ and be ‘productive’. This instead pre-supposes that everybody wishes to pay very low taxes, somehow living in a world where public services are still magically working well. But this falsehood is very easy to put in place if the main political parties are able to blame a ‘common enemy’ for all of their problems, e.g. immigrants. Such politicians want to divorce the link between improved public services and paying for them, which is why the Conservatives invest so much effort into depicting the Labour Party as incompetent (whereas the national debt under the 7 years of Conservatives has ballooned way above the previous 13 years of Labour).

Unfortunately, a hypothecated tax for the NHS would necessitate a debate about hypothecated taxes for everything else such as national security or education, and is well known to be yet another ‘zombie policy’ which won’t go away. Finally, whilst the Government gives the impression that the debacle in social care, causing delayed transfers of care from hospitals to care packages in the community, is seen as a ‘local authority’ not national problem, say for example through the ‘precept’ or the Surrey referendum, the impression is reinforced that social care is out of control, and its catastrophic state impacting on the performance of the NHS is nothing which can be reversed essentially.

3. Stephen Dorrell MP already has said that the NHS efficiency savings, first proposed by the management consultants, McKinseys have never successfully been tried before – and indeed many blame this drive for efficiency and for ‘foundation trust’ status to be at the heart of how disasters at Mid Staffs and other Trusts happened. It is a plain fact that if budgets are under enormous strain in providing a skeleton workforce (e.g. one junior doctor to cover all the medical wards in one large teaching hospital AND cover the cardiac arrest bleep), and to pay massive unconscionable private finance initiative payments (a form of a Corporate Wonga), something will have to give. There might be a temptation for such cuts to be hidden by commissioners and managers in mental health, despite all the Twitter infograms and rhetoric about ‘parity of esteem’ – unless of course there happens to be a spike in uncontrollable demand for mental health beds or suicides. So far, all the main English political parties have been very loyal to ‘efficiency savings’ – but this is essentially ‘austerity’, and a political choice for the NHS not an economic one.

If the ultimate aim is to increase transfer of public assets to private entities (the definition of privatisation), keeping the NHS at a low unsafe level of funding reinforces the impression the NHS is ‘unsafe in public hands’. That is why rolling coverage by the BBC of ‘specials’ of a NHS and social care system at breaking point might lead people to blame the public funding of the NHS, not Jeremy Hunt. This is of course fully intended, so that the green light can be given for a blatant privatisation of the NHS.

The correct conclusion, of course, is that the NHS has been chronically underfunded for years, and no Government wishes to admit they want to privatise the NHS as it’s so politically toxic.

← Is having declining faith in Jeremy Corbyn a good place to be? A personal view. Blaming Jeremy Corbyn for the existential crisis of some Labour voters is unfair →
Click to listen highlighted text! Powered By GSpeech