Not waving but drowning

By shibleyrahman in Latest News on December 7, 2010.

At least the British political commentators have been consistently two-faced in their opinions of PMQs. When Ed Miliband ‘does well’ in them, some of these journalists instantaneously take to the airwaves to insist that nobody watches PMQs. When David Cameron does well, it is a sign of brilliant wit, showing that Ed Miliband’s leadership is in its dying days. Thankfully the UK voters are not stupid as to judge the future of this country on a limited pre-prepared stand-up performance from David Cameron. A deserving ‘funny man’ he is, but in terms of where he is leading the country on GDP in 2011 he is a ‘cause for concern’.

In last week’s PMQs, Ed Miliband tried to pull a literary punch with David Cameron by asking whether Cameron was the son of Thatcher, alluding to the Wikileak reported earlier that week from William Hague. David Cameron started his answer laughing, in mock-pity, saying, ‘Oh dear, not waving but drowning”.

I haven’t read a single person pick up on the phrase. In a sense, it was brilliant for David Cameron to refer to a classic poem by Stevie Smith in 1957, called “Not waving, but drowning”; if that’s what he meant. The work, the most famous of Smith’s poems, describes a man whose distressed thrashing in the sea causes onlookers to believe that he is waving to them. 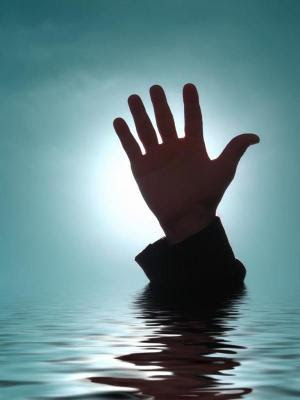 The text of the poem is as follows:

Nobody heard him, the dead man,?
But still he lay moaning:
?I was much further out than you thought?
And not waving but drowning.

??Poor chap, he always loved larking
?And now he’s dead?
It must have been too cold for him his heart gave way,
?They said.

??Oh, no no no, it was too cold always
?(Still the dead one lay moaning)?
I was much too far out all my life?
And not waving but drowning.

Unfortunately, David Cameron has been hoisted by his own petard, when you look carefully about what commentators have in fact said about this poem. One expert, Ingrid Hotz-Davies. has suggested that the “drowning man” is Smith herself, but the poem’s humorous tone masks this plea for help. While David Cameron appears to be laughing at Ed Miliband, his funny words could belie some distress about his own personal professional standing, while this Coalition falls apart day-by-day.

Other commentators have picked up on the “pain behind the smile” theme of the poem. This of course would not be at odds with a man with supposedly good presentation skills inflicting the worst cuts since the Second World War, which could see GDP at alarmingly low levels for the whole of next year.

Dr Shibley Rahman is a member of the Holborn and St Pancras CLP, and also active in the Fabian Society, Compass and Progress.