Home » NHS » Delirium. Why so little and so late?

Delirium. Why so little and so late? 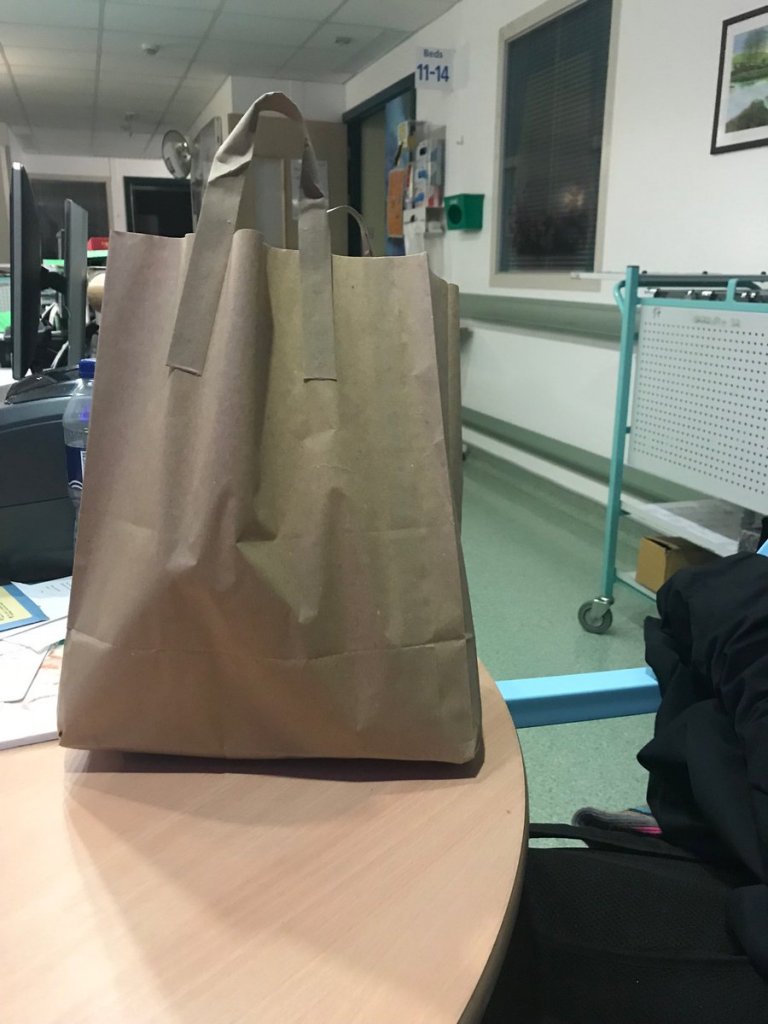 My most recent experience of delirium was truly terrifying, to the point that, as a care partner of a close relative with dementia experiencing delirium, I felt I needed counselling about this admission to a London teaching hospital. I have witnessed delirium ‘around the clock’ for half a month so far.

Delirium is not for me a matter of Twitter hashtags, gimmicks or infograms, but a very serious issue I wish to be taken much more seriously. Traditionalists in neurology, for example in the tradition of Gall or Broca, pride themselves on localisation of function – in other words a particular constellation of signs will tell you where the lesion is. But this reason for me is insufficient why academic neurologists and psychiatrists should be disinterested in delirium. Where for example is the research which explains the neural substrates of hypoactive and hyperactive delirium? How long do ‘sleep episodes’ last for? Is it a good idea to wake someone up while he is sleeping? Are there are any neuroprotective agents which prevent long term deterioration after delirium? How much of the delirium will the person experiencing it actually remember?

In a paper by Profs. John Young and Sharon Inouye, the following case scenario is presented:

“An elderly man is recovering from a heart attack and seems to want to lie in bed. He is polite when approached, but sleepy, and he doesn’t seem interested in eating or drinking. Sometimes his speech is incoherent and he doesn’t seem to follow what is said to him.”

Yet this is virtually a carbon copy of the state of my relative when discharged under ‘discharge to assess’. The relative, who also could not mobilise at all (due to the delirium and viral pneumonia), was unmanageable for me at home. I live with her, and unfortunately she had to boomerang bang into the same hospital three days after being discharged ‘medically fit for discharge’. As it happens, for virtually all of the nineteen-day hospital re-admission, many factors conspired to ensure my relative stayed bed-bound, totally unusual for her. It was with a very heavy heart that I decided to call ‘999’, as the hospital environment itself often precipitates or exacerbates episodes of delirium..

The diagnosis at that stage was hypoactive delirium, although the picture became more mixed in the subsequent few days. My relative was admitted, and thought to have a respiratory tract infection, constipation and dehydration. She also lives with frailty and dementia.

It is claimed that, ‘for the family and health-care staff, clear communication, education, and emotional support are vital components to assist with decision making and direct the treatment care plan’,  but I felt all three were lacking in this admission. Nobody told me about what to expect in the delirium, or offered me any support for my distress.

If you read the page on “Dementia UK” website about delirium, you are offered the following advice:

“keep calm and reassure the person”

A different HCA in the bay every day and every night is not reassuring.

“observe the person to see if they are in any pain”

“avoid too much stimulation”

the ward had a noisy bleeping air mattress which was bleeping all the time, and at night the lights were often bright.

“if possible offer them drinks to maintain hydration”

Whilst my own regulator,  the General Medical Council, takes heavy criticism on a daily basis, I can frankly say that the GMC code on communication (“Communicate effectively” in “Duties of a Doctor”) was flatly ignored in my relative’s admission:

31. You must listen to patients, take account of their views, and respond honestly to their questions.

32. You must give patients he information they want or need to know in a way they can understand. You should make sure that arrangements are made, wherever possible, to meet patients’ language and communication needs.

33. You must be considerate to those close to the patient and be sensitive and responsive in giving them information and support.

34. When you are on duty you must be readily accessible to patients and colleagues seeking information, advice or support.”

John’s Campaign, for me, has to be more than allowing care partners to sit by patients’ beds for longer than a few hours. To make delirium management work, care partners, where available, should be fully involved. I was not asked once by clinician how my relative’s function had dropped off a cliff, nor indeed what she was capable of doing prior to admission.

For me, the initial ‘head rush’ of my relative was astonishing – she was agitated with a blood pressure of 200/110. I subsequently discovered that high levels of cortisol had been suggested to be associated with acute stress in precipitating and/or sustaining delirium. (Neuroimmunomodulation. 2005;12:60–66).

Of course, I agree with letting the treating physicians to ‘get on with it’, but it was staggering how none of the rationalisation of the medications was ever communicated with me (including the discontinuation of the cholinesterase inhibitor). The cholinergic system has a key role in cognition and attention, and it is not surprising, therefore, that there is some evidence to support a role for cholinergic deficiency in delirium. For example, anticholinergic drugs can induce delirium and often contribute substantially to the delirium seen in hospitalized patients, and cholinergic deficiency is commonly implicated in the pathophysiology of delirium.

Bidzan and Bidzan (2012) have described a 62-year-old female diagnosed with Alzheimer’s disease, who on sudden discontinuation of donepezi experienced a worsening of the dementia symptoms, culminating in delirium. When donepezil was re-prescribed, the delirium resolved and the patient’s mental state stabilised. I would also find lorazepam and midazolam prescribed to my relative, without any communication with us, when it is believed by some that these can actively worsen delirium.

None of the following points from ‘Concise guidance to good practice’ from the Royal College of Physicians of London on delirium (2006) were followed in the course of my relative’s hospital admission.

“A history from a relative or carer about the onset and course of the confusion is essential to help distinguish between delirium and dementia
Patients at high risk should be identified at admission and prevention strategies incorporatedinto their care plan
Many patients with delirium are unable to provide an accurate history. Wherever possible, corroboration should be sought from the carer, general practitioner or any source with good knowledge of them.
The patient should be nursed in a good sensory environment and with a reality orientation approach, and with involvement of the multidisciplinary team.

Keep the use of sedatives and major tranquillisers to a minimum.
Review all medication at least every 24 hours.
Senior doctors and nurses should ensure that doctors in training and nurses are able torecognise and treat delirium.”

I feel that non-pharmacological strategies are the first-line treatments for all patients with delirium, and yet as a care partner I was offered absolutely no help with this. I was not encouraged over any reorientation and behavioral intervention, or advised on pretty standard advice such as using clear instructions and make frequent eye contact.

The hospital bed itself had a bed rail. But it is advised that, “physical restraints should be avoided because they lead to decreased mobility, increased agitation, greater risk of injury, and prolongation of delirium.”

As the ultimate insult, the hospital in question refused to talk to me about my experience of the admission as part of their ‘Friends and Family’ feedback, only because the relative in question had limited memory of the actual admission itself.

As a medical student,  I thought of delirium as a list of causes, and, even as a foundation doctor, I had little experience of it. But I do feel now it should no longer remain in the blindspot of some doctors, particularly as the experience was so distressing for me.

← Carers have to be valued, not treated as an inconvenience Ticking boxes and snazzy campaigns won’t be sufficient to improve ‘dementia rights’ →
Click to listen highlighted text! Powered By GSpeech