Assessment in Business Law and Practice for the Legal Practice Course 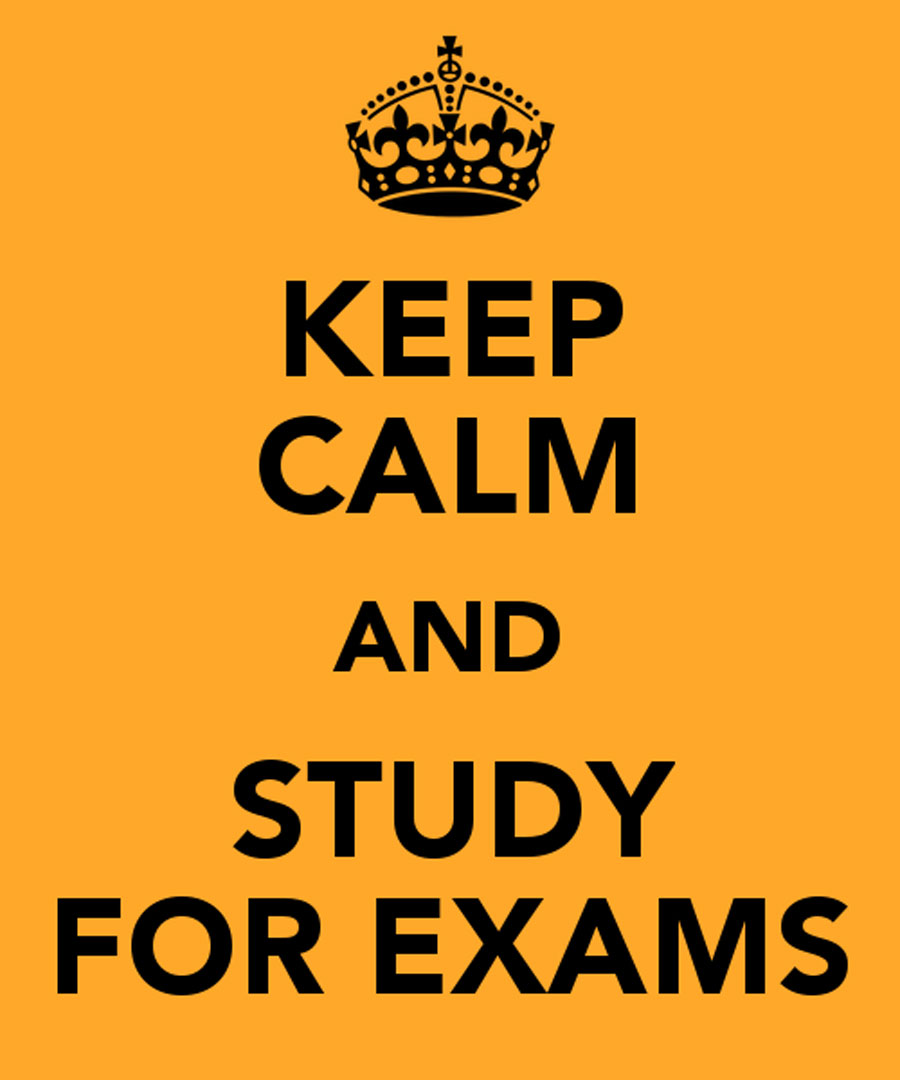 This blogpost is to provide with some clues about what you might expect for the BLP assessment for the Legal Practice Course. They are unofficial observations on the main three hour paper for BLP (the second paper is a multiple choice paper which is much shorter).

The aim of the main three hour paper is to offer you a series of fact patterns; and the aim is for you to make diligent assessments of the documents provided, for example, budget sheets or articles of association, to provide accurate advice for your client. A typical paper might consist of about seven questions, varying in length and contribution to the overall quantum of the paper. But there are certain favourite topics, which you would do well to be aware of. Please note that this blogpost should not be used as indication of what will be in your examination. The coverage of the entire syllabus has been pretty complete. For example, one of the questions not listed below is on business accounts, but you could find yourself discussing the impact of various commercial decisions on parts of the budget sheet. Any of the calculations you covered in the business accounts SGS could appear too. Please note that there can be variants of questions; for example the procedure plan might be focused on redemption or buy back of shares following some need to remove a director, for example, or the lead examiner might be much more interested in questions on setting up the original private limited company (exploring topics such as choice of business medium, or relative advantages or disadvantages of debt and equity finance). The main intention of the BLP exam is to ensure competence for aspiring solicitors to be regulated by the Solicitors Regulation Authority, though the assessment will also provide ample scope for working out who the distinction level candidates might be. It might be that the lead examiner might feel that certain topics, such as private acquisitions or employment, are best reserved examining in detail in some later point for elective options.

I am not a BLP tutor, so please don’t take any of the below as other than well meant hints and tips. Thanks.

The question on corporate insolvency could carry as much as about 15 marks.

In this question, for example, you might be informed that a company is in financial difficulties with a particular ‘fact pattern’. You might be told of a specific scenario, such as the company had recently disposed of an unused storage unit to an unconnected third party at a discount to its current market value.

You might be asked to advise what the implications were for the company (or its creditors) and for the directors of the company, for example. You might be expected to apply the “every step” defence preventing disqualification of a director, for example:

You will need to apply carefully the statutory law, and include if relevant possible defence steps.

More than offence could of course satisfy the fact pattern. You should however be very careful about considering other issues which on the facts are not relevant to the question being asked. This is not only a waste of time, but also does not produce any marks.

The candidates who do well on this type of question will methodically apply the relevant statutory provisions concerning such transactions to the factual scenario, giving precise and accurate statutory references. They analysed the proposed transaction, with frequent reference to the statute, and outlined the potential consequences for the client if the creditor went into liquidation or administration (namely that the court could order the transaction granting the preference to be set aside), in the same manner as they had considered such issues in the SGS.

2. Removal of a director

This might be quite a quick scenario for about 10 marks.

You might directed to consider some Proposed Articles, and, for each of three proposed articles, explain (i) whether that article was legally permissible, and (ii) whether it was commercially and practically suitable for a proposed limited company.

You might be given a fairly typical scenario of documents that had been served on the board of a company seeking the removal of a particular as a director and advise the board on the steps it should now take and the likely sequence and timing of events.

The question normally students to advise on the procedure to remove a director under s.168 and ss. 303-305 CA 2006. You might also be presented with the perspective of how a director could protect himself or herself from such an action.

Most students answer this type of question very well, but weaker students tend to give vague, generic answers on the commercial points rather than applying the given facts to the details of the question.

Such a question might expect candidates to prepare a procedure plan to implement the appointment of director A, the resignation of director B, the entry into the service contract of director A and the issue and allotment of shares to director A.

This is quite often the most significant question in the main BLP paper, attracting about twenty marks out of 80, i.e. one quarter of the total marks available for the overall BLP examination. The question also asked students to consider all post-meeting matters, to specify the order in which the steps must be taken and who needs to take each step. Students are told normally not to consider the written resolution procedure.

The majority of students will manage to achieve the marks available for basic points by setting out and explaining the board meeting, general meeting, board meeting sequence and standard resolutions required (e.g. board resolution to approve notice of and board resolution to call the general meeting). The question also asks students to consider who would take each step and to list the requisite filings and other post-meeting matters. Students are normally told not to consider the written resolution procedure.

However, there are often several distinct areas where weaker answers do not provide any or sufficient analysis, particularly if the procedure plan involves issuing shares; for example the detail of the procedure for issuing shares can be lacking in answers. Students need to focus on the five-step process for issuing shares in order to establish which resolutions, if any, would be required to score highly. Some students will lose marks by not giving full statutory references, e.g. MA 17(1)(b) to appoint a director, and MA 9(1) in relation to calling a board meeting. Some answers did not show sufficient attention to detail, for example by failing to state what would happen, in the correct order. Some students said that the existing directors would resign before the replacement directors had been appointed.

This could be asked about in a number of ways.

Students might be asked  to identify any typographical, grammatical or formatting errors or inconsistencies and any incorrect or inconsistent use of defined terms. This part of the question tested students’ attention to detail and their knowledge of the conventions of good drafting.

Students who earn good marks on this part of the question were those who paid close attention to detail and were therefore able to spot a wide range of errors. Weaker students will not pay sufficient attention to detail and fail to spot basic grammatical errors and other inconsistencies such as incorrect use of definitions, inaccurate cross–referencing and use of singular vs. plural terms.

A few students will fail to read the question properly and either re-drafted the clause or commented on the substantive drafting rather than identifying typographical, grammatical or formatting errors.

A student might also, for example, be provided with a  “blue pencil” clause, to examine whether a student can assess a clause is likely to be too onerous or unlawful.

The facts might, for example, point to a substantial property transaction (applying ss. 190(1)(b) and 191(2)(b)) between a company and a person connected to one of its directors, the director’s father (ss. 242(2)(a) and 253(2)(e). High-performing students made specific reference both to the elements of the relevant sections and the facts provided in the scenario, to back up this conclusion.

A second part of the question asked students to explain the consequences for the company and its board, if the relevant provisions were not complied with. For example, most students would correctly cite relevant subsections of ss. 195 and 196: credit was awarded both for stating that the transaction would be voidable (not ‘void’) and for identifying individuals who, in this scenario, could face personal liability.

Students are given information about an individual’s financial affairs and told that the client is seeking advice about her income tax and capital gains tax liability.

In the aternative, Corporation tax can be asked in a number of ways, such as how anticipated losses could affect corporation tax liability, or how “straddling” comes about, when a company’s accounting period does not match the financial year.

You may also be asked about the specific scenario of the tax condideration of a ‘close company’ covered in SGS.

Your client, for example, has requested advice as to whether or not it should invest as it had been told it was a “very good bet‟.

This has not only been covered in the BLP SGS but also in considerable detail in the ‘decision tree’ worked examples for the PCR SGS.

You might be asked a question related to the proposed acquisition of A by B and asked, students to consider the advantages and disadvantages of structuring the transaction as a share sale, from say B’s perspective. Students will generally given credit for sensible points, including the following:

This question might alternatively ask candidates to consider whether a company could pursue a claim against the Seller in respect of problems with vehicles it had indirectly acquired following its purchase of shares. Most candidates , foe example, would therefore be expected to suggest that the company should review:

← The Liberal Democrats and UKIP should pledge to repeal the Health and Social Care Act How do we interpret the significance of living well with dementia? →
Click to listen highlighted text! Powered By GSpeech