By shibleyrahman in Politics on December 27, 2014. 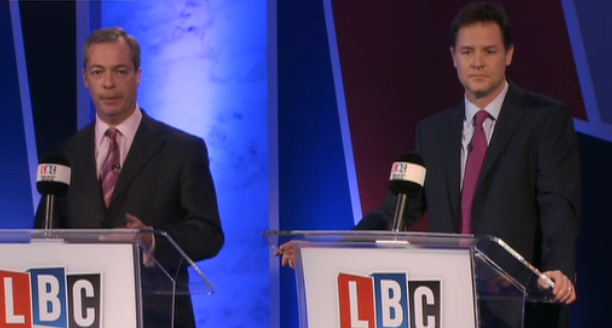 Ed Miliband, Andy Burnham, and the whole of Labour have pledged robustly that a direction to repeal the Health and Social Care Act (2012) will be made in the first Queen’s Speech of a new Labour Government.

It is said that David Cameron and Nigel Farage are to be issued with a joint challenge to declare that they will rule out any attempt to repeal the ban on foxhunting if they form a pact in the event of a hung parliament.

Evan Harris on 6 March 2012 identified the impact that the Lansley legislation would have to turbo-boost marketisation and privatisation of the NHS.

He warned Liberal Democrat colleagues not to touch it with a bargepole:

“It has no friends among even the non-party-political royal colleges, and has no mandate in those areas where it goes beyond the coalition agreement. The political impact will be to retoxify the Tory brand – which they are welcome to do, of course –, but also, by association, to damage the Lib Dems.”

The assurances given by Lord Clement Jones have turned out to be hollow:

“In putting down amendments, we have no hostility to competition as such, merely a desire to make use of the opportunities that the TFEU and European competition law offer member states to avoid the NHS being treated like a utility, such as gas and electricity.

Under the EU treaties, Article 106 of the Treaty on the Functioning of the European Union states:

“Undertakings entrusted with the operation of services of general economic interest … shall be subject to the rules contained in this Treaty, in particular to the rules on competition, insofar as the application of such rules does not obstruct the performance, in law or in fact, of the particular tasks assigned to them”.

This year saw Cambridgeshire and Peterborough NHS Foundation Trust awarding G4S Integrated Services a £3.9 million contract to provide domestic cleaning, portering and catering support across its property portfolio. The three year agreement, with the option to extend for a further year, will see G4S initially delivering services to 34 sites across Peterborough and Cambridgeshire, with further locations likely to be added in the future. Cleaning will be provided across the contract, with additional portering services and catering support at some specific sites.

Privatisation does not require a complicated definition. It’s simply the transfer of public sector resources into the private sector. Even the late Sir Keith Joseph, widely thought to be “brilliant” by the late Margaret Thatcher herself, and who was thought to be the principal “architect” of Thatcherism, ended up trying to keep afloat businesses in the public sector rather than privatise them. This was during his time as Secretary of State for Trade and Industry.

There is generally a feeling that the Coalition government, a joint enterprise between the Conservatives and the Liberal Democrats, went much further in privatising the NHS than the Thatcher government even dared to. And the worst aspect of this was there was absolutely no inkling that this would happen. There was no mention of this even in the Coalition Agreement of 2010.

There is no official policy by UKIP on the NHS yet.

This is absolutely staggering. The late Tony Benn used himself to warn people against voting for people who are ‘false prophets’. UKIP seem alarmingly reluctant to acknowledge the number of people from black asian minority ethic background who actually work for the NHS and bring value to it everyday.

It is now felt that there is quite a high chance of a ‘hung parliament’, although Labour activists are desperate to fight for a Labour government at Westminster with a healthy majority. It appears that the mainstream right-wing press have given up the ghost, in the form of David Cameron.

It is curious why the Conservative Party haven’t ditched their leader, like they did famously in 2010, but the most parsimonious explanation is that it would make sense to find a new leader after the expected catastrophe of the 2015 election. Ditching Cameron now might mean that they would have to ditch a new leader further in 2015. Besides, the Conservatives and Liberal Democrats have become a tried and tested product as far as the City are concerned.

The current Government, and people who sail with her such as BoJo, have fiercely defending the City’s interests in Europe as far as banker bonuses are concerned. They have resisted the ‘Mansion Tax’, which is widely thought to be introduced by Ed Balls as Chancellor in the first Budget of a Labour Government, as a windfall tax to produce a cash injection into the NHS. Furthermore, the City still has lucrative contracts in the form of the private finance initiative which have yet to be renegotiated properly from this Government; and also they have been very successful in promoting social impact bonds, the PFI equivalent for social enterprises, with the current Government which has used mutualisation to Trojan horse rent seeking in response to Mid Staffs.

Certain dividing lines have now got to be laid for the sake of the public good.

I feel that it is essential that David Cameron, Nick Clegg, and Nigel Farage are to be issued with a joint challenge to declare that they will rule out any attempt to resist the repeal of the Health and Social Care Act (2012).

Nigel Farage, for all his faux socialist credentials, seems unseen to resist formally the privatisation of the NHS; in fact his henchmen over the years have prided themselves on the ‘efficiency’ of the private sector, despite the growing allegations of fraud and inefficiency from the outsourcing companies used by the current government to deliver the smaller State.

Nick Clegg not only has a PR problem; he has a major issue with the content of what the Liberal Democrats stand for. It is widely known that there is discontent about his party’s ‘differentiation’ policy, which has seen the Tories and the Liberal Democrats telling the voters why each other party is clearly unfit for government. The charge sheet against the Liberal Democrats, including a weak economy (not enough till receipts from income tax to fund public services), demolition of legal aid, privatisation of NHS, misery for a mass of disabled citizens through botched welfare reforms, is substantial.

A lot of energy was put into fighting the Liberal Democrats on the toxic firestorm hospital closure clause, clause 119, which the Liberal Democrats were instrumental in protecting. Norman Lamb, for all his soothing words, has been the Minister of State in office while social care has imploded; the social care budget has not been ring fenced, coincidentally, since 2010.

There was a popular joke on Twitter this year that turkeys joked, “It’s like humans voting for UKIP”.

David Cameron, if he is still leader in 2015, or whoever is in charge of that toxic brand, will clearly be in no position to repeal the Health and Social Care Act (2012). The least worst option is that the Liberal Democrats and UKIP should pledge not to resist the repeal of the Health and Social Care Act (“Act”), but the hope is that a strong Labour government will have renewed vigour in assessing the political weather. Even better, they should pledge to repeal the Act.

The vote is the most critical weapon of influence any of us has. Even more than ever, it is vital that it is used wisely.

← Can you have ‘half believe’ in dementia friendliness? Assessment in Business Law and Practice for the Legal Practice Course →
Click to listen highlighted text! Powered By GSpeech