Home » Regulation » The GMC needs to get its house in order, before it starts lecturing others

The GMC needs to get its house in order, before it starts lecturing others

By shibleyrahman in Regulation on August 16, 2018. 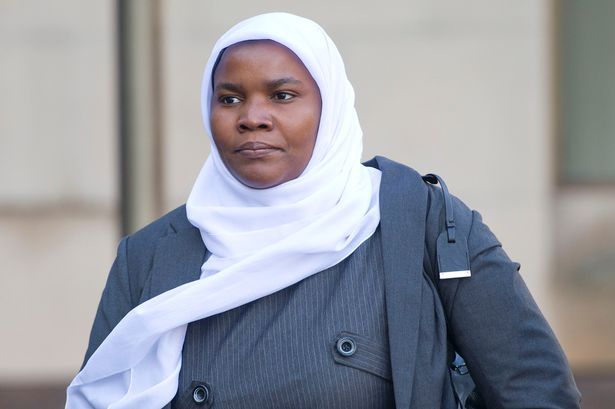 I still personally find the death of Jack Adcock devastating.  The reason for this is that I know how stressful it can be to be a carer experiencing the NHS, and my own cousin lives with Down’s syndrome.

Anyway – we can all agree that the BBC and GMC are both “national treasures”.

No – that didn’t quite sound right.

Both the BBC and GMC are funded from members of the public and all Doctors akin to taxation. They both misuse public funds to go on witch-hunts, and court popularity in doing so. And they both act as if they are above the law.

We live in a democracy, where freedom of expression is cherished, even though under no interpretation can GMC cases be seen as ‘entertainment’ from the BBC.

Patient campaigners have long warned about ‘cover ups’.  But they indeed strangely disappointed when the Court of Appeal judged in favour of Dr Hadiza Bawa-Garba. To rule in the GMC’s failure, erasing her from the GMC medical register, would have led to the most enormous of cover-ups.

“Nothing to see here”.

It is easy to underestimate how truly appalling the monitoring of Dr Hadiza Bawa-Garba was, with numerous postgraduate qualifications in the difficult discipline of paediatrics. The differential diagnosis of a child who is clearly not himself is huge. The full power of the media were able to whip up the narrative of a Nigerian doctor committed an offence ‘against one of us’. That is the most alarming aspect of the whole business, along with how racially biased fitness-to-practise cases are in front of the GMC.

This was never about #BawaGarba in a way, but as they say in the latest Mission Impossible film, ‘everybody was expected to play their part’. #TeamHadiza surprisingly paid a big part by crowdfunding a massive cover-up by the GMC into discussing system factors in healthcare.

This week, I revisited a postgraduate medical course which I had last done in 2002, before a monumental cover-up into how sick I was was effected. I nearly lost my life in 2006, but I live to tell the tale (just, despite the cardiac arrest.)

In that course, many Doctors had told me about very sick patients they’ve had to face, obviously without breaking any confidentiality, and how medicine is not always entirely predictable or an exact science. You could give a therapy that could worsen the actual diagnosis, because the details of the actual diagnosis have not revealed themselves yet. Learning not blaming is critical for this.

On Twitter only today, I was told by a member of the general public that dementia is a normal part of ageing. That is, however, fake news, and it is hard to deny that there exists an information asymmetry between doctors and patients.

Suddenly, many patients became experts on how easy it was to diagnose sepsis.

Think to yourself about a thought experiment. Imagine if the details of the Bawa Garba case had been anonymised, so that you knew nothing about her identity. Pretend it’s like judging a paper for peer-review. Now imagine that it could never have been reported upon in the media, identifying the person.

Would this have altered the balance of ‘public interest’ or ‘interesting to the public’? I believe so certainly.

“Public confidence” cannot be measured accurately if the regulator depends on the Daily Mail’s readership for support, I feel.

Bawa Garba was given the same degree of knee-jerk hostility as Cliff Richard, with both parties knowing very little about the facts mostly.

And they’ve both had to pick up the pieces, with a few people conveniently forgetting that they would require rehabilitation.

One could argue that they are both indispensable, after all, depending on how much you ‘like’ them.

We need to have a debate about “human factors”, or whether ‘medical manslaughter’ needs to be better defined where the dividing line between risk and uncertainty is sometimes blurred.

We need to have that debate urgently on ‘learn not blame’. The GMC admits it ‘got it wrong’. A concession is that it does not intend to appeal the Court of Appeal judgment at the Supreme Court. The GMC could perhaps use the money, and its statutory duty in medical education, to improve yet further the clinical skills of this Consultant to be.

I strongly feel the regulator misused its power, and, if you’re talking about accountability, I think Charlie Massey ought to resign as he hasn’t ‘raised a difficult issue’ in a helpful way, but actually has done a considerable amount to decrease confidence in the medical profession. But everyone makes mistakes, even the GMC, even if ‘sorry’ is the hardest word for it.

← Ticking boxes and snazzy campaigns won’t be sufficient to improve ‘dementia rights’ Why I think Labour is wrong over Brexit →
Click to listen highlighted text! Powered By GSpeech