Home » Politics » Yes, I am getting totally sick of NHS campaigners too

Yes, I am getting totally sick of NHS campaigners too

By shibleyrahman in Politics on November 27, 2014. 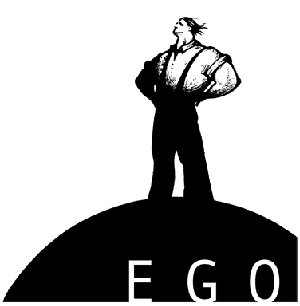 The tragedy about the context to what I am about to say is that the NHS is THE issue of the next election.

Cameron is not a leader. He’s a manager, and not a very good one.

A couple of days ago, the ‘New Economics Foundation’ published an interesting report on how the NHS reforms had been sold on false pretences.

It was an excellent report.

The story starts in the 1980s with full gusto.

Market-based reforms began in the 1980s, when support services were first contracted out, but, according to the report, continued in the 1990s, with the creation of an internal market for clinical services.

The claim  was that increased competition can improve both efficiency and quality of care is a central justification of market-based reforms and the Health and Social Care Act.

But many of us knew this was utter bollocks.

Reams and reams of evidence was published to the contrary, such as on the LSE blogs.

On page 5 of the Report, the experience from Serco makes chilling reading:

“Before pulling out of the Cornwall contract, Serco had replaced clinicians on its out- of-hours service with call-handlers who did not have medical training but followed a computer-generated script. The new system quadrupled ambulances called. Call handlers were then told to make new checks before calling 999 when they received what appeared to be emergency cases, so that managers could cut down the number of referrals they made to the ambulance service. A leaked management email to staff described how they should use their computer system to meet targets set down in the company’s contract on 999 responses.”

On the “private finance initiative” –

“This is a scheme that enables private companies to design, build and operate NHS (and other) facilities, using capital raised through financial markets, and then rent them back under long-term contracts lasting 30 years or more.

First introduced by the Major government, this approach was popular with New Labour, with nearly three-quarters of hospital building schemes funded through PFI between 1997 and 2009.”

And desperate Dan Poulter pulled the same rabbit out of the same that last week.

Labour “started it” with their NHS Competition and Co-operation units. They started it with their “Independent Sector Treatment Centres”.

One – the breach of the “four tests” in reconfiguration, which saw Lewisham win both in the High Court and Court of Appeal.

Second – the legal provision in section 76(7) Health and Social Care Act (2012), from the current Government, of a threat if services do not go to out to competitive tender if there is not a sole bidder.

People saying the Clive Efford Bill didn’t go far enough – except nobody said it would abolish the purchaser provider split, PFI, the £2bn funding gap, Foundation Trusts or mutuals, or advance integration of health and care.

NHAP and KONP have gone mute on integrated care and whole person care.

There is absolutely no doubt that the situation where NHS hospitals cannot discharge patients to social care is a situation which cannot carry on.

NHS campaigners seem more concerned about proving how correct they are, than offering constructive thoughts on, say, how to improve wellbeing in long term conditions.

Mid Staffs in some quarters has furthered a toxic atmosphere of malice and retribution, and a culture of fear and nastiness, rather than thinking about how things can improve.

And it has produced a generation of journalists who are the new model jury of the health and care professions.

… except regulation of primary care was not built entirely around Harold Shipman… Harold, under a Tory Government, in case you’re wondering.

No wonder the Staffs area was plunged into a recruitment crisis after all their negative publicity.

GP surgeries are shutting like no tomorrow, and yet Hunt puts pathetic above more pathetic, while some of us are trying to put people before profit.

There will be only one party of Government on May 8th 2015. It might be a temporary Government but we don’t know who it is yet.

UKIP has made utterly contemptible comments about the NHS in the past which are well documented. The idea that Labour can work with UKIP in promoting the NHS is more than disgusting.

So another week and it’s the same old same old tired discussions.

It’s clear to me that some people prefer the foreplay to the actual act.

And it’s entirely all driven by egos. Again.

← Who exactly is in denial over the Clive Efford Bill? Welcome to Political Blogs →
Click to listen highlighted text! Powered By GSpeech