Home » Politics » Whisper it softly. Jeremy Corbyn may even be a strength for the Labour Party.

Whisper it softly. Jeremy Corbyn may even be a strength for the Labour Party. 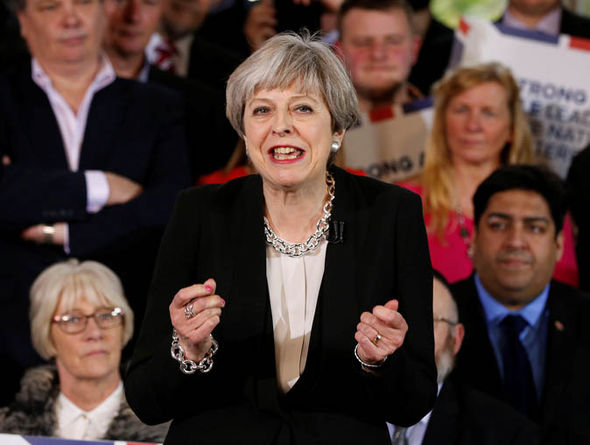 One of Jeremy Corbyn’s ‘trump cards’ was that Jeremy Corbyn’s personal vigour and attractiveness had attracted an unprecedented number of younger voters to the Labour Party. Lord Ashcroft’s recent breakdown of the demographics of the people who’d voted in the 2017 general election revealed that many older people, despite the policy disasters over the winter fuel allowance or the ‘dementia tax’, had decided to vote Tory. Critics of Jeremy Corbyn always insisted that these younger voters would never pull their finger out to go to vote Labour. Even when pictures appeared on Twitter of queues of young people voting in predominantly University towns, there remained a hardcore contingent who insisted nothing could be read into the turnout from such spurious anecdotal reports.

Owen Jones, to be clear, blamed himself as part of a collective failure ‘of the left’ to get their message across. But I disagree potentially with an important nuance of this. I don’t think it was ever held in doubt that it might have been unconscionable not to give nurses a pay rise. I believe even the most hardened belt-tighteners saw this as fair. John Rentoul for some time appears to have insisted, though I may be wrong, that ‘left wing policies’ are not instrinsically attractive. I think this needs some considerable qualification, even if you agree with the premise that there exists a very clear subset of ideas which are definitely left wing.

Supporters of Margaret Thatcher had for a long time resorted to drastic extremist arguments to make their points about state ownership. This varied, for example, from the ludicrousness of having a State removal van company such as Pickford’s, or how one would never contemplate a state-owned supermarket. But I feel this was the first step in taking voters for idiots. It was painfully clear that Southern Rail has been operating as a disaster. The Tories tried to discredit the costings of Labour of returning private rail into state ownership, but leading economists maintained that their criticisms were false.

It is well known that Andrew Lansley had in mind the utilities companies, such as British Telecom or British Gas, when thinking about ‘liberalising the market’ in the NHS. However, in economics, basic principles matter. The provision of healthcare is highly complex, and not everything is a homogeneous product such as water or gas. It is possible, conceivably, to hive off high volume and cheap services as hernia repairs into the private sector. But the issue boils down to whether you feel that market failure is a price worth paying for “market forces”. Tony Benn used to remark that whenever he saw a homeless person sleep under Waterloo Bridge he used to think of “market forces”.

If you leave anything to the market, there is always the risk that there will be large swathes completely not covered. For NHS patients, this is a disaster, if patients with rarer diseases bear the brunt of lack of coverage just because it is not profitable. This is the problem with taking a liberal view to the market, as indeed the Liberal Democrats had in 2012 pursuant to New Labour earlier.

Whilst it might appear easy to ‘ringfence’ younger people with younger issues, these are in fact issues which ‘cut through’ quite a large range of people. I ‘get that’ university fees are likely to affect predominantly people thinking about going to university imminently, but even this is not clearcut due to the mere existence of parents. The NHS is relevant to anyone for promoting health or fixing illness – or even delivering a baby. And the cut through continues for issues such as social housing too, where the purchase of a house to buy to build up your life is unaffordable.

The problem now for Labour is whether it develops a false sense of triumph from all of this. That would indeed be a disaster. It is true that Labour managed to make inroads last Thursday on results night in some weird and wonderful places, such as Kensington. It is overall true that Labour did in the end benefit from a ‘remainer’ vote – of people voting who perhaps saw Labour as an achievable way of slowing down a “hard Brexit”.

But the problem remains for Jeremy Corbyn for continuing to preach to the converted. There is an argument that ‘one last heave’ might well do it. It’s essential to remember that the Conservatives’ campaign was sensationally catastrophic. I am not sure whether it will become sufficient for Nick Timothy and Fi Hill to take the cop for the disaster, or whether the mission will creep to Sir Lynton Crosby and “strong and stable” Theresa May herself. The Liberal Democrats campaign was pretty dire too, although I don’t take away the achievement of Sir Vince Cable of returning to frontline politics. Remember it was Sir Vince’s acumen that had written off Jeremy Corbyn completely until only last week? The Liberal Democrats’ manifesto seemed to offer obfuscation for delivering Brexit, some spin on drugs of abuse, and little else. Oh yes, and it was launched in a night club surrounded by some controversy over gay sex.

Whether it’s shrugging off “the past”, or a failure of teamwork with some people who clearly can’t tango either, Jeremy Corbyn has become the lightning conductor for everyone else’s faults in Labour. I feel that while Corbyn has not got everything right, and I have supported him like every Labour leader for all of my adult life, he has got some of it very right. He has tried to communicate his message through his rallies when it is clear that none of the mainstream media have given him the time of day, resorting to innuendo and further innuendo. And that message is highly relevant to many people. And he offered a vision that was understandable by many – the many who understood, as Nick Timothy identified, that austerity had failed, indeed caused further problems, and was accelerating the decline of England.

An unknown is whether the Conservatives would have won if they had got rid of the robotic memes from their campaign and looked as if they did not wish to punish the older vote. Being a longstanding voter on the Left, I can’t help feeling the Tories are a busted flush, but it will take just one single mutation of their offering, like making their leader Boris Johnson, to throw everything into turmoil. On a more pragmatic note, the ‘supply and confidence’ relationship with the DUP is not an ideological marriage made in heaven, and a Government which only just manages to get its Queen Speech passed cannot be considered ‘strong and stable’. It is just as well that Donald Tusk and Jean-Claude Juncker always thought that the argument that an increased mandate would mean a stronger negotiating position was complete and utter bollocks.

The adage is of course that oppositions don’t win elections, but governments lose them. There is little more to lose from Theresa May, who somehow branded herself into a toxic brand. The reality is that all of this has happened at a terrible time, when issues such as our membership of the single market or the customs union should not be decided by a Conservative administration which has lost its majority and to all intents and purposes on life support.  I entirely get that there will be people who will never vote Labour because of Corbyn, but I can tell you hand on heart there were plenty of people in Labour who felt they could never vote Labour because of Blair or Brown.

The fact that Corbyn did manage to win two leadership elections, and poll a share of the vote only second to Clem Attlee, is a disaster for all those pople who had diarised June 9th as the start of the campaign to get rid of Corbyn. Of course the current MPs could take to the media studios, like they did in support of THAT chicken coup, to finish off this government. The truth remains that many of them did not get elected because they hid Jeremy Corbyn out of sight – but that Corbyn in fact spoke to their needs in a way that Tony Blair didn’t. A lot of them could pretend to support Jeremy Corbyn.  I suggest that those who want a senior job in his shadow cabinet at least make an effort to.

These are interesting times. What I disliked about the previous lack of support of certain journalists was the fact they knowingly were determined to extinguish my hopes as a well meaning left wing voter, but likewise there are plenty of people like Paul Mason, Steve Richards or Gary Younge who at least were sympathetic. But as far as I’m concerned it has to be water under the bridge. We now need a period of reconciliation to rebuild a country which has been savaged by war.

As I said, we live in interesting times.

← The first general election of 2017. My experience as a young-ish ‘Corbynista’. The need to heal →
Click to listen highlighted text! Powered By GSpeech