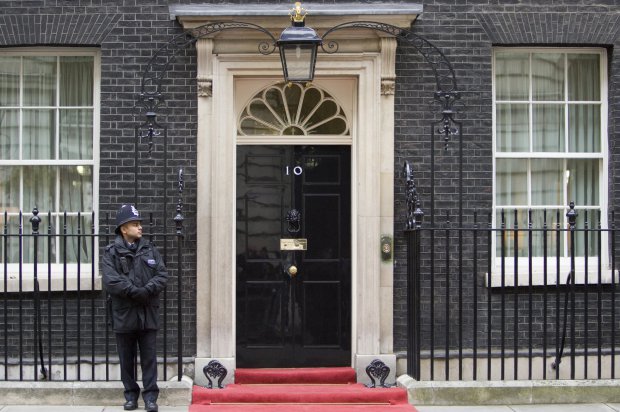 Theresa May’s team can be congratulated on achieving one thing in particular.

That is, her team have produced an incredibly boring campaign.

The campaign can best be summarised as, ‘Vote for me because I’m not Jeremy Corbyn’. And – given the historic state of the opinion polls, and the past behaviour of the rebellious Labour MPs, this might have seemed like a bullet-proof strategy.

I’ve voted Labour all of my adult life. I am aged 43. I have indeed voted for Tony Blair’s national government three times. I’ll be voting for Jeremy Corbyn.

The Head of English at my school once wrote on my term’s report: “Shibley sometimes has very interesting things to say, but his approach is very vernacular.”

I was so disappointed, I looked up what ‘vernacular’ means.

And that’s exactly how I feel when I see Theresa’s team campaigning – it feels ‘wooden’.

When I hear the phrase ‘strong and stable’ robotically activated, I despair.

I know people are on the whole uninterested in politics, but even a cursory glance at Theresa May’s record identifies her lack of strength and stability as a political force.

One is reminded of Groucho Marx’s famous saying, “Those are my principles, and if you don’t like them… well, I have others.”

And May has done U turns which are too many to mention: like the funding of school dinners, whether to hold an election at all, whether to leave the European Union, and so on.

Whatever is the truth, I am in no doubt it is the public perception that matters.

When Gordon Brown ‘dithered’ about whether to hold an election or not, the media were flooded with complementary similar stories about how he cannot make his mind up about ‘dunking’ Hob Nobs.

And when you would have expected Theresa May to be ‘strong’ in defending an ideological stance, which indeed some in her own party will support, there’s not a “sausage”.

I am no clearer now than when the Conservative manifesto was published about why it is not a good idea to socialise the risk of getting a long term disability such as dementia – and we should make people with lots of money pay with their houses albeit after their death.

Theresa May has made it all about her.

You may dislike Jeremy Corbyn’s ‘style’ . Indeed, you don’t know how many times I have come to close to throwing rotten tomatoes at my TV set when he gets ‘angry’ when on his rallies.

But the content of Jeremy Corbyn is clear enough – whether you find it agreeable or not.

There are, however, reasons to be not so cheerful at Theresa May’s ‘strong’ style of communication.

Do you remember how she talked around the subject of whether a Trident missile had been misfired in the sea?

Or do you remember how she refused to explain, several times, how new money would be made available to the NHS?

To all intents and purposes, Theresa May seems to be ‘just about managing’ to keep her show on the road.

There can be no doubt that, even if one has grave reservations about the messenger, Jeremy Corbyn has sufficient patriotism and pride in his country not to see the NHS, social care, housing or schools go to pot in the next five years.

The narrative had been in 2010: “Give us a chance, and we’ll fix the economy. And you’ll live happily ever after.”

And despite valiant efforts from the BBC and Sky, and some judicious use of ‘smears’, this has clearly been outed to be a complete lie.

We have ‘paid’ through the roof for austerity – some more than others, ask any families of disabled citizens who have committed suicide because of the welfare reforms.

And national debt has gone through the roof.

Margaret Thatcher always used to talk of her ‘strong foundations’, but it is crystal clear that George Osborne’s legacy, apart from a personal knighthood, has been a gig economy kept alive through poor workers’ rights.

And look at the state of A&E departments nationally.

Whilst the opinion polls were so bad for Jeremy Corbyn, in no small part due to the monstering Corbyn has had from all parts of the mainstream media, it has been easy to maintain the ‘Corbyn is incompetent’ narrative.

But the ‘Theresa May is incompetent’ narrative is much more damaging for the Conservatives.

If the Conservatives’ campaign is indeed all about her, it does matter if her answers to Andrew Neil as a whole are catastrophic.

I have racked my brains about how people who dislike Jeremy Corbyn feel.

I think their last throw of the dice was ‘unleash Corbyn’ in the hope that once the public truly saw what he was made of they would instantly find him repulsive.

People who dislike Corbyn genuinely find themselves between a ‘rock’ and a ‘hard place’.

The argument has long been: “He is unelectable” and “We can’t get rid of him.”

The “He is unelectable” mantra has been thrust at every opportunity – whether in the Manchester mayoralty race or the Stoke by-election.

And while Corbyn does seem to tap into something, it might indeed be difficult to get rid of him.

And that’s ironically where it all started.

Angela Eagle MP said it was all about ‘real leadership’, but few people can criticise Jeremy Corbyn for putting a good effort in a resilient performance despite having to re-invent his shadow cabinet several times.

And the leadership is authentic – and now we know it has a vision (whether you agree with it or not).

The wheels of the alternative vision are rapidly falling off – Nigel Farage is increasingly looking like a used cars salesman off ‘Only fools and horses’ and Katie Hopkins has ‘left’ her LBC show by ‘mutual agreement’.

With two weeks to go – there is all to play for. The disadvantage of the poll lead narrowing for Theresa May is that Tory voters will know that they cannot necessarily take victory for granted.

I must thank my friends and colleagues at this point, finally – including Paul Mason, “chunkymark”, Steve Topple, Dr Éoin Clarke, to name but a few.

And also Liam Young – who has, even when Corbyn’s made was truly ‘mud’ – has heroically put the case forward for Jeremy Corbyn for many months now on the Independent.

That is where Owen Smith and Angela Eagle got it so badly wrong.

The strength in the Labour leadership is its collective nature. If you look at Theresa May’s team, you’re hard pressed to identify the other strong players – such as Boris Johnson or Phil Hammond?

There is something we can all learn from the damp squib nature of the May campaign.

But if she happens to win, there’ll be a lot of soul searching by many.

← It’s time we spoke about ‘the dementia tax’ a bit Theresa May’s campaign is the pits →
Click to listen highlighted text! Powered By GSpeech