Home » Politics » The first general election of 2017. My experience as a young-ish ‘Corbynista’.

The first general election of 2017. My experience as a young-ish ‘Corbynista’. 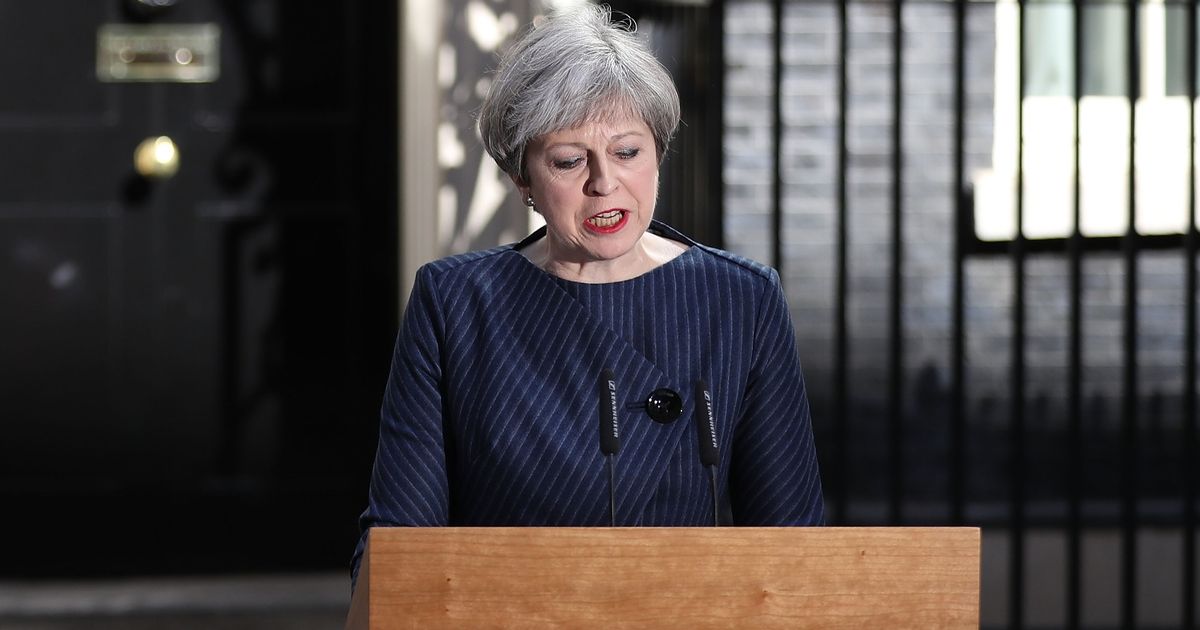 I’m not a member of “Momentum”, though I was mildly amused by Andy Marr making reference to the Momentum uniform of the Royal Guards during the recent election coverage. I don’t in fact know what a ‘Corbynista’ is, though I have heard it invariably used as a term of abuse – somebody who is quite young, an ‘entryist Trot’ who doesn’t know what he’s talking about, some member of a cult supporting Jeremy Corbyn.

To disappoint you – I have consistently voted for the Labour Party at every general election since 1992. I am currently 42, and I’m hoping to make my 43rd birthday on June 18th this year.

There was a time when I thought I wouldn’t make my 33rd birthday. Well, sort of. I was completely unconscious at the time, being kept alive on the ITU of the Royal Free where it was anticipated that I would never leave the hospital at the time.

I thought the manifesto proposed by John McDonnell and others was excellent. It contained ideas I mostly agreed with, and was relevant to people Labour moderates might call “aspirational”. There was an offer, for example, about tuition fees, which would have given younger people hope.

I had no problem with the manifesto. I liked it because it genuinely inspired hope not fear, and, as the meme goes, was for the many and not the few.

I knew it wouldn’t be anywhere near that – nor did Paul Mason, YouGov or Survation.

He had seven weeks to close a gap, and he did it. Friends of mine would sometimes say to me that they’d heard Corbyn for the first time, and that they were ‘surprised’. The one advantage of the plethora of MPs and all of the media in rubbishing Jeremy Corbyn was that they managed to set the bar for expectations so low. So, when Corbyn started closing the gap, I feel that a critical momentum was achieved, whereby some people were no longer ashamed to say they’d be voting Labour.

During all of this, there was a small but robust band of intelligentsia who could not bring themselves to vote Labour, but needed to vote Liberal Democrats. Those of us who’ve paid any attention to the Liberal Democrats knew that the visceral hatred of Nick Clegg to Labour members is torrential.

I don’t know whether the social media ever ‘converted’ anyone into anyone to voting for Labour, or ‘holding your noise’ and laterally voting for Jeremy Corbyn. I do know however it was great fun, with a strong band of people on Twitter being able to rebut virtually anything. The accusation, of course, is that this was simply furthering an “echochamber”, but many of us felt we had no choice. We felt, not to generalise, that our views were largely misrepresented or totally ignored by the mainstream media.

So, the idea of Jeremy Corbyn being an IRA ‘sympathiser’ was easy to rebut with clear explanations of how Tories had also met “unsavoury” people. A classic example of this was when Emily Thornberry asked Sir Michael Fallon what he was doing meeting Assad in 2007, when he was not even a member of Government.

I’ve never personally understood the expected efficacy of the “magic money tree” argument. Most people who support Jeremy Corbyn are well aware that the economic competence of the Tories is simply the myth. It was tacitly acknowledged that the large national debt of the country had not been well controlled. The deficit target which Sir George Osborne had set for 2015 had mysteriously been extended to 2025.

But it was not simply an issue of the existence of the money tree which caused problems.

Whenever Paul Mason was asked about the ‘magic money tree’, or indeed “Chunkymark” was, the reply would come, “Oh, don’t worry, the magic money tree does exist. It’s in the Bahamas”.

The Panama papers had been recent events, and people on Twitter were accustomed to seeing a particular prominent member of the Cabinet appearing because of her tax avoidance allegations.

I was once warned, “Shibley – be careful. It’s not just the content of what you say that matters, it’s also the style.

When I was watching the BBC Question Time event with Theresa May, I felt the content and style of the answer to the junior nurse who had been denied a pay rise for years was awful. May’s answer that ‘the money tree doesn’t exist’ showed a complete contempt of her situation, also given on the whole voters don’t do “macro”. It showed a complete misreading of the problem with stagnant wages but rising bills, what Ed Miliband might have referred to in discussion of the “squeezed middle”.

This seemed totally inconsistent with the Tony Benn aphorism, “But there’s always money for wars”. There was a fundamental issue why it seemed that the number of hospital beds was being cut, or cuts in social care were rampant, and yet somehow money could appear by magic for vanity projects such as grammar schools or HS2.

As someone who has now voted for Jeremy Corbyn twice, it was incredibly demoralising to see John Woodcock slag off the leader of my political party in public on a repeated basis, or the appearance of complete lack of interest in Jeremy Corbyn’s campaigning from Ben Bradshaw, Hilary Benn, Yvette Cooper, Jess Phillips, Wes Streeting and so on.

And yet again the media would appear the same memes – for example ‘terrorist friends’, economic incompetence (and yet not seeming to worry about the fact that the Conservative manifesto was completely uncosted), raving Trot or Marxist, ‘red under the bed’.

There’s no doubt in my mind, however, that the mainstream media overplayed their hand. There was a complete U turn from Polly Toynbee, but frankly my dear I don’t give a damn. It was far too little too late. Owen Smith MP who was effusive with praise for Jeremy Corbyn had spent months last year trying to take Jeremy Corbyn to the cleaners politically, and failing.

I do think there were people who are genuinely unsure though. I felt this with Owen Jones, who was faultless once the general election was imminent.

The irony now with all the terrorist friends accusation is that the Conservatives need somehow to form an arrangement with the DUP for survival. And it is a fact that all the seats provided by the progressive alliance would not be sufficient to get above the magic number of 326. The argument that Jeremy Corbyn’s appeal was restricted is tempered by the real fact that he obtained a share of the vote only bettered by Clem Attlee.

Everywhere you looked, the Theresa May campaign looked desperately out of touch – Trident, for example, is of limited use in a NHS cyberattack or a terrorist in a built up metropolitan area.

I don’t think many people are sitting down to dinner to discuss Nick Timothy or Fiona Hill. But the conversation topic of how Theresa May spent £130 million to conduct a referendum on herself and lost might come up. It was May after all who demanded a stronger mandate to start the Brexit negotiations. She now has fewer parliamentary seats, the programme for Government will be presented in only a week’s time, and has become a mammoth laughing stock as far as Juncker and Tusk are concerned. Whatever is unclear, it’s pretty clear her negotiating position as regards the DUP or the European Union is the opposite of “strong and stable.”

The Theresa May campaign, from the perspective of a junior ‘Corbynista’, was the worst in my lifetime. I can’t remember anything as catastrophic as the Dementia Tax ever, which was a ridiculously partisan non-solution to a highly complex and important issue of the funding of social care.

The whole flavour of the Theresa May campaign was excruciating to watch with highly robotic and wooden sessions in what appeared like random derelict factories in England. The vernacular “strong and stable” and “coalition of chaos” jarred with the image of Jeremy Corbyn actually looking as if he was enjoying himself. The TV images of this rallies might have been motivating, but I am certain that they were highly motivating for some of us in the social media world.

Theresa May did not give a resignation statement – quite the reverse, it was utterly delusional.

Delusional is when you don’t believe your police cuts are relevant to security.

Delusion is when your immigration targets have not been met ever.

So, while I have no doubt that the Labour moderates are continuing to send their secret emails, and Peter Mandelson is campaigning every day still to get rid of Jeremy Corbyn, I feel extraordinarily happy. Whilst we didn’t officially win, many of us definitely have the feeling we could win – and this matters – if certain people do not continue to undermine us maliciously. Time will tell.

← Hazarika, Woodcock and Watson are politically the pits but well done Jeremy Corbyn Whisper it softly. Jeremy Corbyn may even be a strength for the Labour Party. →
Click to listen highlighted text! Powered By GSpeech