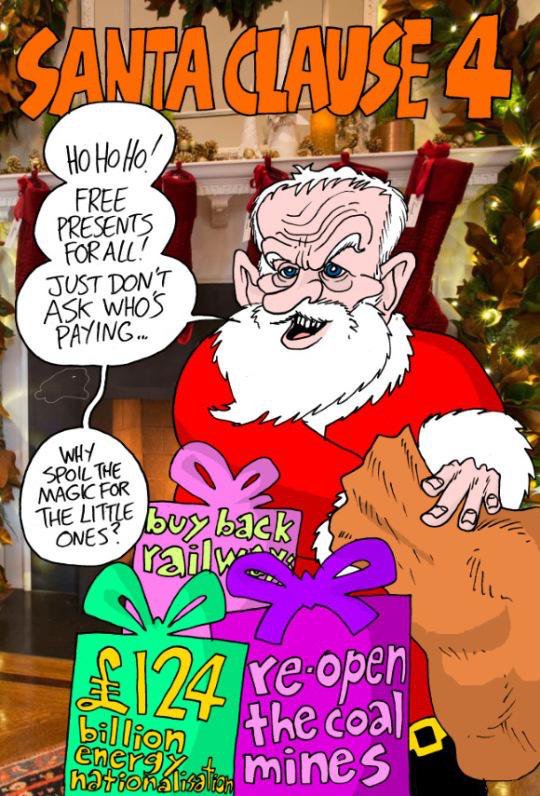 Labour for me has many faults. It has people who are MPs whom I dislike. It has policies which I think are over-the-top.

To be honest, Jeremy Corbyn’s personal style annoys me sometimes; he can appear stubborn and aggressive. There is, no doubt, some frustration on his part, for how the media chooses to interact with him.

I am not particularly interested in the views of somewhat narcissistic supporters of Jeremy Corbyn pretending to be Nobel Prize winners in economics.

Social care is on its knees. The national debt is now running into the Trillions. David Cameron has set in play a chain of events where we are closer to leaving the European Union, and breaking up the domestic Union.

I think Boris Johnson loves himself too much, and is not quite as intelligent as he thinks. His Withdrawal Agreement Bill is truly a dogs’ dinner.

We should be prepared to forgive and forget. We all make mistakes – even Tony Blair. But the Liberal Democrats have in their time made some ‘whoppers’ over NHS reforms, legal aid reforms, and austerity in general.

I dislike the outcome of the Referendum of 2016, but this a Tory treaty which has been drafted up by the Tory party for Brexit-leaving voters. It seems far more desirable to try drafting another exit strategy with a fresh pair of hands, and to see whether the UK can approve it. Maybe they can. Maybe they won’t.

The issue is that the Labour Party can work with the SNP and Greens if it wishes to, to see if the EU exit can work. But I think unilaterally pulling the plug on it straight away would be dangerous politically.

I think the consequences of a Tory Brexit, and a further Tory government, are simply not worth thinking about. With my many reservations of the present Shadow Cabinet, I think it is far too risky to do anything other than to vote Labour.

← The end of the Conservative Party is nigh. For that reason alone, I’m not bored of Brexit. Johnson is not oven-ready. He’s half-baked at best. →
Click to listen highlighted text! Powered By GSpeech