Home » NHS » Where does austerity figure in the immediate future direction of the NHS?

Where does austerity figure in the immediate future direction of the NHS? 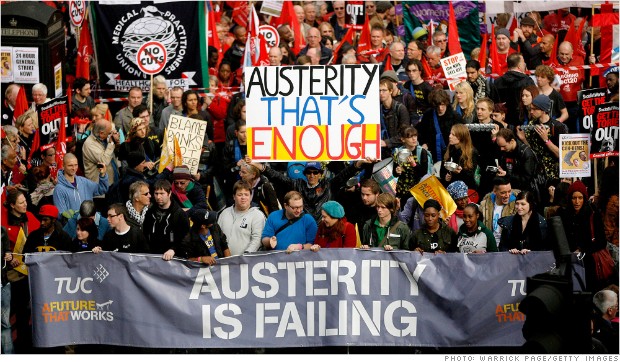 Edmund Burke wrote that “government is a contrivance of human wisdom to provide for human wants” (1790, Reflections on the Revolution in France).

In a lecture at the London School of Economics entitled, “What is the Welfare State? A Sociological Restatement”, given by David Garland, Professor of Sociology at NYU and Shimizu Visiting Professor at LSE Law, a treatise was elaborated where the “welfare state”, however-so defined, is a practical elaboration of systems to solve sociological needs dependent on a thriving economy. Prof Garland’s thesis is partly that pure capitalism can achieve such needs alone, and and one of the final slides is particularly eye-catching: 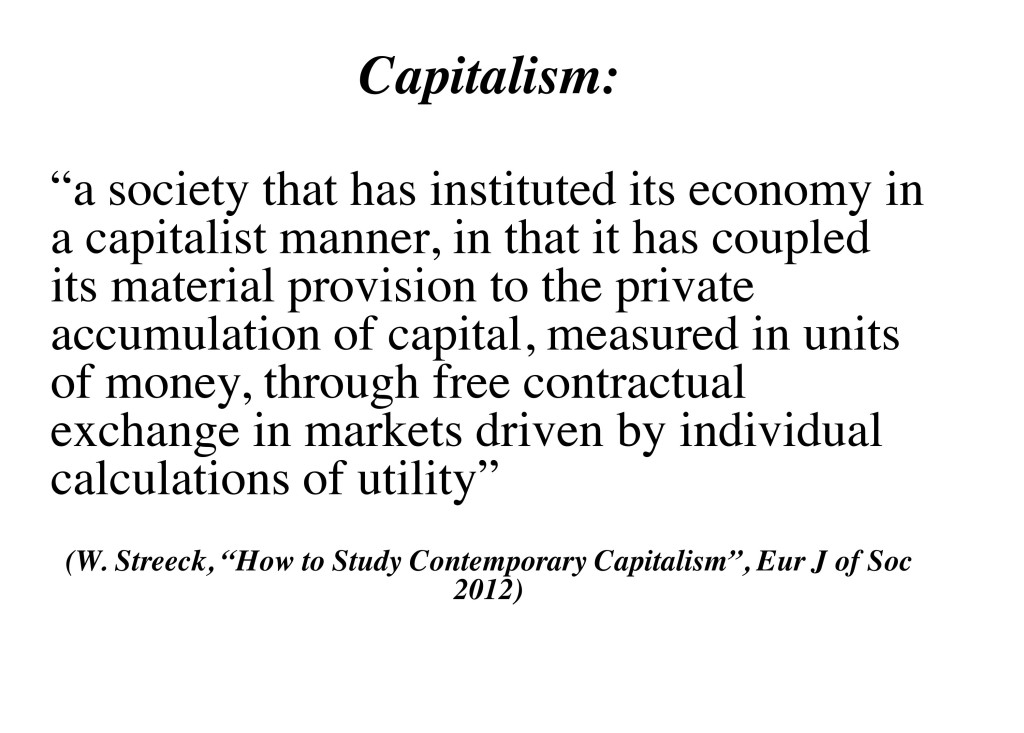 Scotland’s first minister has described the UK government’s “austerity economics” as “morally unjustifiable and economically unsustainable”. In a speech in London, Nicola Sturgeon recently said a Labour government would have to abandon “failed” austerity policies to win the support of SNP MPs. Ms Sturgeon revealed that the SNP would back £180bn more spending than the coalition government by 2020. What happens in Westminster affects what happens in Scotland. Irrespective of the issue of “English votes for English laws“, the UK Treasury gives a lump sum called a “block grant” to Scotland, Northern Ireland and Wales. It’s up to the devolved administrations to decide how they spend it. The grant to Scotland has been cut (slightly) as part of overall austerity programme.

What? It is alleged that McKinsey helped draft both the government’s £20bn “efficiency” savings and the pro-privatisation health bill, while at the same time selling consultancy services in the aftermath. McKinsey executives and former executives play prominent roles in the NHS regulator, Monitor, and in influential think tanks such as Cambridge Health Network, the King’s Fund and Nuffield Trust.

Jackie Ashley summed up McKinsey’s influence for the Guardian:

“What we are left with are the ambitious plans for the expansion of privately run provision, masterminded it seems by the management consultancy McKinsey, many of whose corporate clients will now bid for work inside the NHS. McKinsey is said to have earned nearly £14m from the government since the election, but this is a drop in the ocean compared with the business that private health organisations working with McKinsey now expect to gain.”

So what? In 2011, the Guardian reported the following:

“Yet the growing evidence from the NHS is that its frontline is being cut, and that NHS organisations are doing what they were told not to do – interpreting efficiency savings as budget and service cuts. While restricting treatments of limited clinical value – such as operations to remove unsightly skin – is uncontroversial, reducing patients’ access to drugs, district nurses, health visitors or forms of surgery they need to end their pain arouses huge concern.

This Guardian investigation detailed evidence of increased cuts – the cuts that, according to the government, should not have been happening – being implemented across a wide range of the NHS’s many care services. With £20bn due to be saved by 2015, and the NHS receiving only a 0.1% budget increase each year until then, experts predict that tough decisions – about the availability of services and treatments, staffing levels and which clinics and hospitals provide care – would become increasingly commonplace.

Meanwhile, across the pond, in September 2014, Obama issued new rules on the crackdown of ‘overseas tax evasion’, including new rules on “hopscotch” loans, new rules on “de-controlling”, limiting the use of the “cash box”, “skinny down” and spin versions. The confluence of activism politics and mainstream politics is an interesting one. Not once yesterday in his questions on tax yesterday in Prime Minister’s Questions did Ed Miliband mention the Occupy movement.

Labour’s posturing on tax avoidance doesn’t once mention @ukuncut. But that’s who put it on the agenda. Activism gets shit done.

The “efficiency savings” in the NHS, and broadly have cross party support. And yet there is a clear link between operating unsafe staffing (whether this is low actual numbers or inappropriate skills mix) and quality problems. David Cameron has been ordered to stop saying NHS spending is up; but he continues to disregard this. The multinational corporates have been very manipulative in framing the austerity narrative as the driver for change, in the case of the NHS in making ‘efficiency savings’. While Twitter appears to be populated by innovators perpetuating the meme ‘doing more for less’, there is an equal number of hardworking nurses who are exasperated about having to rush around with insufficient numbers of nurses in the Accident and Emergency or Medical Admissions Units. And of course, all main political parties have bought into the need for austerity.

Despite stringent cuts, Greek debt has actually increased as a proportion of Greek GDP during 2014, from 146% to 175%. Of course, even with falling debts levels, the significant reduction in GDP since 2009 will have meant that the ratio of debt to income will have actually risen. Voters recently handed power to Alexis Tsipras, the charismatic 40-year-old former communist who leads the umbrella coalition of assorted leftists known as Syriza. He cruised to an eight-point victory over the incumbent centre-right New Democracy party, according to exit polls and projections after 99% of votes had been counted. The result surpassed pollster predictions and marginalised the two mainstream parties that have run the country since the military junta’s fall in 1974.

“The sovereign Greek people today have given a clear, strong, indisputable mandate,”, according to Tsipras.

Through chance and design, the upcoming general election on May 7th 2015 could be used, through a combination of English and non-English votes, to send a message on the degree to which austerity is acceptable by the voters for the NHS. Coming into this election, the media have been resolutely unsuccessful in engaging the electorate in a mature, sophisticated debate on whether they would be prepared more for a NHS not running with little capacity. However, the electoral arithmetic could mean that parties on the left reject the neoliberal agenda to creating a climate where it might be possible to create a NHS more in keeping with Bevan’s ideals after all.

← My review of the film “Still Alice” The lack of coherent strategy for the mental health of NHS employees in the 5YFV is a mess →
Click to listen highlighted text! Powered By GSpeech