Home » Dementia » Why I do “Dementia Friends”

Why I do “Dementia Friends”

By shibleyrahman in Dementia on December 23, 2014.

Let me introduce to you to “Dementia Friends” (details here).

The aim is for you to learn some fundamental information about what dementia is, so you understand it better than you would’ve done otherwise.

Dementia is caused by diseases of the brain; it can affect any thinking depending on what part of the brain is affected.

It’s not a normal part of ageing; it’s important to live well with dementia.

There’s much more to a person that the dementia.

I’d like to say something which may surprise you, depending on how well you know me.

I don’t really like the term ‘dementia friendly communities’. I totally ‘get’ it is well meant, embracing the concept that people living with dementia can go out in their communities at large, talk to people, go shopping, and lead a happy life.

But there are problems with the concept. I think it ignores the fact there are so many different causes of dementia, each with different ways in which they affect a person’s life. These dementias can progress at different speeds too.

I worry about the issue that to be dementia friendly you can immediately recognise disability. I’ve always had to bite my touch when people claim you can easily spot dementia in the community, so much so young schoolchildren can spot dementia even when experienced GPs cannot.

Nonetheless, I feel the starting point policy-wise is that there is a huge amount of public ignorance about the dementias. The media have been notorious at misrepresenting dementia; even the term ‘epidemic’ is problematic, whatever the exact truth about numbers and definition, given that there are some people who believe that the dementias are essentially contagious.

I regularly ask London cab drivers if they’ve heard of dementia. Invariably, after saying ‘yes’, those cab drivers then can’t tell me much about dementia. These are generally well informed individuals, however. They readily admit they wish they knew more.

For me, it’s easy to underestimate what people know about dementia. I did a medical junior job at the National Hospital for Neurology and Neurosurgery in it. I also did my Ph.D. in it.

But I am in no way an expert.

One of my best friends, Chris Roberts, living with a mixed dementia of Alzheimer’s disease and vascular dementia, is a Dementia Friends Champion. He says, if he is an expert, he is an expert in his own dementia at this particular time. 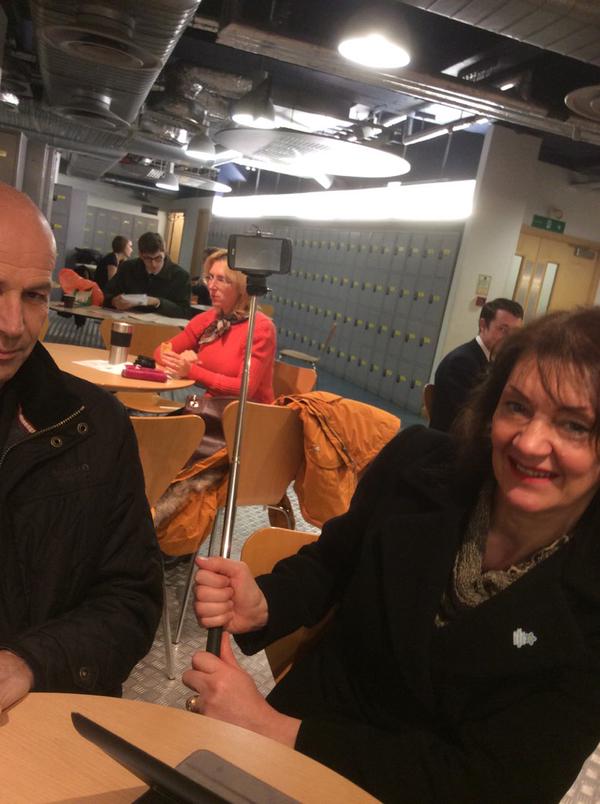 Chris is on the left of the picture above; Jayne on the right. The “thing” in the middle, by the way, is a “selfie stick”, currently all the rage in England.

Thanks to the audio visual unit at BPP Law School for their helping me for my Dementia Friends sessions. 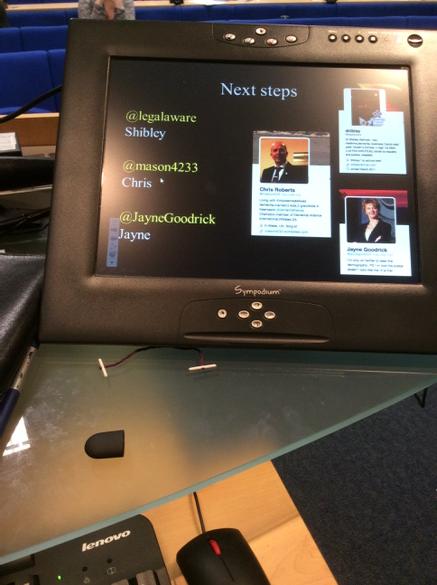 Here’s a short excerpt of the Dementia Friends information session we gave on 4 December 2014, together with Jayne Goodrick.

Our details are here. 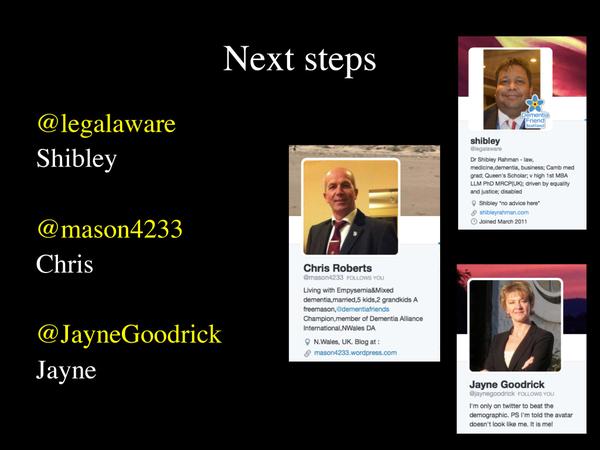 We never ‘force’ our Dementia Friends infocards and badges onto people! 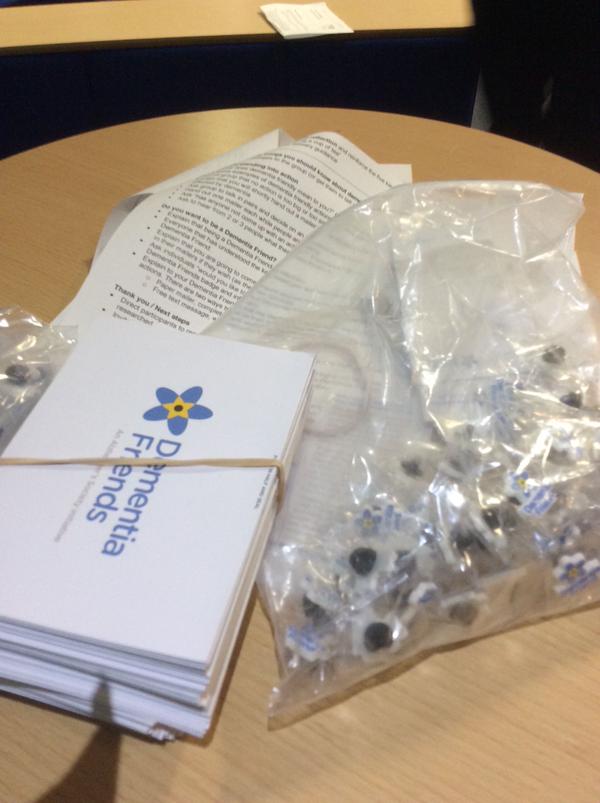 I came to the programme with the same cynicism as many, wondering what was ‘in it’ for the charity involved in implementing it. I am genuinely worried about lack of diversity in the dementia charity sector, and potential abuse by one or two key providers of ‘dementia services’.

I also came to the programme with concerns about whether the messages or activities of Dementia Friends would be accurate.

I am generally very happy with the messages which Dementia Friends gives out, and the feedback has been overall very positive. No initiative is perfect by any means, and I think ‘Dementia Friends’ is as good a national programme, for what it does, as it could be. It was a major proposal from the 2009 English dementia strategy, entitled ‘Living well with dementia’.

The anonymous feedback we received from our December session was very positive.

The questions I regularly receive at my sessions are much harder than the ones I receive at international conferences on dementia. Such questions have included, “How can we promote the dignity of a person living with dementia?”

I think though, overall, the “Dementia Friends” initiative has succeeded.

Detailed analysis will see whether it has indeed been successful in turning ‘understanding’ into ‘action’. But I think there are currently about 600000 Dementia Friends at the time of writing is a major triumph.

Please book yourself into a Dementia Friends information session to decide for yourself. My next session is at BPP Law School in Holborn, London, on January 15th 2015. Details are here.

← Another 5 years of David Cameron? I really hope not. Reasons to be cheerful – my review of 2014 →
Click to listen highlighted text! Powered By GSpeech