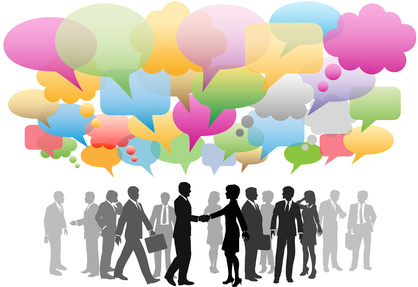 “Thought diversity“, I feel, is fundamentally in tune with what I feel about the ethos of living well with dementia: recognising what people can do, rather than what they can’t do.

This is particularly useful in one particular context. The general topic of thought diversity in the workplace recently has received some deserved attention. There are two important approaches in this context of performance management in the workplace: equality and diversity.

I am certainly not about to suggest what an employer should do; nor what a person who may be about to receive a diagnosis of probable young onset dementia might do. I am just going to think about how thought diversity could be used to produce an effective skills mix for the employer, so that any individuals with young onset dementia can still contribute to the full.

Equality tackles an imbalance where some people may be considered treated badly due to the effect that a protected characteristic has (such as age, sexual orientation, or race, for example); diversity is simply accepting that everyone is different. Legally, dementia can be defined as a disability under the guidance of the Equality Act (2010).

It is essential to recognise the functioning of the Equality Act (2010) for dementia. Disability is a “protected characteristic” under that statutory instrument. Prohibited conducts, like indirect or direct discrimination, are unlawful; reasonable adjustments must be made for disability. The Act specifically states that employees are under a duty to take reasonable adjustments to provide aids/ auxiliary services if these could alleviate any disadvantages and costs and not be passed on to the employee.

What is this equality?

But in political philosophy, the question has, in sophisticated circles, become “equality of what?”

As Anne Phillips describes in a paper for the London School of Economics:

“Two themes have become part of the common-sense in current thinking about equality.

The first is that defining equality in terms of outcome – equalising where people end up rather than where or how they begin – displays a distressing lack of sophistication.

Such a definition immediately begs the question of what we are seeking to equalise (income? happiness? welfare?), and seems to forget that measures to deliver equality on one of these metrics will deliver inequality on another.

Equalising resources notoriously overlooks the diversity of preferences and tastes: since what people want varies enormously, any strict division of the world’s resources will leave each of us with an excess of what we consider worthless and probably too little of what we really desire.

Yet if we turn instead to equalising people’s sense of well-being, we may end up giving more to the constitutionally dissatisfied than to the easily content. Defining equality in terms of outcome presumes an easy answer to the ‘equality of what?’ conundrum, gliding over complex issues of what equality means.”

The “equality of outcome“, for example, causes a particular controversy, arguably.

“Researchers concluded that equality of outcome was patronising, humiliating and embarrassing to minority groups. It could be socially divisive and evidently fuelled hostility and resentment in areas where prejudice previously did not exist as a serious social problem.”

An approach based on equality for young onset dementia

The basic accusation is that attempts for equality end up being rather artificial, but it is true that treating dementia as a disability to promote equality, arguably, must be a more useful starting point that a policy where citizens are merely “friendly” to people living with dementia with cognitive impairments such as problems in memory. Dementia is considered ‘young onset’ when it affects people of working age, usually between 30 and 65 years old.  It is also referred to as ‘early onset’ or ‘working-age’ dementia. And it might appear meritorious for an employer to everything in his or power to keep a person with young onset dementia in a job, by providing ‘reasonable adjustments’ such as adequate signage, diaries or memory aids.

But is this approach based on equality necessarily the right approach?

It’s already conceded there’s a fair distance to go to make enforcement against disability discrimination offences a reality. Making goods and services easier for disabled customers has been a policy rumbling on for some time (see for example this document). Only last month, it was described yet again that access for disabled citizens to high street shops was “shocking”. The legal underpinning of this failure in equality is in contrast to the aspirational nature of ‘dementia friendly communities’ involving high street shops, such as in Fareham. In theory, it is all very well to say that an employee newly diagnosed with young onset dementia should be given reasonable adjustments as dementia is a known disability.

But there are some problems here. Some people with ‘soft symptoms’ may not wish themselves to be labelled with a disability, or a diagnosis, even if this means that they might be able to access certain finances. Also, in the majority, people with cognitive problems, who later go onto receive a diagnosis of young onset dementia formally, leave formal employment long before they receive that formal diagnosis (at which point the reasonable adjustments would have kicked in). We all know of employers who would really not want the bother of having to make reasonable adjustments, either for a person developing a dementia. And we know that all sorts of excuses tend to crop up prior to appointment of some employees in the first place. Somebody applying for a job, who is open about the fact he may be developing an early dementia, is unlikely to receive a sympathetic hearing in shortlisting.

But hold on a minute. Is it actually the employers’ fault?

The situation is very serious.

Kate Swaffer describes, through the construct called ‘prescribed disengagement‘ she was the first in the world to articulate, how people who have received a diagnosis of young onset dementia are, rather, actively encouraged effectively to give up by professionals in the health and care sectors. Work engagement, with some focused attention, could conceivably work though the strong determination of employers. For example, Robertson and colleagues (Robertson, Evans, and Horsnell, 2013) recently described an innovative demonstration program called “Side by Side” that was initiated to assess the feasibility of supported workplace engagement for people with younger onset dementia. This is truly laudable. People with young onset dementia, even if they have been demoralised by a cultural phenomenon of ‘prescribed disengagement’, might instead be encouraged to pursue positions in their current place of employment playing on their cognitive strengths. And this is recognised in ‘thought diversity’.

Is #thoughtdiversity a better option?

According to Deloitte’s excellent paper on ‘Thought Diversity’, acknowledging different thinking styles or cognitive diversity can beneficial for organisations to ‘hire differently, manage differently, promote differently’. In other words, employees can be matched up to tasks according to their cognitive strengths, and this includes people living in early stage young onset dementia. Such an approach would be more positive, beneficial for the employer and employee, focusing on what a person living well with young onset dementia can do, rather than what he or she can’t do. Such a workforce, it is anticipated according to Deloitte, might show greater resilience, and also be far less prone to ‘group think’.

I feel we do need to think ‘outside the box’, innovatively, to think how we get the best out of people. People who are about to receive a diagnosis of dementia may wish to stay in employment for as long as possible, as that is where friends are made, and of course the source of income comes at a critical time when there might be other commitments such as family, a mortgage or pension. Human resources will in time need better tools for identifying different cognitive styles. There will be in any team people who are more suited to remembering things, people who are good with words, people who are good with planning. Cognitive assessments, whether relatively informal psychometric tests for different cognitive styles or more detailed, might be able to identify what individuals are good at, such that a team might as a whole consist of the ‘right skills’ and might display cognitive diversity. This would, I feel, be an altogether more constructive to approach the issue of employment for people with young onset dementia, based more on diversity than legal equality.

But I do think both employer and employee need to know that these legal equality rights do exist, as they are potentially extremely powerful indeed.

← Thought diversity is necessary for people living well with dementia to get a fair hearing Leading Change in Dementia Diagnosis and Support: Actions to Inform Future National Strategy →
Click to listen highlighted text! Powered By GSpeech