By shibleyrahman in Dementia on January 9, 2015. 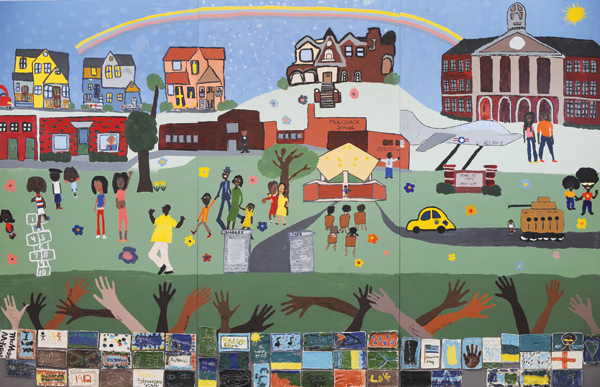 People living well with dementia who instead attend these events witness these events stuffed full of ‘experts’ or directors providing their missives. They often complain that the minimal representation which is actually provided is tokenistic.

Deep down, there is a concern that people living with dementia are merely superficially involved as bit part actors in the weaponisation of a Pharma-led “war against dementia”. There are very few ‘good news stories’ about people successfully living well with dementia, say still in employment or contributing value in some important way.

But how big institutions act can be rather different in behaviour than that on the ground.

James Kouzes and Barry Posner indicated in “The Leadership Challenge” that there are several decision-making myths:

Both domestic and international policy for living well with dementia, rather, has converged on the notion that persons living with dementia should be included at an early stage in key features of service provision and research into dementia.

For this strategy to bear fruit in England in 2015-20, it is not adequate to have minimal involvement with people with dementia, while the script is in effect written by large charities and corporates.

There has been recent interest in “thought diversity“, often called “cognitive diversity”, in giving full attention to the plurality of different opinions about issues. It is thought that this is not simply an alternative to an anti-discrimination policy, but is fundamental to all features of fairness, equality, justice and integrity.

My disappointment with the policy strand of ‘dementia friendly communities’ in any jurisdiction is that it does not really appear to have captured the public’s imagination for social change, in the same way that Marshall Ganz describes for the Obama Campaign.

I think vital to making this a box office issue is to emphasise that dementia is not a fringe policy issue. There are possibly about close to 900,000 people living with dementia in the UK as we speak.

“A new era of cross-cutting change making has arrived. It favors linking communities and sectors together into public and political will for solutions on big, thorny issues affecting everyone—issues that America has not tackled head on for a long time, if ever, such as rising inequality in the global economy and climate change.”

But this has necessarily reframed the diversity narrative – perhaps, as discussed by Osborn, more to “Yes we can!”

Here the “Yes we can!” is being shouted from the rooftops by people living with dementia themselves.

Also, I feel the insights from people living with dementia are essential in formulating the policy of how a community might be improved to improve the wellbeing, say perhaps in housing design. Such decisions are likely to be of a much higher standard in quality, in keeping with previous research, for example, from the the Intelligence Advanced Research Projects Activity (“IARPA”).

This is not simply about hoping for the best, in getting a range of opinions, hoping that some opinions will gain legs. It is known that the first person to speak in a meeting often influences all subsequent opinions. The same effect could occur, for example, if a CEO of a regulator or a dementia charity talks at the top of a billing of a special event or world conference, with people living with dementia stuffed later down the programme (or even last).

Or if there is a room of ten people, and one with a disparate view, the nature of joint decision making will mean that the nine will tend to make the tenth person conform to a group view. This phenomenon is well known from the studies of decision making in legal juries.

Exactly the same issues crop up again in the development of “dementia friendly communities” policy. While there are huge problems with this policy, possibly inadvertently causing division rather than true integrity and inclusion, it is possible the best we have currently both domestically and internationally. Change is often much easier from within, as Maya Angelou amongst others famously said.

NHS Improving Quality (“NHSIQ”), NHS Confederation and NHS Horizons have now a great opportunity in building on this work of “thought diversity”, building on the momentum which is thought to have begun in late 2010. Deloitte were noteworthy first movers in this field with their report, “Diversity’s new frontier” published by the Deloitte University Press.

An introduction to thought diversity on the NHSIQ website is here.

It is perhaps helpful to look at this widely shared webinar on ‘thought diversity’ which indicates the direction of travel of this in encouraging creativity and innovation in health policy.

I am struck by the true nature of the ‘rebel’. Carmen Medina (@milouness) worked for the US Central Intelligence Agency (“CIA”) for over thirty years. There she will have been exposed to how decisions are made often on an urgent basis.

There, I am sure she will have been exposed to the ‘confirmation bias’. This is a thinking shortcut (or cognitive heuristic), where you tend to arrive at decisions which best corroborate your assumptions, rather than seeking out alternative hypotheses.

Whilst one interpretation of people living with dementia being happier shoppers in the high street comprises the ‘dementia friendly community’, other versions of it emphasise that it is not friendliness as such which is critical. Such ‘friendliness’ can inadvertently become patronising, but true equality and upholding of human rights hold the key to the autonomy and dignity of people living well with dementia.

Without a real mission for implementing ‘thought diversity’, there is a real danger that captains of industry will in effect construct policy on dementia friendly communities, without any real genuine consultation, and ‘use’ their one or two representatives with dementia on key boards to confirm their bias.

And the situation is, unbelievably, worse than that. There is currently no person living well with dementia who is a regular invited member of the World Dementia Council. Once the (?first) UK general election is over on May 7th 2015, I am hoping the head of the Civil Service will give a direction to the Prime Minister to facilitate this urgently needed appointment.

I am of course hoping that my thoughts in this blogpost are not brushed under the carpet by people working for Simon Stevens, current CEO of NHS England, when he comes to review the progress of dementia policy in keeping with the ‘Five Year Forward View’, which he has indeed contributed to.

There are indeed specific ways cited within the report from Deloitte how ‘thought diversity’ can be harnessed. In their application for the improvement of dementia friendly communities, one obvious step is to seek out whole teams of people living well with dementia who are able to meet and come to opinions on crucial subjects.

As Margaret Heffernan is reported to have said,

“Diversity, in this context, isn’t a form of political correctness, but an insurance policy against internally generated blindness that leaves institutions exposed and out of touch” ;

as Deloitte put it, institutions are prone to appearing out of touch, including senior policy wonks comprising some form of ‘ideological echo chamber’.

This is perhaps epitomised as, “a revolution from the heart” (Martin Luther King).

True equality for people living with dementia is identifiable.

Ultimately, the hope is that the policy of ‘dementia friendly communities’ is resilient enough to withstand shocks, such as high street stores going into insolvency. I strongly feel that thought diversity is a necessary management step in giving people living well with dementia a fair hearing so that they can lead.

← The drafting question in the civil litigation assessment for the LPC Can #thoughtdiversity promote employment for persons living well with young onset dementia? →
Click to listen highlighted text! Powered By GSpeech