Home » Dementia » Living well with the dementia app. Back to the future?

Living well with the dementia app. Back to the future?

Various inventions were predicted for 2015 in the film “Back to the Future”.

Of course, an invention is not the same as an innovation.

There is a subtle difference between these two words, but the difference is an important one.

According to top HSJ pioneer, Dr Amir Hannan, innovation has a specific definition.

About doing or making something completely new that has never been done before, which leads to a material change in thinking, behaviour or outcomes.

One of the brilliant inventions/innovations was the “hover board”. 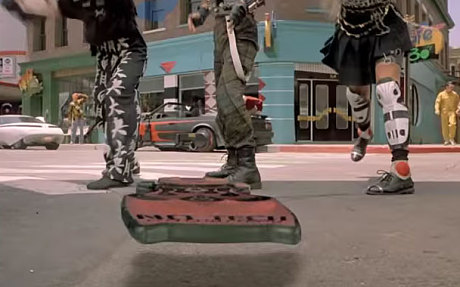 Probably a good thing these haven’t been invented for the mass market yet – though some clever bod has come up with a prototype – the baggy jeans and Converse look is just so Nineties.

The background to the modifiable factors relating to dementia are well rehearsed.

Approximately half of dementia cases might be attributable to known modifiable protective and risk factors (Smith and Yaffe 2014). The protective factors include the factors that determine brain development in early life such as maternal nutrition and health, and nutrition and cognitive development in early years. Education and lifelong learning also protect against dementia as does involvement in social networks. The risk of dementia is raised by substance abuse in adolescents and young people, head injuries and depression. Dementia also shares important risk factors with the major non-communicable diseases (NCDs) including cardiovascular disease, diabetes, cancers. These are the behavioural risk factors of physical inactivity, smoking, alcohol and poor diet, and the linked intermediate risk factors such as high blood pressure, raised cholesterol and obesity.

There has been some difficulty in getting this relatively simple public health message across.

This is illustrated, for example, by the rather resistant belief amongst people that ‘nothing can be done about dementia’. In fact, an enormous amount can be done to promote living well with dementia. And some factors may indeed slow rate of progression or delay onset, in a way we don’t properly understand yet.

Some campaigning initiatives have started to gain momentum, though. This infographic is from the Alzheimer’s Disease International “World Alzheimer Month”. 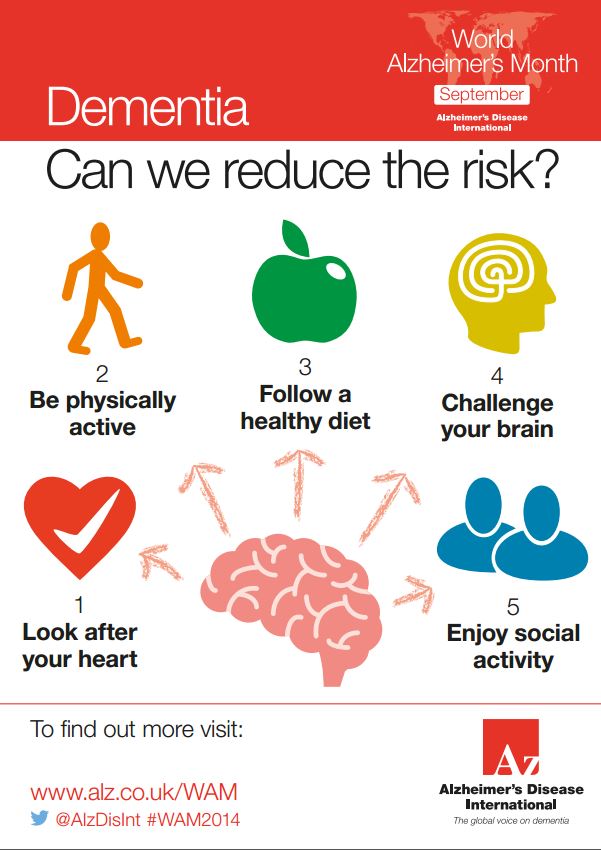 And there are developments afoot in the provision of information for patients.

Here’s an example of what Highbury Grange Medical Practice seem to be offering.

The aim is for all patients in England will have access to their GP medical records online by 31st March 2015.  This means you can have secure access to relevant parts (current medications, immunisations and allergies)of your record from devices that can access the internet.

And now Sir Bruce Keogh has got really into ‘wearable technology':

Prof Sir Bruce Keogh believes that gadgets similar to fitness trackers, which are growing in popularity, and others resembling games consoles will revolutionise the monitoring of patients’ health, especially those with a serious condition.

“Technology is emerging which enables those to be brought together and transmitted through mobile phones or other methods where health professionals can analyse them and act upon any warning signs,” Keogh says.

Wearable technology could easily prove useful for people with heart failure – one of the most common causes of admission to hospital – and thus relieve the strain on overcrowded hospitals.

“I see a time where someone who’s got heart failure because they’ve had a previous heart attack is sitting at home and wearing some unobtrusive sensors, and his phone goes, and it’s a health professional saying: ‘Mr Smith, we’ve been monitoring you and we think you’re starting to go back into heart failure. Someone’s going to be with you in half an hour to give you some diuretics’,” says Keogh.

Technology “enables you to predict things, to act early and to prevent unnecessary admissions, thereby not only taking a load off the NHS but, more importantly, actually keeping somebody safe and feeling good”.

For people living well with dementia, simple apps could be made which could be installed on smartphones. 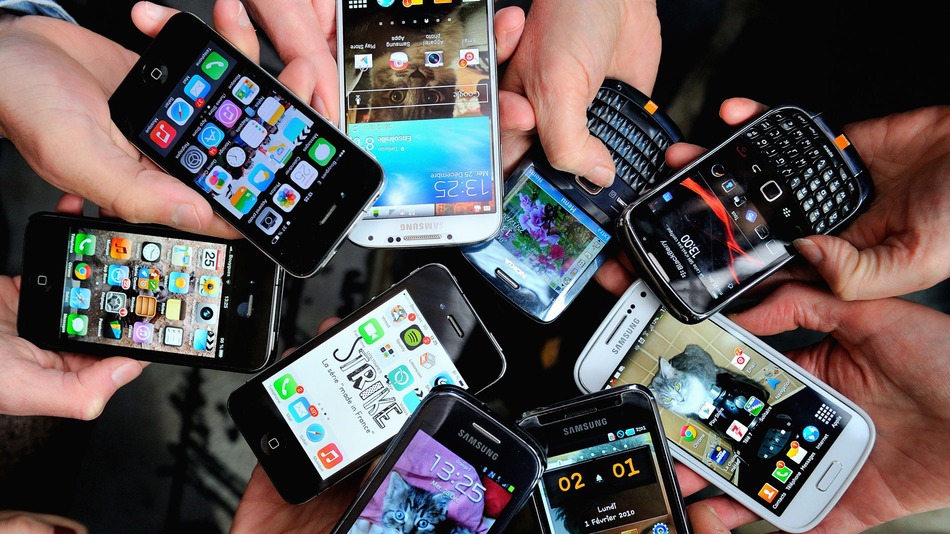 I have often ‘complained’ to other specialists in dementia how little we know about how easily people living with dementia, across different types of dementia, at different extents of ‘severity’, cope with all technology designed to help them live with dementia.

But it is possible that such apps could be designed to be compliant with the Equality Act (2010), offering giant lettering for those people with visual object perception problems, or ‘read aloud’.

If someone living with dementia notices their legs going stiff, or they have trouble walking, a referral to a community physiotherapist could be triggered.

If someone living with dementia notices the development of a ‘sweet tooth’, a referral to a community dietitian could be triggered.

There might be ‘menus’ which are more suitable to caregivers, who are often spouses, or children (particularly daughter and daughter in laws), but including paid carers. There are clearly ethical issues here.

I anticipate such apps will be of interest to people who’ve just been given a diagnosis of dementia, but the usual criticisms will hold (i.e. it’s another ‘to sell’ to someone with a personal budget, it’s “typical privatisation of health and care). But I feel we should be looking into the social prescribing of facility to those who desire them, as an alternative to expensive drugs which can have limited efficacy.

Back to the future..

or back to planet Earth.