Home » Dementia » A lot more unites us in English dementia policy than divides us, potentially

A lot more unites us in English dementia policy than divides us, potentially

By shibleyrahman in Dementia on November 16, 2014.

It’s sometimes hard to see the big picture in the policy of England regarding dementia.

I don’t mean this in terms of the three key policy strands of the strategy, which is currently the Prime Minister’s Dementia Challenge. This extra layer was added onto the English dementia strategy, “Living well with dementia”, from 2009-2014.

There will be a renewal of this strategy next year. We currently don’t know what Government will be in office and power in 2015. But I am hoping the overall direction of travel will be a positive one. I would say that, wouldn’t I?

There are 3 dementia challenge champion groups, each focusing on 1 of the main areas for action: driving improvements in health and care, creating dementia friendly communities and improving dementia research.

But it is in my political philosophy to encourage a pro-social approach, not a fragmented one.

I’d like to see people working together. This can all too easily be forgotten in competitive tendering for contracts.

And things can be just as competitive in the third sector as for corporates.

This is the clinical lead for dementia in England, Prof Alistair Burns, who has oversight over all these complicated issues. 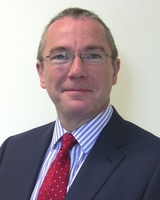 But we need to have a strong focus for the public good, especially as regards looking after the interests of people living with dementia, and their closest including all caregivers. State-third sector initiatives can work brilliantly for particular outcomes, such as encouraging greater sharing of basic information about dementia, but all concerned will hopefully feel that the people whose interests we want to protect the most benefit from a plural space with many stakeholders.

There is definitely a huge amount which has been achieved in the last few years. I do definitely agree with Sally Greengross, Chair of the All Party Parliamentary Group for dementia, that we should really take stock of what has worked and what hasn’t worked so well in the last five years, in our wish to move forward.

I say this, as it has come to my attention while reviewing the current state-of-play in policy and in research that there are potentially problematic faultlines.

On the one hand, some people feel that we are under diagnosing dementia, and that there are people languishing in England waiting for a diagnosis for weeks or months.

Chris Roberts, himself living with a dementia, and a greater advocate for people living with dementia, often warns that it is essential that, despite the wait, that the diagnosis is correct.

I know of someone else in the USA who has battled on for years while waiting for a diagnosis of dementia, despite having symptoms of dementia.

On the other hand, there are concerns, particularly if teams in primary care are financially incentivised for doing so, that there might be a plethora of over diagnosed cases.

The concern here is that there might be alternative interests for why such people might be diagnosed, such as being recipients of compounds from drug companies which attach to proteins in the brain, and which might be useful in diagnosing dementia.

Or we are building a ‘new model army’ of people who are ageing, but being shoehorned into the illness model because of their memory problems?

2. Another is potential ‘competition’ between dementia charities.

Essentially, all dementia charities in England want the same thing, and will need to attract an audience through various ‘unique selling points’ through that awful marketing terminology.

But in the next few years we may see commissioning arrangements change where the NHS may involve the third sector doing different complementary rôles, such as advising and providing specialist nursing, in the same contractual arrangement.

The law might force people to work together here.

3. Another is the ‘cure versus care’ schism.

This debate has accelerated in the last few years, with the perception – rightly or wrongly – that cure – in other words the drive to find a magic bullet for dementia – is vying for attention with care. This narrative has a complicated history in fact, in parallel with moves in the US which likewise have overall seen a trend towards some people wishing for a ‘smaller state’.

But claims about finding a cure for dementias have to be realistic, and, while comparisons can be made with HIV and cancer about the impact of a cure has for absolving stigma potentially, such a debate has been done incredibly carefully.

For example, attention for cures and collaboration between Pharma and ‘better regulation’ constitute a diversion of resources away from care, potentially. In the NHS strategy for England, with social care on its knees, a drive towards personalised medicine on the back of advances from the Human Genome Project can end up looking vulgar.

I’ve also seen with my own eyes how the ‘cure vs care’ schism has seen different emphases amongst different domestic and international dementia conferences, with some patently putting people with dementia in the driving seat, and some less so (arguably).

4. Another is the exact emphasis of ‘dementia friendly communities’.

It is impossible to object to the concept of inclusivity and accessibility of communities, with recognition of the needs of people living with the various dementias.

Another issue is what the precise emphasis of dementia friendly communities is: whether it is an ideological ‘nudge’ for companies and corporates to enable competitive advantage, or whether it is driven by a more universal need to enshrine human rights and equality law.

There can also be a problem in who wishes to be “the dominant stakeholder”. Is it the person with dementia? Or unpaid caregiver? Or paid carer? Or professional such as CPN, physio, OT, speech and language therapist, neurologist, physician or psychiatrist? Is it a dementia adviser or specialist nurse?

If we are to learn the lessons from the Carers’ Trust/RCN “Triangle of Care”, it is essential to learn from all stakeholders in the articulation of a personalised care and support plan? I feel this is important in whole person care if we are to have such plans in place, which recognise professional pro-active clinical help, in trying to assist in avoidable admissions to hospital.

But here we have to be extremely careful. An admission to hospital or appearance at A&E should not always be sign of ‘failure’ of care in the community.

5. Yet another source of division is that we all do our own things.

This is problematic, if we do our own things. We end up  being secretive about which people we’re talking to. Or which conferences we’re going to.

Or if countries don’t talk to each other, even if they have similar aims in diagnosis, and post-diagnostic care and support (including the global dementia friendly communities policy). Or if we don’t share lessons learnt (such as, possibly, the beneficial impact of treating high blood pressure on dementia prevalence in one country).

Or if certain people become figureheads in dementia. But no man is an island.

I still feel that there’s a lot more that unites us than divides us.

Anyway, I’ll leave it to people on the frontline, and in communities, much more able than me, to work out what they want.

← How badly does Ed Miliband want the job? When cultural change catalysts turn into inhibitors →
Click to listen highlighted text! Powered By GSpeech