Home » Uncategorized » Why I voted for Jeremy Corbyn

Why I voted for Jeremy Corbyn

By shibleyrahman in Uncategorized on September 12, 2015. 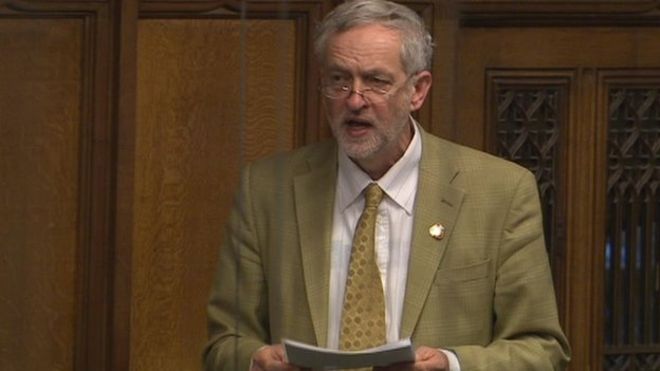 My decision to vote for Jeremy Corbyn was not easy. I have learnt to desensitise myself from the hyperbolic shrill of Twitter, and the numbskull hashtag bandwagon campaigns.

First of all, I am mindful that voting for Jeremy Corbyn will be seen by some as a betrayal of the legacy of the Labour Party having made itself electable in the turbulent years in the since the mid 1980s. I should not go so far as to say ‘a pig with lipstick’ could have won the 1997 general election, but I do agree with a sentiment expressed in Liz Kendall’s final speech that Labour did not really have an adequate discussion of what it stands for for a very long time. Whether you agree it or not, there is a perception that Labour to get itself elected is ‘Tory Lite’. This is perceived as huge insult to those who believe in the policies which swept Tony Blair to power in 1997 by some.  But it is the reluctance of those same people to ignore how ineffective we have become in opposition which truly worries me.

Get this. I am physically disabled, and I had to apply three times including a tribunal in Grays Inn Road to get my disability living allowance restored. I found my experience with welfare benefits traumatic, but this cannot have been said to be anywhere as traumatic as those people who took their own lives. Like the MP who spoke elegantly in the debate on assisted dying yesterday, I am loath to say ‘commit suicide’ in the linguistic conflation with the criminal law, such as ‘commit manslaughter’ or ‘commit murder’. I cannot think it is necessary for you to be physically disabled to understand the mental pain which has been brought about by the welfare reforms. but it sometimes feels like it.

When three of the candidates abstained on the welfare reform bill, it really was a massive kick in the groin for me. If anything, Andy Burnham’s explanation of the ‘reasoned amendment’ made it a million times worse. I am not a subscriber to Len McCluskey and UNITE but I felt more than a smidgeon of sympathy when he said he felt like sending Harriet Harman MP the dictionary definition of “opposition”. This single vote was a game changer for me. I had to look very hard to support Andy thereafter. I think his idea to bring together health and social care is much overdue. The reason for this is that the problems in the social care system have a direct effect on the operations of the NHS. But it cannot be ignored by me that Labour did much to bring about the mess of privatisation of social services either. I do not agree with the Foundation Trust policy, introduced by New Labour, as it is my perception that there are NHS Trusts, such as Mid Staffs and Morecambe Bay, which were more interested in their Foundation Trust status than their record on patient safety, and the ability of the clinical regulators to bring anyone to account for clear misfeasance is woefully inadequate. Foundation Trusts, and what has happened, a high proportion of Trusts in deficit in a market gone wrong, is not a legacy of New Labour I can agree with. I am sorry to lay this at the door of Andy Burnham partly, and I would not have minded had it not been for his stance on the private finance initiative (PFI). Andy uses PFI to argue that Labour mended the roof while the sun was shining, but it is shockingly and absorbingly transparently the case that the loan repayments have been unconsionably poor value, as admitted by Margaret Hodges’ committee, something has to be done about it fast. The fact that there are City traders who trade in equity in PFI tells you something about the machinery New Labour put in place over the NHS.

Jeremy Corbyn spoke to my values. I get the fact that he is very old (but that surely should not be a problem unless you are profoundly ageist which I am not?) I think the fact that he disagrees with PFI is a factor, but so is the idea that you invest in people. I remain aghast at how many people seem to think that nurses pay is a trivial idea, mainly from people who have never done had a hard day’s work in the NHS ever. But let me tell you one thing which is very important – nurses’ mental welfare is very important, and rewarding nurses for their difficult job is a step towards that, more useful than yoga classes or whatever the latest out of touch managerial initiative from NHS England is. I think also it IS a problem that Russian oligarchs can buy up new builds in London, and Boris Johnson for example is prepared promote that, at the expense of shoving up house prices in London making social housing in London unaffordable for many. The Blair Twelve, for all their verbal masturbation about how disastrous a Corbyn government will be, have never offered anything constructive on social housing. This is not an issue of “Blairite vs Brownite” for me, it just happens that the abuse from some of those people who have been classified as Blairite has been for me completely unacceptable. Likewise, I think the abuse that Liz Kendall has received is simply disgusting, on account of her standing up for her opinions legitimately.

Economists disagree. I know a reasonable amount of economics, to the point I came top in economics in my own MBA. I think the way people have dismissed a ‘people’s QE’ out of hand distresses me, as it shows that they are more driven by securing their own ideology than potentially helping others in society. It does distress me even more that we have continued with the destruction of delivery of legal aid as we “cannot afford it”. Remember – Sadiq Khan MP, newly elected Labour Mayor candidate – was unable to pledge the reversal of cuts to legal aid when Shadow Justice Minister. And so it goes on. There’s a Labour refusal to say that the £20n efficiency savings, now £30bn, is now unworkable because of the desperate need to hang onto austerity. I have found Yvette speaking too much ‘shrill’ in the debates, and, apart from her interesting anecdote about her Haribos factory, I have found her uniquely uninspiring in the debates. Cooper for example had nothing of interest for me to say on the NHS or social care. And we do know that austerity has failed in numerous jurisdictions – Osborne’s own plans for austerity have failed numerous times, as our national debt has exploded far more than under Labour. Cooper may want to reduce the ‘people’s QE’ as ‘PFI on steroids’ but the way in which Labour implemented QE was itself ‘on steroids’. As Jeremy Corbyn rightly points out, signing up to the Conservatives’ economic plan in 1997 meant us signing up to PFI at the time, and a huge number of contracts were introduced under Labour (even thougjh the Major tenure originally introduced it in 1993).

I think Jeremy Corbyn is a good speaker. He is a Facebook friend. Sure, I ‘get’ the concerns about him potentially leaving NATO and wider foreign policy, but I note that he has never said recently he will definitely leave NATO. For me, he has spoken much sense on the refugee crisis. I expect his Shadow Cabinet to be kept in check by a strong Shadow Foreign Secretary, as I think Hilary Benn MP might be. I as it happens feel that Angela Eagle MP would make an excellent Shadow Chancellor. It’s clear that Scotland rejected Labour. I think the SNP is nationalist rather than socialist, and will do anything to further their nationalist ambitions. But I do think Corbyn does have a chance in speaking to disaffected Labour voters who voted SNP or UKIP recently. I think Corbyn is far from perfect, but he himself has urged the need for a united party, where policy is going to be driven by the grassroots. One of my own personal unpleasant experiences was in the Socialist Health Association where I felt it was impossible to have your contributions valued despite the wealth of experience you can bring. I have no truck with this method of working from the SHA, and I think the whole Labour machine has been like that.

I would like to give Jeremy Corbyn a chance. I am genuinely sorry to those of you who will feel offended by this.

← Labour’s a broad church, but does it need a sacrificial lamb? Labour now must prove that the NHS is safe in their hands →
Click to listen highlighted text! Powered By GSpeech