The BBC analysis (this time on credit ratings) is wrong again

By shibleyrahman in UK politics on August 6, 2011. 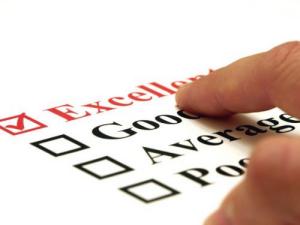 The journalist within the last hour (it is currently 10.21 on Saturday 6th August 2011),  providing the analysis on the credit ratings for the BBC News 24, is wrong in my personal opinion, I’m afraid.

The inference from what he was saying that Britain’s credit-rating might be downgraded if the deficit reduction is not fast enough. It is misleading to have presented this as fact. The issue is in fact as Chuka Umunna clearly described it. If growth is too slow, and the UK does have a poor strategy for economic growth, it is widely believed as an expert opinion, the deficit could get worse, this poses problems for our credit rating. We potentially have to pay more people on benefits, but a slow economy is likely to mean lower tax receipts, and therefore the UK’s economy worsens. If our credit rating is lost, this will impact on our ability for our nation to borrow money in its current difficulties.

The BBC should be extremely careful to present its analysis is an independent, impartial and accurate way.

Unsurprisingly, the BBC journalists seemed unable to mention the problems with growth in the UK economic policy at all. They therefore appear like growth deniers.

Dr Shibley Rahman came top in the MBA in economics and marketing this summer.

← Explosion of the deficit and implosion of the Liberal Democrats The BPP LegalAware Situational Judgement Test →
Click to listen highlighted text! Powered By GSpeech