Everything about the Royal Free management of delirium is completely abnormal 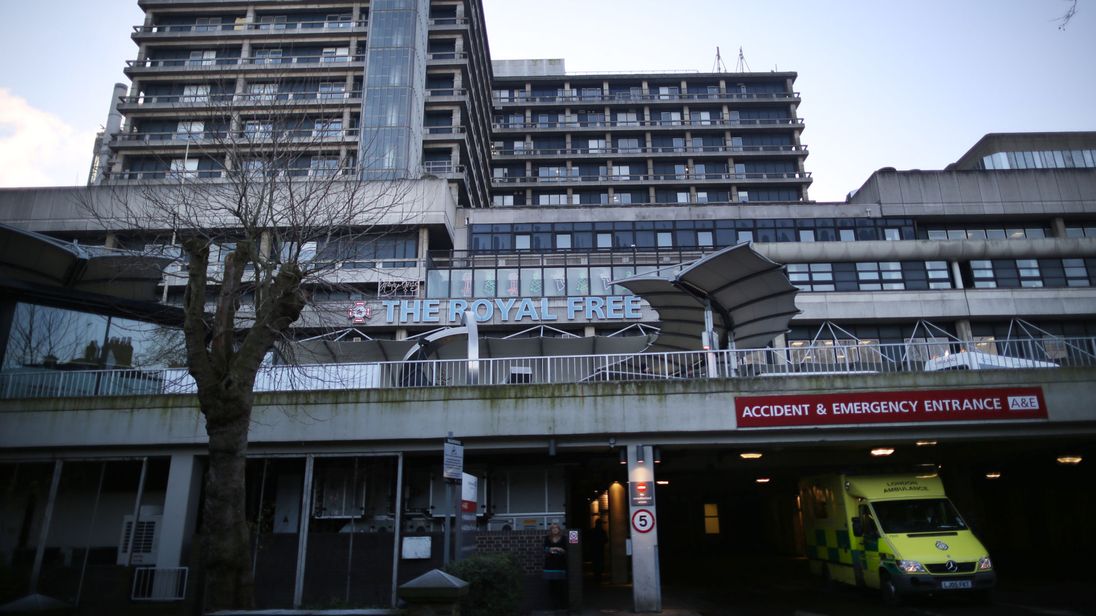 For a start, the Royal Free’s obsession with ‘medically fit for discharge’ does not seem to include whether my mum’s intake of food and drink had fallen off a cliff. She was incoherently rambling, and looked as if she was sedated and half-asleep. This is typical hypoactive delirium, and made my mum’s discharge to assess last week unsurprisingly a complete nightmare for me, her full time carer with whom she lives.

It seems totally unimportant to the therapists on this ward at the Royal Free that she has lucid intervals when she can interact with people. Instead, the therapists are uniquely focused on their task-centered care, performing tasks at their time and convenience, irrespective of which persons are awake or which family is around. As a proponent of person-centred care, I find this totally objectionable, as we now enter two whole weeks of mum deconditioning in bed. For all the attention to ‘end PJ paralysis’, I doubt thanks to the inattention of the therapists at the Royal Free, mum will ever gain her independence again. Her food and drink intake, despite palliation needs, had fallen off a cliff, due to the delirium. She was totally ambulant before. The label of ‘dementia’ rather than opening doors has sent her instead hurtling down a route of ‘terminal’ and ‘end of life’, when she was to all intents and purposes ‘living well’ in the community.

My mum is very light-weight, and is very frail. The diagnosis of dementia, with all drugs crossed of including her cognitive enhancers, never mind rebound of an anticholinergic delirium, has become like a noose round her neck, with the frailty completely ignored. Twice I have had to request the medical team to cross off benzodiazepines, midazolam and lorazepam, off the drug chart, which most people accept can be deliriumogenic. The ward has often been very noisy at night, making it unsurprising many patients are so sleepy during the way, whether or not they have been written up for sedating drugs without any discussion with patient or family.  The nurses on the ward, however, are truly outstanding.

Some healthcare assistants are very good. Some overreach themselves with banal phrases such as ‘the blood pressure is PERFECT’ and deliberating facing the electronic blood pressure monitor so that the reading is out of sight. The culture is positively antagonistic, with some threatening to ‘report you for being abusive’, if a cleaner sweeps under your feet while you’re sitting at a chair without any warning, or if you wish to connect Mum on Skype with Kate Swaffer in Australia as a bit of reminiscence. Incidentally, the same healthcare assistant who reported me for that Skype was later sat in the corner with her headphones on chatting on her mobile phone, while patients were calling, and also was feeding my mum at high velocity even when she had not cleared the current mouthful.

I had no choice but to seek my mum to get mum admitted, for dehydration and her falling oxygen saturations, even though the admission itself worsened delirium. There is no attempt to reorient mum in a normal sleep-day cycle, and the regular ‘observations’ have the opposite of a calming effect. The precise diagnosis for mum is a mixed delirium, as she can be agitated. I would never dare to inflict my diagnosis or management on mum, given the code of conduct for registered medical professionals. There seems culturally a reluctance to negotiate with the clear diagnosis of delirium, or a discussion of how function may be recoverable, as the underlying pneumonia is ‘cured’ (or more like delirium does not get coded properly as a diagnosis). There seems to be little appreciation that delirium is worth spotting, and is a significant serious risk itself. When you consider that nobody introduces themselves or what they do, apart from a significant outstanding minority, you have to acknowledge there are good reasons for patients being so confused.

I’ve been really appalled with the ‘acute deterioration of dementia’ being such a prevalent attitude, and no willingness to embrace mum’s function prior to the admission. That is entirely in keeping for the reluctance of everyone to know what mum’s function was like prior to admission. It says on mum’s board that she likes word searches. I can say hand on heart that she has never done a word search in her life.

And whilst medically ‘fit’, she now can’t walk – and that’s new from this admission.

I went to see my father with my mother to Ward 6W at the Royal Free Hospital. Instantaneously, he looked pleased to see, recognized me as ‘Shibley’, and then appeared to be very agitated and restless. He moved on to say, ‘Shibley, Shibley, Problem, Problem’. I went to the toilet, and when I came back, I found that the arrest team were there. He had lost output, and he had had a heart attack. I knew his blood pressure had dropped, and at that point did not understand the severity of the event. I had only minutes’ earlier been clutching his Lucozade, forced him to take a sip or two, but left the biscuits and chocolates, as well as his ‘Get well soon’ and ‘Thank you’ card in the bag.
I will bury these items with him. I will wear his shoes though, which he had bought the previous week from Oxford Street in Marks and Spencer.

What followed as the worst day of my life. I never saw him again until bed 3 in the ITU. In between, the Consultant Cardiologist, who used to be my SpR at the Hammersmith, caught up with my progress since my recovery and since I went feet-first into my legal studies and promoting awareness of dementia. He explained fully that it was likely that my father would not survive. Actually, his normal echocardiogram was a false positive pre-operatively; we both knew pre-operatively that he was having severe episodes of chest pain at rest but the anomaly was such that his coronary arteries were delivering a normal result because the whole cardiac body was underperfused. The Consultant explained he was lucky to be alive, with all the arteries apart from one being intensely calcific, implying that he was a very high risk patient for a procedure. However, we both knew that if he had had this angiogram beforehand, he might have actually died, not had his operation, and be awaiting perhaps a by-pass graft which might not have worked anyway.

He had his operation because we both saw him decline over several years to almost wheelchair bound. He would wake up at 3 am, say his Islamic prayers, watch BBC News 24 like a zombie all morning, and then cook for me and my mother with whom he lived in Primrose Hill. He would then go to bed at 8 pm, but have nightmares, and not sleep well every night because of intense leg pain, which I now know was intense peripheral vascular disease. Dad, please forgive me – I am not a practising Doctor any more.

I have loads of regrets that he came to see me after alcoholic withdrawal fits in hospital, some requiring emergency intubation, and to see me after my various drunk-and-disorderlies. That’s the thing I’ll never forgive myself for – my selfishness and his selflessness. He knew he was critically ill, but said nothing. He looked after me and my mum, and was wonderful. Everyone who has messaged to me have used consistent words such as ‘a gentleman’, ‘wonderful’ and ‘kind’. That was him – he always wore a suit (and a tie). He did not grumble that he failed the diploma of the Membership of the Royal College of Physicians exam (which I passed in 2005), because of his undiagnosed colour blindness in large part. Also, as for the famous BBC articles which call me a stalker, although I have never received an offence, caution, reprimand or warning from the Police for stalking, he told me to ‘Forget about it. The BBC is a big institution, and its smears does not matter any more to me’.

I will continue to apply to the GMC and the SRA for my entries to the legal and medical professions. I dearly uphold each of the professions. I will regret massively that my father will never see my reputations salvaged, but everyone has told me he will ‘get to know’, I should lead each day to the full, and (my Consultant Psychiatrist particularly said it), I had turned the corner. I cried when I told my Psychiatrist yesterday outside Regents Park Mosque that my blood results were normal. He told me, “Well of course, this is no surprise. He knew you’d be cured, believe me”.

This song is for my Dad, Dr Muhammed Khalilur Rahman, who last week said he was ‘sailing home, again across trouble waters’ and always cried when he reminded himself of his elder brother who died in Bangladesh 2 months ago. “I am dying, forever crying”. “Can you hear me through the darkness of the waves?”

My Dad graphically describes the boat as he left his home village of Bangladesh as the trouble waters, and often used to recount when he was bleeped in England to inform him his own father had died. He worked really hard for the NHS for 30 years, and it will come as a shock to his patients in Burgess Hill that he’s passed away.

And, finally, this is him breaking his fast in Ramadan this year. At the back of my mind, I knew he wouldn’t be with me for long, so I took this video against his will. I said to him last Friday when his operation had been cancelled for the second time, “I’m glad, as you can stay with me for a few more days more”. He smiled. Somehow I knew what he knew what exactly I meant…

An extremely difficult time for me, and I wish to thank the enormous amount of messages I’ve had on Twitter and Facebook. I feel like a dead man walking, but I am determined not to relapse for the rest of my life, for the sake of my father’s reputation and my mother, for long I don’t know will be alive.

My father’s funeral will take place in Islington next Wednesday afternoon. I am looking forward to it. He was an amazing man to me. My best friend (and carer as I am disabled). I will always miss his company, and he’s far more wise and intelligent than I’ll ever be.