The perfect storm around #BawaGarba was a long time coming 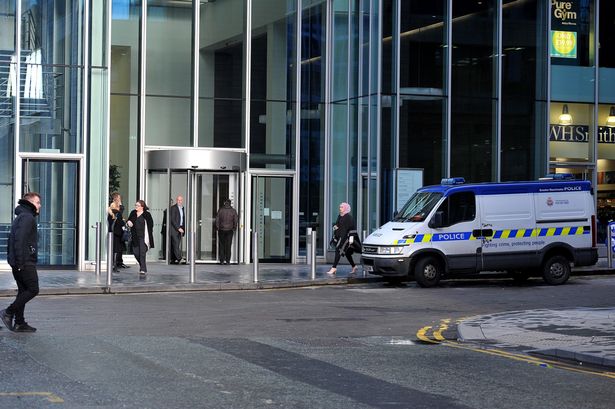 As a result of my erasure in 2006 from the register of medical professionals in the UK, I had a lot of time to reflect on the events leading up to it. I have from time to time also reflected on this following my restoration in 2014. In the meantime, I had re-trained in law, paradoxically inspired by my experience of the judicial process. This was not a brief Masters in medical law, but both my Bachelor and Masters of Law, as well as the pre-solicitor training course. To do the last bit, I had to be approved as a fit and proper person by the legal regulator, the Solicitors Regulation Authority. I enjoyed my study of the English legal system, and reflect that if I had never studied law I would never have met the late Prof Gary Slapper – a formidable academic with an interest in conspiracy theories and corporate manslaughter.

This is all rather awkward, not least because Charlie Massey and Jeremy Hunt get on well, despite having divergent views on the implications of the #BawaGarba judgment. In a way, the General Medical Council (GMC) does not actually do ‘personal’, although ensuing events do rather appear like a hate campaign. It has become traditional to issue a sop to the ‘victim’ of misfeasance of a Doctor, and I do genuinely feel that there can be few things worse than the mental anguish of a grieving relative. The GMC and Medical Practitioners Tribunal Service maintain separation of powers, and, whilst I feel that the GMC can move in mysterious ways, I feel that the GMC believe that they are doing their very best to maintain public safety and confidence in the medical profession. This blogpost is therefore not an easy one to write, and inevitably will mean that I could accidentally cause offence. I am reflecting on issues to the best of my ability, and, if I fall short, I do apologise.

#BawaGarba found herself in a perfect storm. There are various systemic factors arguably out of direct control of the GMC. These are the exact funding of the NHS, including whether there is a sufficient number of doctors on rotas in individual hospitals. Notwithstanding, the GMC has a statutory duty in education and training, and, from what I know, will intervene in cases where NHS Trusts offer a suboptimal training experience.  But there are important other systemic factors. It is quite common for non-white British trainees, once a GMC alert has been triggered, to be ‘thrown to the wolves’ from the regulatory process, but whether this achieves statistical significance is worth exploring. The trend has been for, once these Doctors have been reported, for all positive references to be withdrawn, and, often, although the source of the leaks are never identified, for the Doctors to receive a barrage of unfavourable press prior to any hearing. A media presence seems to defy any traditional notion of contempt of court, or right to a fair trial, as Doctors are subject to a total monstering and humiliation in the media. But it is not uncommon for papers in the English media, and their class of readers, also to subject groups of Doctors, such as EU Doctors, to an utter monstering as well, allowing xenophobia and outright racism to flourish. The scope for moral panic is enormous. But to lay these problems at the foot of the GMC, I feel personally, is unfair.

The GMC indeed also has an important statutory duty for patient safety under section 1 of the Medical Act 1983. The “There but the grace of God go I” used alarmingly frequently by white, English doctors on Twitter might reflect the observation that some Doctors are safer from attacks from institutional racism than others. This is particularly problematic if the NHS Trusts continue on its trend to trigger an official regulatory complaint effectively to cover their own backs rather than a genuine attempt to improve the performance, health and wellbeing of their Doctors employed under employment contracts. This has indeed been witnessed in the enforcement of the junior doctors’ contracts, arguably. Also, the “There but” observation is also problematic from the point of view that it seems to signal an admission that registers an admission that registered Doctors go to work knowingly taking risks and making mistakes. Most Doctors will admit to having taken risks and having made a mistake, and the number of mistakes reported daily in the NHS, a mere fraction of the real number, must urge a need for an open and transparent culture where people can learn from mistakes. But the GMC and the higher courts will tend not to tolerate any mistakes, or catalogues of error, whatever the mitigating factors. This might include an unblemished record for 30 years. The issue is that if the performance is way below a standard, there can be no excuse for it. If somebody has died, the threshold for mitigation has to be high, most reasonable persons might argue. And if a court of law has found someone guilty of manslaughter, whatever the process involved for doing so or the people involved, it is hard to leave no sanction on the Doctor, it is argued, whatever the need for organisational learning. Both the GMC and higher courts have consistently argued that public trust and confidence in the medical profession are more important than any individual doctor’s career.

The argument that ‘We go to work and are caught between a rock and a hard place’ merits scrutiny too. This comes down to the nature of how a crime is satisfied in English law – there can be intention to do the crime, and, although there is some finesse about the jurisprudence, there might be recklessness. The law in this is fairly well settled since R v Adomako. It might seem unfair to blame a Doctor having to cover seven bleeps one morning, but the point in law is that the Doctor by carrying those bleeps has assumed a duty of care to his or her patients, and any breach therefore of this duty of care, given the issues of causation and remoteness, is negligence. It might be argued that in tort the Doctor has assumed this responsibility under duress, but in reality most Doctors pick up the bleep from an office in the Hospital without any altercation. And Doctors are entitled to resign if they feel that there has been a fundamental breach of a contract, including a bilateral feeling of trust and confidence, between employer and employee. In reality, Doctors never do, despite the potential risks for patient safety.

Whilst there might be outrage about the lack of due emphasis on organisational learning, this organisational learning nor indeed any individual duty of candour are operational at any meaningful statutory level, meaning they exist in an Act of parliament or statutory instruments.  And nobody is above the law. If there had been no sanction on #GawaBarba, a possible interpretation might have been that mistakes, whatever the reason, are excusable because of the ‘state of the NHS’. It might then be argued that the correct course of action might be for corporate manslaughter against the Secretary of State for health and social care, for ‘avoidable deaths’, but this has to be proven beyond reasonable doubt – an incredibly difficult offence to fulfil, as the late Prof Gary Slapper I am certain would testify.

I doubt, if #BawaGarba finds herself back on the GMC Register, she will find it easy to find employment again, especially with at least a five year gap in training. The GMC, even with its statutory duty for education and training, as well as patient safety, seems pretty indifferent to the professional rehabilitation and retraining of Doctors put back onto their Register. But the observation that no Doctor can ever be professional rehabilitated does concern me, even with the strong emotions that the ‘punishment should fit the crime’, and the need for a scalp can be overwhelming. For example, #BawaGarba has found that her subsequent good performance had become somewhat irrelevant as far as the regulator and higher courts were concerned.

As the old trope provides, there are no winners. There are only losers. It’s said that the GMC ‘doesn’t do personal’ in the same way a sanction is delivered in the same way a parking ticket is issued, and the GMC’s purpose isn’t, it is argued, to do ‘show trials’. The GMC’s position is that they are not in the business of ‘punishing Doctors’, but, I feel, it is of concern that unintended consequences, including a culture of fear, could continue to be dominant in the medical profession. The GMC doesn’t likewise, perhaps reflecting their perceived concerns from the general public, want to allow free rein on Doctors ‘free to make mistakes’, and good doctors will argue that they are all trying to do the job to ‘the best of their abiility’. The problem facing the GMC is whether ‘the best of someone’s ability’ is simply good enough. The general approach is that there is no shortage of doctors, and it is a honour to be a registered doctor. Whether there is a sufficient number of doctors for the demand is a concern the GMC can decide to involve itself with, or not. There is a clause in the code of conduct – Good Medical Practice, 2013 – stating that it is the responsibility of doctors to identify any shortfall of resources. I doubt all the senior Consultants or even STs in training taking to Twitter outraged about the #BawaGarba judgment are writing this morning to the GMC to warn about shortage of resources in their own hospitals, despite concerns about patient safety. It is noteworthy that the GMC in their statement on the case mentioned this only yesterday even. But individual Doctors have also been rather effective at protecting their own backs?