Home » Recovery » Experiences from a recovering doctor. Why I wish to return to doing clinical work

Experiences from a recovering doctor. Why I wish to return to doing clinical work 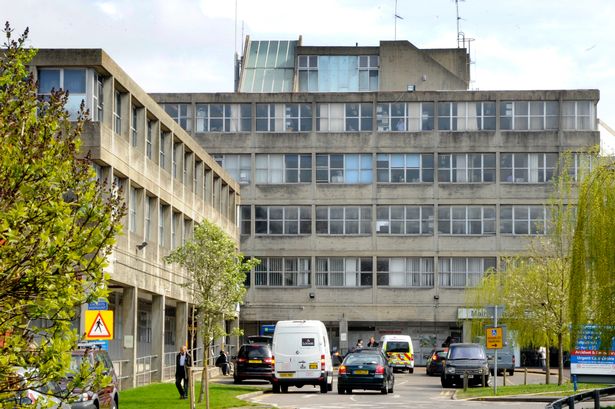 Being a doctor, with other people’s lives in your hands, is a massive privilege.

Much like a person who receives a diagnosis of dementia, I experienced enormous relief at receiving a formal diagnosis of alcohol dependence syndrome.

For the psychiatrists, it was obvious. I was unable to stop at one drink. I would have to drink more to get the same hedonic effect. I used to drink to avoid the withdrawal symptoms.

This June was in fact the tenth year anniversary of my six week coma spent in the Royal Free ITU in a coma. It was after that I became disabled. I had been resuscitated in fact by a colleague of mine who had been at Northwick Park. I sustained both a cardiac and respiratory arrest on the same afternoon in June 2007, as well as an epileptic seizure.

It is no small thing, therefore, for me to say that I love the NHS.

I remember, however, being very ill at the time of my job in a certain London trust. It was later remarked to the GMC years later that I had ‘bloodshot eyes’ and smelt of alcohol. Curiously, that Trust never made steps to help my health at the time.

A consultant and his registrar never discussed these health issues at the time, either.

I was certainly in trouble for my life, not merely career. In 2006, I was struck off. I then spent a year in a pub with no disposable income nor job, and a sluice of hate stories in the media. My late father spent the last years of his life utterly disgraced.

I tried to rebuild my life again. I remember the GMC Fitness to Practise panel adking me in 2014 what I had learnt most from my time off the GMC Register. I explained that I finally felt I knew it what it was like to be a patient.

It had been the first thing which came into my mind. But I feel it’s very true. I remember the occupational therapists of the Albany Ward at the National Hospital for Neurology and Neurosurgery taking me on a shopping trip to the local supermarket at the Brunswick Centre near Russell Square. My job was to organise buying groceries. The day afterwards, my session was making a cup of tea.

I remember the physiotherapy sessions – also in the community. I spent hours sitting on a rubber ball, while my friends who are now consultants and professors were beginning their specialist registrar rotations. I remember tiptoeing on a mythical line, to build up my pelvic muscles too.

I then went onto do my Bachelor of Law and Master of Law. I remember going to see a Professor of law to discuss doing a possible PhD in criminal law, in the law of insanity. I remember the disappointment of me and my late father as he advised not doing a doctorate in law.

I was then unexpectedly approved by the Solicitors Regulatory Authority to complete my pre-solicitor legal training. After a 3 hour viva, shortly after my father had died, I burst into tears and they offered me a box of tissues.

When I asked one of my other Specialist Registrars last week from that London Trust, now a Consultant in London, he said I would ‘hate clinical medicine’ because of the DATIX forms ‘used as complaints at Doctors’.

When 15 years ago at this London Trust, a dose of a medicine on a drugs chart was not dispensed because I wrote the wrong date on an overnight on-call, no “root cause analysis” was ever done. Instead, it became a big event in my GMC case. Notwithstanding, I have a wholly positive attitude to learning from mistakes for patient safety even today.

I can’t eliminate all the triggers for drinking unfortunately. Stress is certainly one of them, but I managed not to relapse when my dsability benefit was recently taken away, despite being clearly disabled.

I do remember the GMC asking me what I reckoned my biggest risk factor for drinking was. I simply replied: “Complacency”.

I actually do love patients and medicine. I have just completed three books on dementia, and I am doing two further on dementia and frailty right at the minute. My first book indeed won best book of the year award in 2015 for the BMJ Awards.

In 1999, I published a seminal contribution in dementia in the world. But I would be ineligible for jobs in academic dementia because I don’t have a ‘strong history’ of raising money in grants.

There are two schools of thought about people with mental illness becoming psychiatrrists in training – ranging from terrible to excellent.

But I would like to give this a go, flexibly, part-time, in an enjoyable environment.

My addiction psychiatrist, whom I adore, once warned me, “Shibley, you’re like one of these people who likes watching his favourite film, replaying the sad ending hoping one day it will be a happy one.”

I have no wish, of course, to ‘right any wrong’. I am in awe of the medical profession. It was with much reluctance I turned up at two interviews at Freshfields and Linkaters for training contracts in the law ‘magic circle’.

Despite all I have felt about the General Medical Council, I am eternally grateful to them that I do have a second chance. I try my best to look after my elderly mum, with whom I live, but even she wants me to give it a go.

I have a great support network now. I feel relatively resilient, but as I keep saying to friends of mine with dementia: “anything can happen to anyone at any time.”

← The need to heal Book review: “Your life in my hands”, Rachel Clarke →
Click to listen highlighted text! Powered By GSpeech