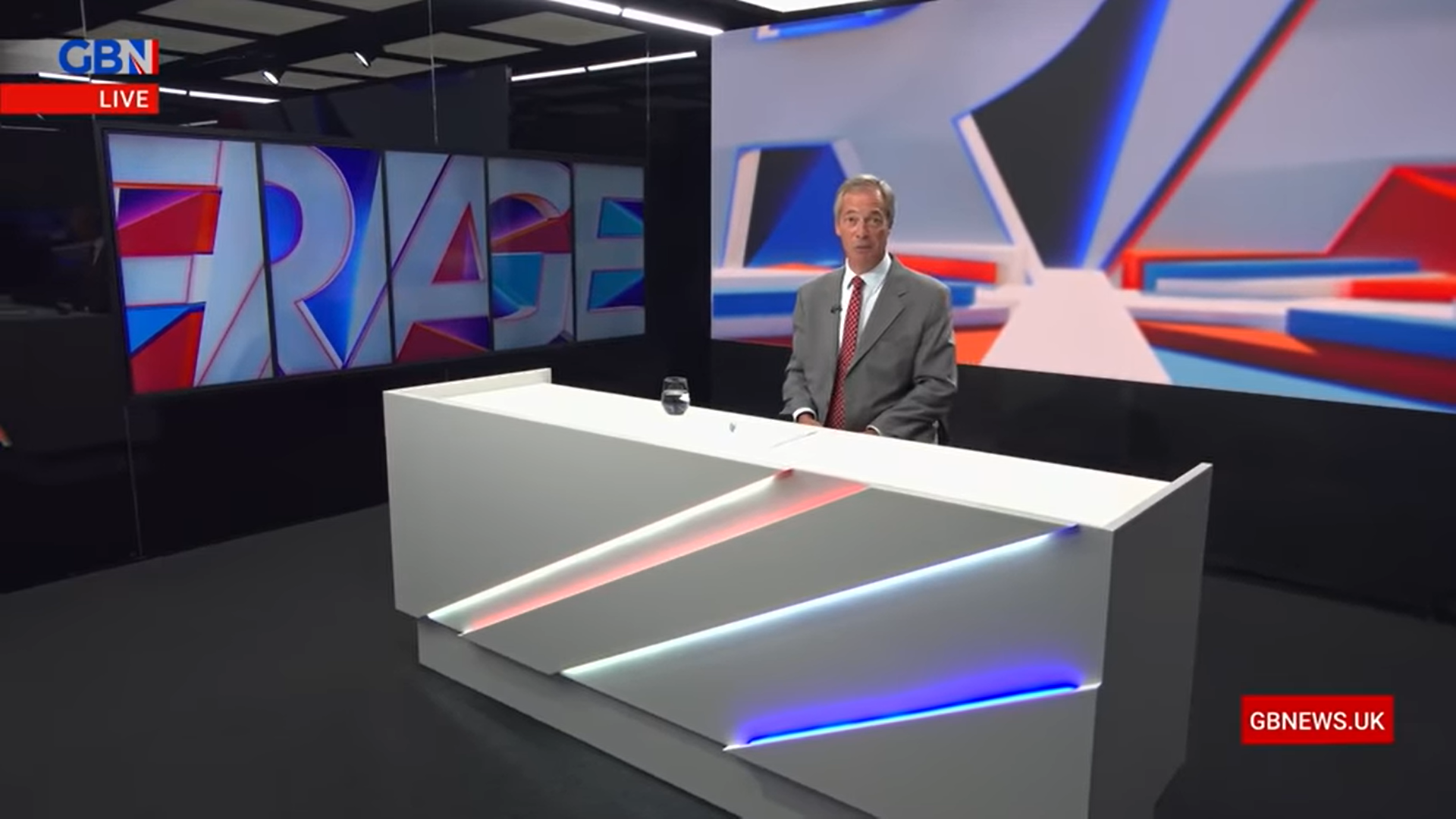 I had been a lifelong Labour voter since 1992. When I ‘came out’ in support of Jeremy Corbyn as the democratically elected leader of the Labour Party, twice in fact, I was much derided on social media. I was attacked for supporting someone who was alleged to be ‘anti-semitic’, and the whole thing became totally unpleasant with much time-wasting leadership bids from Owen Smith and Angela Eagle.

There’s currently much for all of us to be concerned about – to name a few, the ‘cost of living’ crisis including sky high energy bills, inflation creeping up to 10%, record waits on the NHS waiting list, the possible independence of Scotland and Northern Ireland, crises abroad such as Afghanistan or the Ukraine. I would not consider the numerous fixed penalty fines from Johnson (or Starmer, if they happen) an issue to be one which occupies my mind much (so called “Partygate”), or his dreadful gaffes including the CBI Peppa Pig speech.

You may knock GB News, and to be honest I’m not that interested in the “culture wars”. But watching the channel, with some favourite shows, for a few months has exposed me to an open discussion of many issues which I simply did not hear on the BBC. Likewise, just because I am a regular GB News viewer, that does not make me ‘far right’. To imply that is to imply GB News viewers are all far right. It’s as insulting as saying Brexiteers are lacking intelligence, an easy insult to make in the heat of the moment.

The discussions on GB News tend to be respectful and informed. Clearly, some of the panels are a bit Mail/Sun/Express for me, but I choose to watch these individuals. Some arguments are bit off-the-wall and to my knowledge incorrect, but you get that everywhere. But the election results from England came as no surprise to me. Keir Starmer will not become Prime Minister, and I am certain that the Labour Party in due course will replace him.

The exclusion of Jeremy Corbyn is an admission that we live in a Presidential system, and that there should have been processes and procedures in place to root out all antisemitism in the Labour Party. But that is clearly not the only problem in the Labour Party – others include its funding crisis, the lack of publication of the Forde Report, allegations of Islamophobia, and so on. The attacks on Corbyn simply look like a hate campaign, a highly personal one, and disenfranchises all the people who supported him for the last few years. Last Thursday, the ‘get out the vote’ door knocker who came to my flat was clearly a young person recruited during the Corbyn era, who did not really want to be there.

Having read Paul Embery’s book ‘Despised’, which I strongly recommend by the way, it struck me that I fall into the demographic which did not really understand Brexit, living in North London, a Europhile and University-educated. The book is very elegantly argued, and it has helped me understand what has gone badly wrong from the ‘left’. For example, we have pumped a huge amount of an effort into an university class saddled with colossal debt with few opportunities to build a future sometimes. It happens that, from my personal experience, that the people on the left who have succeeded have come from privileged backgrounds.

Seeing gains in the North East for other parties, and basically the performance of Labour flatlining, made me think that Dehenna Davidson MP’s opponent in a TV debate really didn’t understand why Labour was so unattractive to the voters, almost to the point of lacking all insight. It was totally exasperating, almost to the point that that Labour MP looked dangerously out of touch.

The next general election could come sooner than you think. Starmer offered no alternative thinking in the pandemic, nor on Brexit. OK, he has put all his eggs in the windfall tax basket, but it seems that Starmer cannot put forward a political argument and take people with him. Optics matter. The spectacle of Sadiq Khan euphoric in Barnet in London as a ‘game changer’ was utterly ridiculous, and possibly itself alienated voters. The issue is that Labour did not do well in the rest of the country, and the Conservatives and LibDems even managed to make some gains.

The fact that Labour can’t even discuss Brexit or immigration is staggering. The lack of opposition on Brexit is extremely worrying given the potential effects this is having economically and geo-politically, and even Brexiteers, I assume, don’t want a total cover-up. At a time when freedom of speech is so cherished, why is that the problems regarding Brexit aren’t discussed in a mature manner.

Rather surprisingly, I was called a ‘fat gammon’ this week on Twitter, despite the fact that I troll Tweeps with my profile which says, ‘Woke’. Watching GB News as entertainment has helped me to understand other people’s views, even though I may not necessarily agree with them. There are, for example, reasons why some people felt they did not benefit from membership of the European Union. I suspect some Tory MPs know that Johnson is more in touch with his voters than they are, whatever your personal views about these voters. The election results from England last night therefore made perfect sense to me, even if the BBC pundits seemed extremely surprised.

As it happens, I too feel despised by the Labour Party, and the discussions on GB News have in fact opened my eyes. There’s a lot there I disagree with, rest assured, but I am mature enough to make up my own mind.

← The delirium OSCE. We need to talk about this. End of the Partygate? →
Click to listen highlighted text! Powered By GSpeech