Home » Politics » The end of the Conservative Party is nigh. For that reason alone, I’m not bored of Brexit.

The end of the Conservative Party is nigh. For that reason alone, I’m not bored of Brexit. 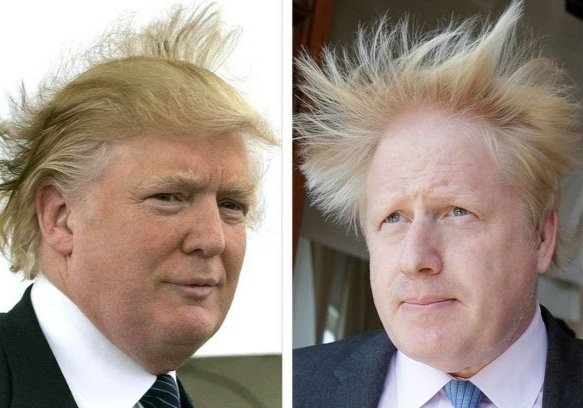 It’s a bad start for the leading finalists in the Conservative leadership election to say that their party will be annihilated unless Brexit is ‘delivered’. Let’s face it – the implementation of Brexit by the Conservative Party, with no involvement of devolved governments or the official opposition, has been a disaster after three years. You only need to look at Jeremy Hunt and Boris Johnson to see that the Conservative Party will soon be totally unelectable for a generation.

Boris Johnson exudes incompetence, arrogance, faux intelligence and self-entitlement. Jeremy Hunt fraudulently pretends that his negotiation with junior doctors was a success despite being deeply traumatic unnecessarily for all parties involved.

Whatever your views on the economic future of the UK after Brexit, it’s beyond any reasonable doubt that the reputational damage for the UK in terms of an influential world force for good, apart from Trump’s America, has been enormous.

If the UK exits the European Union with a successful negotiated settlement, it is pretty likely that the Pound will plummet further. This of course is an opportunity for short-sellers. But the benefit for the City is likely to be shortlived, if the EU denies passporting rights for transactions in London.

I don’t understand some voters who might want to ‘get on with it’. I liken this to someone arsoning your flat. Instead of putting out the fire, you are asking the arsonist to pour more petrol on the flames. I don’t understand why some voters have gone all silent on immigration. Maybe they know that Brexit might actually catapult an increase in brown or black faces in their local vicinity. I don’t understand why some voters are still passionate about past glories of England, when their local car plant is being shut down to be relocated to somewhere more sensible for dealing with the international supply chain,.

Being socialist meant to me being social. This does not mean turning our backs on, socially, politically, or economically with our EU neighbours. The pretence that Brexit can build a socialist nirvana in one country has never been tested for. It is naïve at best, and profoundly economically illiterate at worst, to think that multinational corporates can be completely obliterated from a post-Brexit UK.

It’s too late to honour the referendum result, unless the same parliament, with a different Prime Minister, can ‘seal the deal’ with the negotiated outcomes. This is unlikely if Labour continue to reject the deal, which they should do as it does not fulfil their original stipulated requirements of being at least as good as membership. The EU after their summer recess have no intention of re-opening the negotiation. The whole country apart from the Conservatives and Rory Stewart know that the positions of Jeremy Hunt and Boris Johnson are a pack of lies.

The only way forward is for Labour to decide on whether it wants to renegotiate a settlement (to which the EU would have to agree) or whether it simply wishes to end this stressful madness by revoking Article 50.

David Cameron’s ‘holding operation’ of an EU referendum has stunningly backfired. If Labour is unable to get a majority in the general election, to work with the Greens, SNP or Liberal Democrats, and to form a coalition of sorts will have to adopt a pro-EU position. These facts need to be stated clearly ahead of any general election it wishes to participate in, unless it is Labour’s intention to scoop up votes to form a coalition with the Brexit Party.

If Labour were to take a pro-EU stance, if the EU can’t renegotiate the settlement, it’s my genuine belief that the Conservatives will be out of power for a generation.

And, if so, good riddance to them.

← Time for the discussion of Brexit to get beyond hashtags and internal bickering I’m voting Labour →
Click to listen highlighted text! Powered By GSpeech