Some thoughts on Jeremy Hunt

By shibleyrahman in Politics on October 4, 2016. 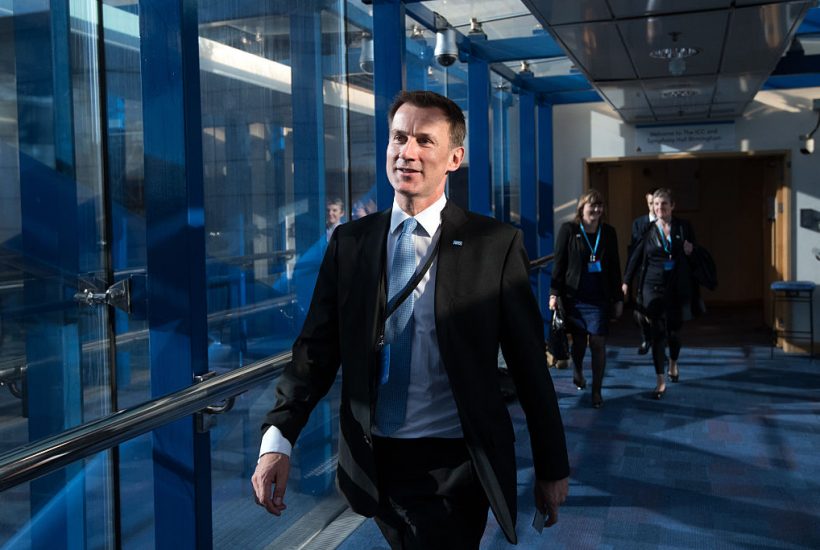 I’m a card carrying socialist. I don’t know whether I’m a Marxist Trot, but my views are in keeping in what most people would view as for the public good but not in a way dictated by markets free or otherwise.

Not that it matters, but I’ve always voted Labour. The defining event for me was in fact going to Margaret Thatcher’s last ever Prime Ministers Questions. I lived mainly in London in 1990, a stone’s throw away from Leicester Square – and I remember the Poll Tax riots and the tail end of the Thatcher government vividly. I remember the politics of the 1980s vividly, as a child, and I committed never to vote Tory again. I fulfilled that promise, as it happens.

It’s well known I’ve spent far longer as a NHS patient, with an adult onset physical disability as a result of meningitis in my mid 30s, than as a practising junior doctor, though I remember my time as a junior doctor with disproportionate affection. Hospitals for me provoke mixed emotions – I survived a six week coma in one, I saw my father have the cardiac arrest team around him before he did in the same hospital as it happens, and it’s one where I have much goodwill for their ‘dementia friendly’ approach given my current interest as an academic physician in dementia predominantly.

I am not a ‘celeb blogger’ – but then again I loathe the media, and the media hate me. I tweeted recently that ‘I don’t believe a word that Jeremy Hunt says’ – this is on the basis of how his legal team had emphasised he had never imposed the NHS #juniordoctors contract despite him saying on numerous occasions he was imposing it.

But the thing to remember for me is that Jeremy Hunt as such does not ‘act alone’. He went into Theresa May’s first cabinet reshuffle expecting to be dropped like a lead balloon – hence the lack of lapel on his jacket – but he emerged happily in situ. So Jeremy Hunt is fallible – he expected to be sacked.

He sincerely believes what he does – which I think is ‘liberalising the market’, ensuring that Mid Staffs never happens again, producing a workforce less dependent on immigration, and so on.

As it happens, I profoundy disagree with his view on the NHS. I dislike the fact he rarely comments on the idea that provider competition has not improved quality in the NHS, how he has a total blindspot for the social care profession, how he seems in total denial about the catastrophic finances of the NHS, how his electronic IT programme is way off track, and so on.

But again I wonder to what extent this lack of trust in him is entirely his fault. For example, I don’t think the BMA acted par excellence, and I myself wondered how on earth these strikes were not impacting on patient quality or safety. But then again if it’s the case that NHS Providers and NHS hospitals can send out strongly worded letters with impunity then that is that.

The General Medical Council don’t appear to wish to comment much on rota gaps, and general morale, or how #juniordoctors might refuse to sign a contract if they feel uncomfortable, and so on. I’m not in fear of the Council, it’s just I have nothing much to do with them. My personal view is that they could have been far more respect and responsive of the patient safety views of doctors, that’s all.

It says in our code of conduct that if we feel uncomfortable about resources we should say so. Some of us have repeated this ad nauseam  – so now what?

I like James Titcombe hugely. I find the story of Joshua incredibly fertile in what we could do for learning from mistakes from the future. But, despite the best will in the world, if Katrina Percy refuses to resign having won once a HSJ award that’s where we are. If I can live with a mistake for the rest of my life, and others don’t, so be it.

I like Deb Hazeldine equally hugely. I can’t even begin to imagine what she feels everyday.

I enjoy my work which is basically advocating for people with dementia. As a carer myself, I am interested in that too. But I know my boundaries. Me ‘hating’ Jeremy Hunt will achieve nothing – he is doing his job albeit with a workforce some of which want to emigrate.

Cuts and low morale I think are a threat to patient safety – but if the General Medical Council feel comfortable with that in their remit, nor with giving proper support to Chris Day’s whistleblowing case, there’s not much many of us can do about it.

I don’t actually ‘hate’ Jeremy Hunt. He MUST, I’m sure, know that the NHS and social care need more money, the workforce largely don’t trust what he says, doctors in India no longer wish to work in the UK whether or not he needs them, and so on.

But it’s Jeremy Hunt – too surreal to fail.

← A clear mismatch between Hansard and the High Court regarding Jeremy Hunt’s ‘imposition’ Jon Ashworth MP has his work cut out. Things can only get better. →
Click to listen highlighted text! Powered By GSpeech