By shibleyrahman in Politics on September 10, 2016.

It’s all been an incredible mess.

DD: You said you would like to see Labour going into the next election saying our party policy is to go back into the EU.

DD: You ignore the Brexit vote.

OS: Exactly. We need to find out what it is. The Brexit vote set a direction, if we like. We don’t know where we’re going.

OS: Well, I hope we are. And I think we should be strong about that.

You could probably fill an entire blogpost with Owen Smith MP’s greatest gaffes. But this is no time for such hilarity.

The latest journey into the Trump school of campaigning involved Owen Smith MP ‘winning’ at something. Yes – winning at getting married. 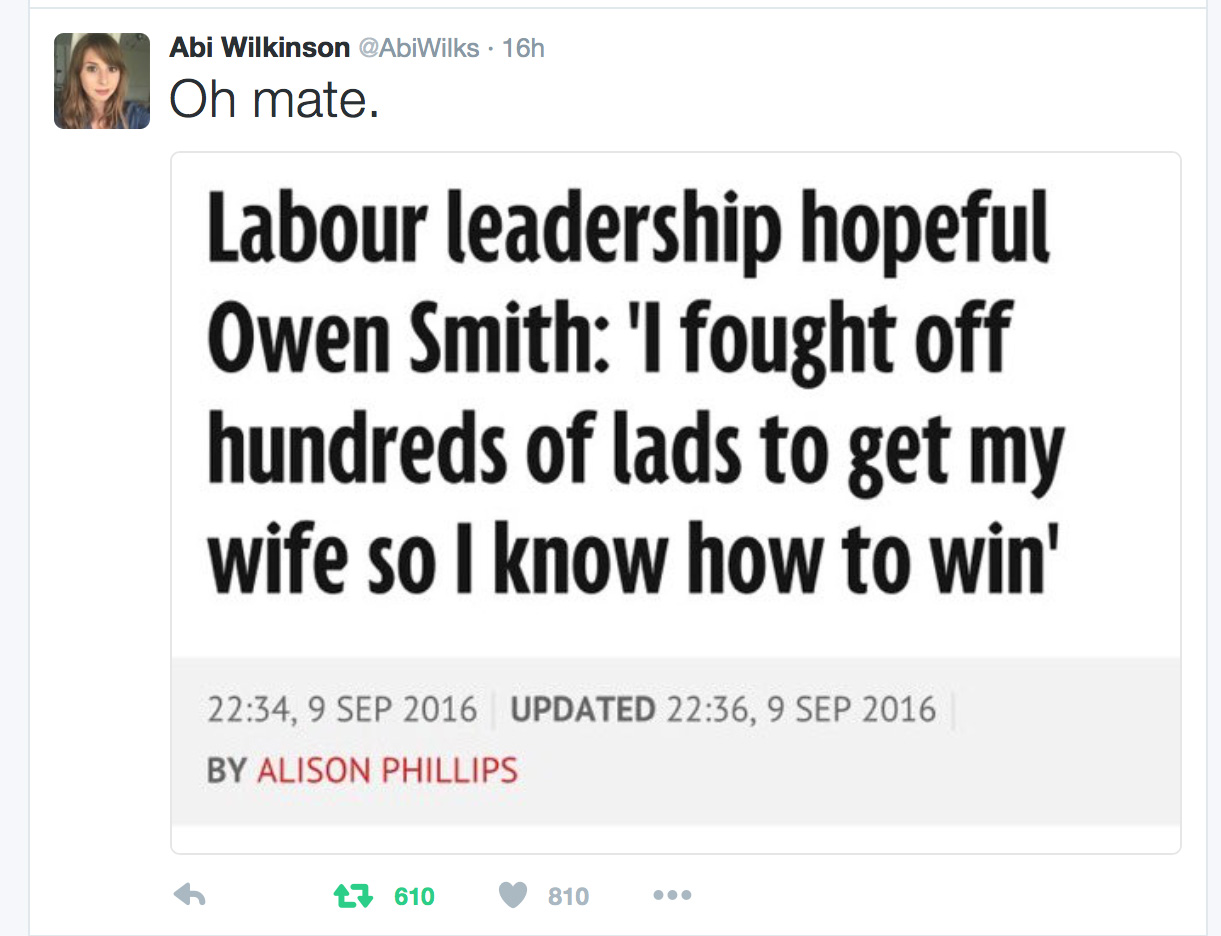 Cast your mind back to a long time ago – when Owen Smith MP tried to ‘counsel’ Jeremy Corbyn before launching his leadership bid. That bid was to prove it was all about winning. 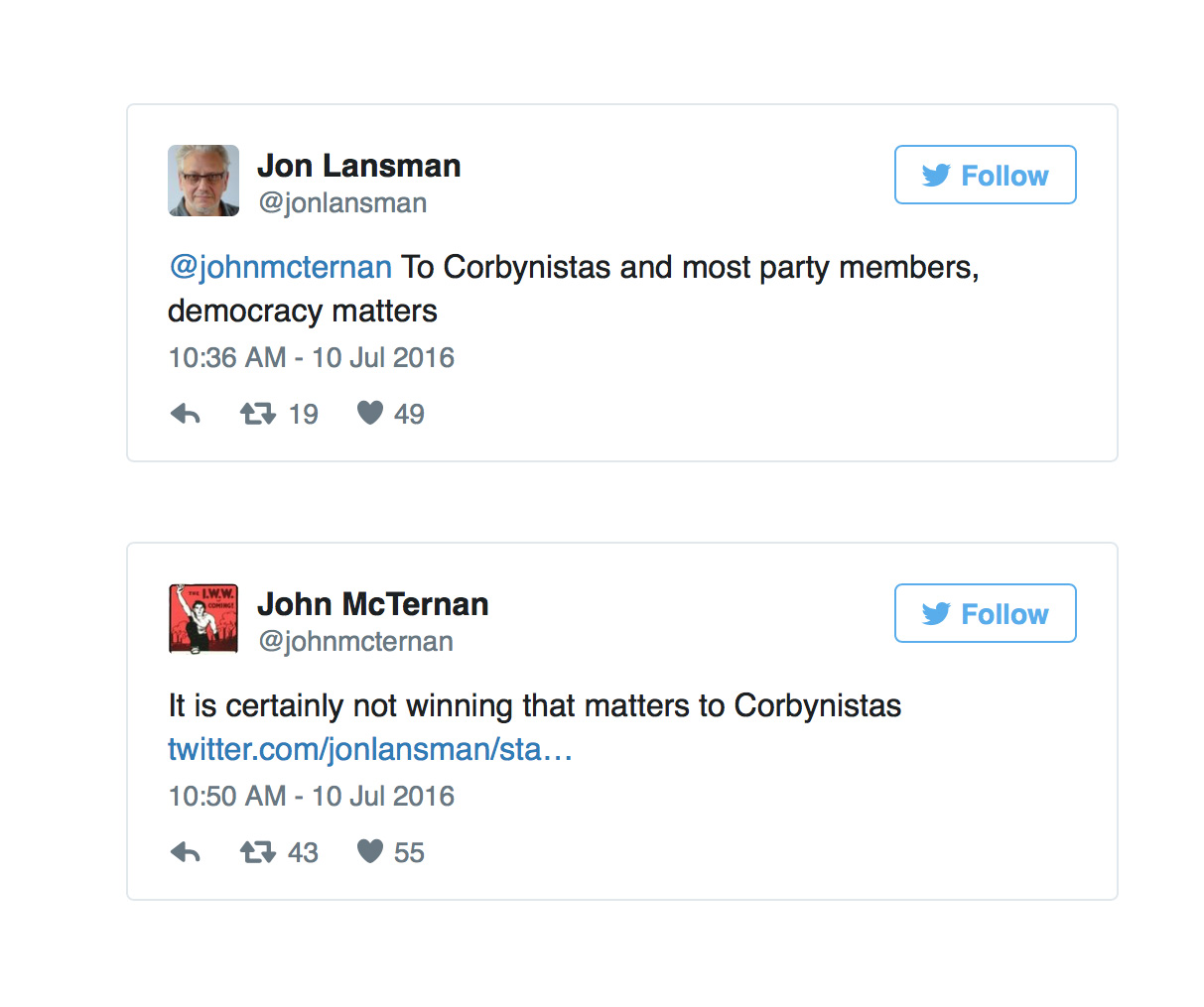 Embarrassingly, the man whom Owen Smith MP derides for “not winning” is, according to polls which have been known to be unreliable in the past, perhaps on the brink of winning by a landslide.

For me things got so testy I even wrote a non-abusive tweet complaining about Owen Jones MP!

@chunkymark often refers to ‘the man behind the curtain’. This is a reference to that classic scene in the Wizard of Oz, one of my favourite films.

Here, the man behind the curtain included our so-called friends at the Mirror.

Except the man behind the curtain was shouting above the real story, and was not that impressive after all. 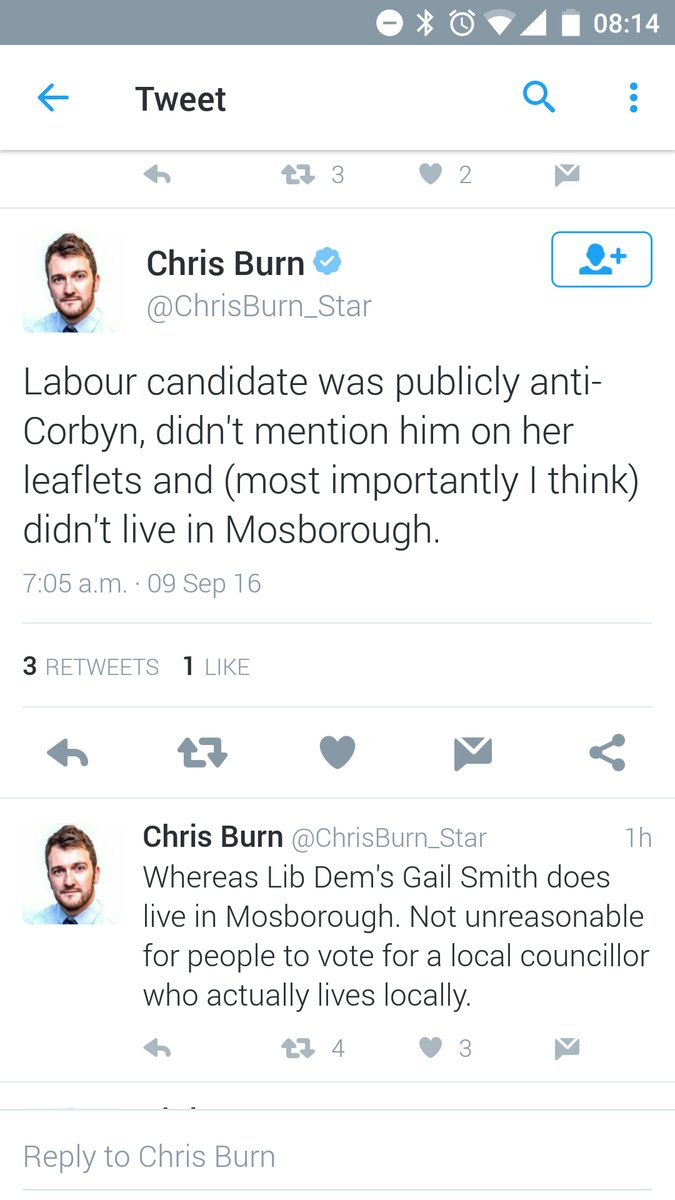 You name any policy area, and Owen Smith MP has made a mess of it. Owen Smith ended up trying to defend why he wanted to back increasing funding to the failed PREVENT policy, accused of causing further problems for UK muslims, in the Question Time debate last week.

This was reported in “The Canary”

You say definitely Owen, you’re the one that endorsed the Prevent strategy…

…consider the issue of terrorism: I’d invest in our communities. The Prevent strategy, that is grossly undermined and under-resourced in this country, ought to be at the forefront of Labour’s policy, making sure we foster better community relations in Britain.

Owen Smith MP says he dislikes slogans, when he has often repeated the same slogans ad nauseam in the live TV debates. He accused voters in TV debates several times, “you’re wrong”, even flying completely in the face of all evidence. He has persistently denied that the orchestrated mass resignation of the majority of the Labour PLP was not contributing to the general poll ratings of Labour.

Unsurprisingly the members of the Socialist Health Association had backed Owen Smith. I have experience of that organisation which is the most pale, male, stale and useless Labour-affiliated entity currently in existence, having been of ABSOLUTELY NO USE in criticising policy, such as the outsourcing clause of the Act of 2012 or the private finance initiative. – or about as much use as a chocolate teapot or fireguard, being more generous.

Owen Smith MP’s campaign has been so shambolic it now looks as if, incredibly, it will be worse than Zac Goldsmith’s. And he resoundingly lost. The problem now for the PLP after September 23rd will be try to heal the rifts in the meantime, when this fiasco they have created has diverted news media attention away from Tories fighting like ferrets in a sack over the meaning of #Brexit, the introduction of an ill-thought out and highly divisive policy on grammar schools, and catastrophic financial performance of the NHS as a whole. Members of the parliamentary Labour MP now need to get a grip, or they deserve to be deselected. Had they actually done their job properly, and if Corbyn had lost 2020 monumentally if only because of the boundary changes, they could have easily blamed Corbyn. John O’Donnell MP has signalled that he and Jeremy would not be sticking around if Labour lost in 2020, but at the moment the parliamentary Labour Party have no moral integrity to call the shots. Perhaps some in the NEC will call this comment ‘abusive’, but in a healthy democracy, free speech should be welcomed. New members to Labour, say from the Green Party, should be welcomed, many feel, to build a strategic force to end Conservative rule. OK, the Labour PLP can put up their stooges for the shadow cabinet, but it should be remembered in this no-more-something-for-nothing world, if Labour MPs are not up to the job, they should be booted out. I strongly suspect, anyway, that Owen Smith MP having been pushed under the political bus by the Labour MP will be chucked out by the voters in Pontypridd in any case.

← Why I feel very upset about the Junior Doctors’ strike The Hopson Ultimatum →
Click to listen highlighted text! Powered By GSpeech