Home » Politics » “Saving Labour” or “Crushing Corbyn” – that is the question?

“Saving Labour” or “Crushing Corbyn” – that is the question? 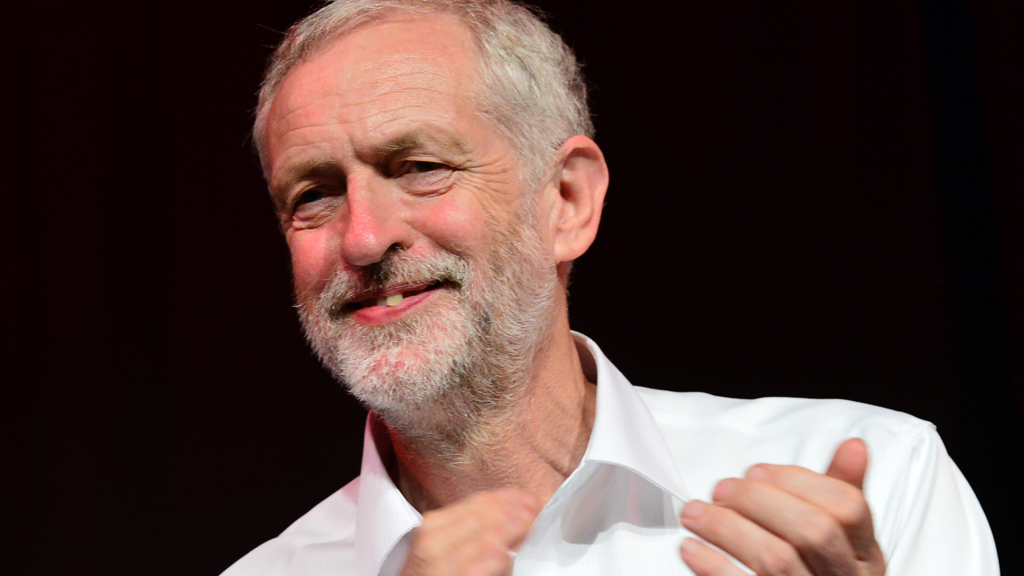 We all remember when Jeremy Corbyn read out these three words as part of his first (and hopefully not only) conference speech last year. It served to underline how, despite the ability of Corbyn to capture the aspirations of people attending the hustings meetings, he was not a polished performer on the media circuit.

I wouldn’t say I know Johanna Baxter well, but I’ve followed her work for the Labour Party for a very long time. She is extremely well liked and respected in our party, and her level of commitment to it is undeniable. If I were not aware of her background, and indeed I’ve met Johanna in Holborn at an event celebrating ‘Chinese for Labour’, I might have been prone to pass off the incident as a ‘publicity stunt’.

But what Johanna describes is pretty awful.

Apparently, as a serving member of Labour’s ruling NEC, she received a huge volume of correspondence of a quite aggressive and threatening nature – even including threats to share widely private contact details about friends.

Such criminal activity is caught under the common law. I do not know whether it is technically possible to show the Labour Party has a duty of care towards Johanna legally, but one would have thought it must do, either vicariously or through a direct employer/employee relationship. The mental wellbeing of all people working for Labour must be a priority, and breach of such duties falls under the arm of law known as negligence or breach of contract.

In sorting out the problem, it is sadly quite crucial to filter out the willy waving or shroud waving in the media, asking for Jeremy Corbyn’s head on a plate such as Salome. We saw this hysterical approach serve to intensify paradoxically a culture of intimidation and bullying when Margaret Hodge repeatedly made a link between Corbyn supporters and whoever threw that brick near Angela Eagle’s constituency office.

The correct defendant I think is the Labour Party rather than Jeremy Corbyn himself, though I can see how people would expect Corbyn to show leadership in condoning such activities – which he has.

Jeremy Corbyn is of course right to point out the rank  hypocrisy that some people seem to be rather unconcerned about death threats to him, unbelievable in the light of the murder of Jo Cox MP, in comparison. But that should not be a justification for the severity of the crime itself.

I sympathise with Hilary Benn MP’s anger in feeling things had come to a head after the EU referendum such that he felt he had to make a stand by collecting signatures of MPs who did not support Jeremy Corbyn. But I feel that presenting this info to Corbyn, if the reports are true, early in the morning, provoking Corbyn to sack him, and then with a subsequent sudden ‘no confidence’ vote which was bound to humiliate Corbyn in a highly threatening, bullying and humiliating way, only served to intensify Corbyn’s perception of being bullied by his own party.

And the background to this is relevant – there has been a steady stream of people slagging him off in the media (all the print newspapers are strongly opposed to him personally).

This was one such example in an article from Dan Hodges, a ‘journalist’.

The operations management of Labour, irrespective of the personal leadership qualities of Corbyn, is woefully inadequate.

We have seen genuine examples of where people, particularly female MPs, have been threatened and vulnerable.

I have no doubt about Jeremy Corbyn showing leadership in rallies, and hence there are not any complaints about Jeremy Corbyn running a ‘protest movement’ as such. The protest movement is very successful, given how many previous Labour voters have indeed returned now their issues are being addressed, such as a cut in disability benefits. This is not any ‘luxury of opposition’ as distributors of that Dennis Healey meme provide. This is a basic essential for people like me who are disabled to survive.

But I do wonder genuinely whether the professional political class Labour MP straight out of Oxbridge or a similar university and then onto a big law or accountancy firm ‘gets this’.

This is that there is now a huge urgency, particularly given the expenditure of resources by Theresa May’s Cabinet Office in “making #Brexit #Brexit”, to ensure all policy given #Brexit and globalisation is fit for purpose. The UK Labour Party need to have solid policy stands, not weighty intellectual tomes, to hit the ground running.

I know some Labour MPs are fond of free trade, but have they wondered how the NHS will cope in an international trade market? What’s the point of all parties in effect offering no choice to the voter in critical areas of policy, such as PFI?

Many of the policy contributions could have been done within the terms of reference of a ‘moderate’ policy howeverso exactly defined. ‘Moderate’ is a description of equal unhelpfulness as ‘left wing’ or ‘right wing’. But there are points of agreement between even Corbyn and others that do make policy formation potentially mainstream – such as a rethink of NHS efficiency savings (austerity), improvements in quality and quantity of social housing, clamping down on aggressive tax avoidance and illegal tax evasion, the widening gap between rich and poor, the “productivity puzzle”, a rethink of unconscionable PFI debt in the NHS, preservation of human rights and equality law enforcement. And so on.

The perception, rightly or wrongly, of the membership is a Party which has focused all the guns on Jeremy Corbyn and not the Conservatives. For all the shrill of Angela ‘real leadership’ Eagle and Owen ‘I’m being serious’ Owen, the chief challengers to the Corbyn Crown can’t name a policy where they’re definitely divergent. The main candidate is defence and Trident, but it is likely the Labour leadership will lead on this in a free vote.

The problems the Labour Party faces include internal and external regulation and compliance, internal performance management, and lack of policy generation, and not solely restricted to Jeremy Corbyn’s personal style of leadership. This does not mean there is not a rôle for improvement at Corbyn’s end, but the quality of the leadership is dependent on the quality of followership from the Labour PLP (as well as “good conduct” from its large membership). What we currently have is a toxic culture which has become very unpleasant for everyone, and the Labour Membership now feel very angry at the Party they want desperately to support.

I don’t think ‘crushing Corbyn’ offers a simple solution to ‘saving Labour’. The demise of the Scottish vote, and indeed of the vote of areas in England, pre-dating Corbyn, is a testament to that, even during the period when Hilary Benn claimed to be ‘winning’.

I think overall the main reason why we have all arrived at the wrong solution this way is that we framed the problem in the wrong way in the first place.

← Why the level of vitriol against Jeremy Corbyn? Owen Smith MP is swimming in the deep end with armbands. We can’t go like this. →
Click to listen highlighted text! Powered By GSpeech