Home » Politics » Owen Smith MP is swimming in the deep end with armbands. We can’t go like this.

Owen Smith MP is swimming in the deep end with armbands. We can’t go like this. 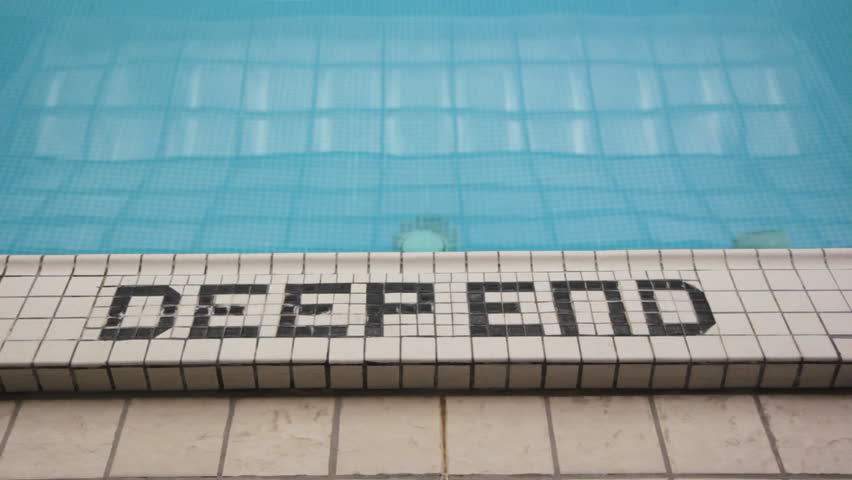 There was a time when you could’ve told the average person on the street that Owen Smith MP and Angela Eagle MP were running for the #LabourLeaderhp and you would’ve got the answer, “Who?”

That day was yesterday, in fact.

Owen Smith MP chortled recently that “Owen Smith” is not an even household name in his own household, but in fact it is true. Most people have not heard of him.

Conversely, many people have heard of Jeremy Corbyn. Yes – that bastard whose best friends are terrorists, who can’t be arsed to sing the national anthem, who poo-pooed an invitation to attend the Privy Council, and – now – who ‘lost’ the EU referendum.

There is, actually, a more sinister narrative for supporters of #SavingLabour, an odd bankrolled campaign to seeing that the Labour Party in parliament can stay being the mouthpiece of the City. And that is, that bastard who wants to get rid of unconscionable PFI finance in the NHS, wants to do something about aggressive tax avoidance which means that large multinational corporates don’t ‘pay their way’ in society, improve the quality and quantity of social housing for the public good, and so on.

In airbrushing history, we are now expected to turn a ‘blind eye’ to the performance of “moderate” Ed Miliband. Ed Miliband MP was so successful in his legacy that exclusive zero hour contracts were later implemented by David Cameron (not him), the national living wage was implemented albeit of sorts (not by him) and his department (for green affairs) got abolished. And yes – he lost the 2015 general election with a catastrophic wipeout in Scotland.

“Moderate” Neil Kinnock, whose name is mud with the mining communities, kissed hello to numerous election defeats, with the final one signposted with a weird triumphalist rally in Sheffield in 1992.

Even “moderate” Hilary Benn MP would have to concede that even when Labour was ‘winning’, disabled citizens had the (correct) perception that they were being totally shafted by neoliberal welfare reforms, and the share of the vote of Labour was progressively decreasing.

I have spent ages trying to work out the real reasons for the hate campaign against Jeremy Corbyn apart from his ‘poor leadership’. It is worth noting that Gordon Brown and Ed Miliband had terrible ratings for their leadership of the parliamentary Labour Party. It is obvious that Owen Smith MP even is in two minds about Corbyn’s diabolical leadership in that he said on John Pienaar’s Politics programme this morning that he would happily serve in a reinvigorated Corbyn line up.

Res ipsa loquitur – the facts speak for themselves.

Since Hilary Benn MP threw his toys out of his pram, commencing a series of events which led to execution of a shabby #LabourCoup against Jeremy Corbyn, the poll performance for Labour has gone from quite respectable to being about 8-10 points behind, particularly given the ‘Theresa May bounce’.

As Owen Smith MP says he wants to heal the Party – having helped to cause a gaping huge wound in the first place.

Owen Smith MP, before he became more famous than he was which is not saying much, used to describe the criticism of ‘private finance initiative’ as an “ideological nuance”. No, Mr Smith, it is not merely a ‘nuance’ – it has been a huge waste of money, missold by Gordon Brown MP to the country (but which transferred a huge amount of risk to the public taxpayer while transferring simultaneously a huge return to shareholders in the City of London.)

But Owen Smith MP is downplaying his earlier enthusiasm for PFI now, it seems.

Owen Smith MP has an annoying habit of saying ‘honestly’ like a dodgy estate agent. He talks about himself in glowing terms as a clarion call of being ‘real Labour’, but it is this sense of ideological purity within Labour which is highly misleading (and, arguably, taken to an extreme by some on the left.)

Owen Smith MP claims to be a ‘socialist’ – but as Tim Farron MP often says in relation to the national living wage, ‘Just because I call myself Pele doesn’t turn myself into the world’s best footballer’.

Owen Smith MP’s “New Deal” is of course not new. John McDonnell MP has even spoken of ambitious infrastructure projects. And furthermore the details of Owen Smith’s new deal are murky – in this billion pound investment, how much of it is in debt finance thus exploding further our national debt and compromising our deteriorating credit rating?

Owen Smith’s War Act is not true, that is a scrutiny body to ensure that the UK’s entry to war always followed international regulation. For it was a certain hapless, disastrous Jeremy Corbyn MP who last suggested this idea, much to the disgust of supporters of Tony “Je ne regrette rien” Blair.

Owen Smith MP can’t help looking like a used car salesman, and in a typically undemocratic way from the Labour hierarchy, CLPs have been muzzled – so hopefully Owen Smith won’t be deselected by the time of the actual leadership election by Pontypridd CLP.

The weirdest thing about it all is neither Owen Smith MP and Angela Eagle MP want to ‘back down’. In the farce that is the Labour Party, it is not surprising that there are two ‘unity candidates’. There is a chance that whoever wins the parliamentary hustings will be the most unpopular with the membership of the Labour Party, such is the ying-yang of a tale of two parties within Labour.

Angela Eagle MP remarks that the preferred parliamentary candidate should be the one who is most fit to beat Jeremy Corbyn MP – this ironically is the MP most unpopular within the Labour Party. Even Janan Ganesh, experienced journalist, commentator and official biographer for George Osborne, mentioned that both Angela Eagle MP and Owen Smith MP were “hardly Blair and Brown” – a slight understatement. And he further added that they were in the “second tier” – if that perhaps, some might say a lot lower.

So Owen Smith MP says the current situation is that the Labour Party is not even on the pitch. I would say it’s worse than that for the parliamentary party.

Hilary Benn MP set in motion a set of events where Labour Party ‘footballers’ were too embarrassed to play with goalkeeper Corbyn and one by one left the pitch.

So now Labour is now not even playing a full side any more.

There’s no-one in midfield or attack – but to be frank they have been largely ineffective since Corbyn’s election anyway. Some star midfield players refused to play on Corbyn’s team even before their first match.

And Corbyn keeps on being taken off the field during the game by the manager, who is threatening Corbyn that he might not live to see the day he will ever play another game.

All local newspaper reporters have been primed to say Corbyn is shit, even despite the odd ‘goal’ such as local elections, successes such as changes in working tax credits, PIP, or Mayor election ‘wins’.

Some of the footballers are during the football match off the pitch briefing against Corbyn to the local media – and then whinge if Corbyn happens to let a goal in if they are off the pitch.

The whole situation has become totally laughable – but thankfully the Labour Party has not become an international laughing stock yet, an accolade which has been robustly won by Boris Johnson MP, “Foreign Secretary”.

Owen Smith MP’s ‘big pitch’ about promising a second referendum on Europe could go up in flames. The criticism has been thus far rubbishing Jeremy Corbyn’s “democratic mandate” and pushing the line that it is parliamentary democracy that matters – not car park protest politics. So Owen Smith MP’s argument of giving the public a second chance to review the democratic decision they have legitimately made is potentially highly insulting. Furthermore, we know that 52% of the country overall voted for #Brexit, and the current Government are going to invest resources into this. So making Labour THE party of staying in Europe could be a massive ‘up yours’ from the Labour Party in parliament.

Why? The big alternative narrative to Jeremy ‘losing’ the EU referendum is that Labour voters in Labour heartlands, fed up with years of alienation and disenfranchisement, “won” the EU referendum by voting for #Brexit. Owen Smith MP’s stance on the EU referendum could therefore be the final nail in the coffin of Labour.

Owen Smith MP is behaving as if he is trying to keep afloat in the deep end with armbands. Meanwhile, Angela Eagle MP looks as if she wants to get out of the pool any moment, but is trying to choose wisely her moment.

← “Saving Labour” or “Crushing Corbyn” – that is the question? A poverty of aspiration is killing the parliamentary Labour Party →
Click to listen highlighted text! Powered By GSpeech