By shibleyrahman in Politics on August 4, 2016. 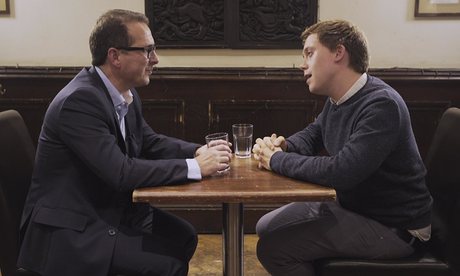 I didn’t get round to looking at Owen Jones’ list of questions which every “single Corbyn supporter should answer”. That is because I don’t like on principle like arranging my activities around other people’s narratives. Secondly, medium informed me that it would take me close to half an hour to even read it.

I do feel like reading Paul Mason’s post capitalist reply at some stage. As it happens, I am not a regular viewer of Owen Jones’ material, though I’ve found his stuff quite interesting and entertaining; catch his interview with Clive Lewis MP or the singer called Palomo if you can?

When the Socialist Health Association ‘came out’ in support of Owen Smith MP, I was trolled endlessly. Parking aside that the first poll this year had been done in a hurry and had been beset with shilling for the Smith camp, I spent two years recently actually on the Central Council of the national Socialist Health Association. A stereotypical ‘male, pale and stale’ force of true magnificence, I was utterly underwhelmed by the sheer incompetence and manner of its members. I have no idea why I stuck with it for so long, given they utterly failed to oppose the pivotal clause of the Health and Social Care Act (section 75 which turbo-boosted outsourcing and privatisation). They had previously been utterly pathetic in their opposition to PFI. So people I’d never heard of took exception to my remark that they’re a professional body of Blairite shills. All blocked.

I still quite like Owen Smith MP. I have not had an alcoholic drink since my cardiac arrest in 2007, but Owen is a guy I would enjoy having a non-alcoholic  beverage with though probably not in a Pontypridd pub. I ‘got’ his justification of why working for Pfizer might indeed be useful for his political makeup. After I became physically disabled in 2007, I spent a few years working for and successfully graduating in my Master degrees in international corporate law and business administration, which gave me terrific insights into the bullying ethos of multinational corporates as well as the pivotal nature of employment rights. OK, so Owen once called PFI an ‘ideological nuance’, but it is clear that he has subsequently discovered that this represented extremely poor value for money for the taxpayer. He referred to the halyçon era in New Labour right at the very start when New Labour sought to rebuild crumbling buildings and to clear backlogs in waiting lists, and credit where credit is due the New Deal and Alan Milburn MP (before Milburn overreacted himself) were initial successes of a previous Labour government. But the policy went wrong as well know – with the introduction of the purchaser-provider split, costs of the internal market’s introduction, PFI, Mid Staffs and subsequent disasters.

I do take massive exception to Owen’s interpretation for where we now are in NHS policy, as revealed in his interview with the other Owen. I don’t think this is founded in malice, however, but in sheer ignorance. One of his criticisms was allowing the ‘fallacy’ to emerge that Labour had effectively started this policy, and the Conservatives merely continued it. This is by no means a fallacy. The legislation of the late 2000s and government policy meant that Labour put in place the infrastructure for the transfer of assets from the State to the private sector. There was no ‘big bang’ as in an initial public offering. But the atomisation of the NHS into Foundation Trusts, ripe for subsequent privatisation, was a crucial part of the overall game plan which had begun with full gusto following the publication of the Adam Smith document, “The Health of the Nations”.  Key statutory instruments giving effect to these policy planks were the National Health Service Act 2006 and the Public Contracts Regulations 2006. At the time, it is an open secret that Lord Warner had put out an advert for international corporates to help with management of the NHS, whilst Tony Blair was seeking the EU presidency. Harmonising the NHS with a competitive internal market of the EU was therefore no accident.

Where Owen happens to be bang on the money, pardon the pun, notwithstanding, is his criticism of the criticism that the NHS is ‘unsustainable’ whereas the deficits merely show that the NHS is grossly underfunded. As Owen alludes to, these are classic instruments of privatisation, as described by Noam Chomsky, where you strip public services of adequate resources meaning that the private sector ‘has to save the day’. But Owen fails on the own standards he sets regarding the failure of the 2015 Miliband general election campaign: that Labour set out a series of problems, but ultimately no sunny uplands, or no vision. Owen doesn’t want to talk about the need for funding the NHS out of general taxation, having identified the problem, in much the same way he skirts around the funding of his “new deal” apart of general ‘borrowing’. One suspects Owen is frightened of putting off floating Conservative voters, even though he has previously produced the cognitively dissonant argument that he would bring back the 50p rate of tax.

This absence of Owen, albeit not referred to by the other Owen, is remarkable. But the critical mistake of Owen is his airbrushing of social care from the entire scene, compounded further in his lack of mention of social care when referring to the needs of the elderly. It is a flagship Corbyn policy to tackle years of underinvestment in social care; social care funding in England and Wales has been on its knees since not being ringfenced in 2010. The extreme pressures on the social care system has been a major reason, but not the entire reason, why many patients acutely admitted to hospitals are not able to leave hospital in a timely way. There are other reasons of course, such as the gross underfunding of intermediate care. The vision that Owen needs to offer is an integrated health and social care system, a whole system which is able to cater for patients and users being seen in the right place, right way and right time.

At first, it might seem baffling why Owen has been put forward as the ‘competent version of Corbyn’ candidate. I still feel that his election as Labour leader would be disastrous for Labour in the long term, as it would set the foundations for an even worse Conservative government in future. But watching the Owen versus Owen YouTube video in full last night, it is clear to me at last that the parliamentary Labour Party has shafted Eagle to stump up Smith to try to get some morsels of Tory-Labour marginals. This is why many in the grassroots membership of Labour, particularly those attending Corbyn ‘rallies’ in Liverpool or Leeds, will find his talk about employment rights, social housing or privatisation a paler imitation of the Corbyn McDonnell show. But this would explain why for example Bradshaw, Reed, Streeting and Malhotra are frothing at the mouth, launching snide, nasty, vitriolic attacks on a man who was merely elected only nine months ago. People like me who are not Corbyn supporters, but longstanding Labour members (I’m 42 now), like Jeremy Corbyn’s policies as we feel there is where Labour ought to be, on opposing cuts in disability welfare, in strengthening employment rights, in fighting NHS opposition, in resurrecting social care, in getting rid of PFI, in tackling aggressive tax avoidance, and so on. Of course, this won’t please Tory-Labour marginals in a way which will favour those sitting Labour MPs. But if such Labour MPs are simply unable to support official party policy as set by the leadership and membership, it might be better for some more suitable candidates to ‘have a go’. I think the more burning issue is in fact Scotland, and I don’t think Labour has a hope in hell of reversing the 2015 annihilation (for them). But I think if some core Labour voters return, including some #Brexiters, perhaps even in the North of England, Labour-SNP could find itself in coalition without some of the offensive obnoxious current Labour MPs. Caroline Lucas MP has already indicated that she supports some form of NHS reinstatement. And why would this better than Miliband-Sturgeon?

This is because  Corbyn unlike Miliband is able to articulate socialist values – unlike Ed Miliband, Jeremy Corbyn is a strong leader.

← The Labour PLP have realised politics is not simply about marketing – and that’s why it’s ugly Why has Owen Smith MP lost all momentum in his leadership campaign? →
Click to listen highlighted text! Powered By GSpeech