Home » Politics » Nobody is above the law; not even the NEC

Nobody is above the law; not even the NEC 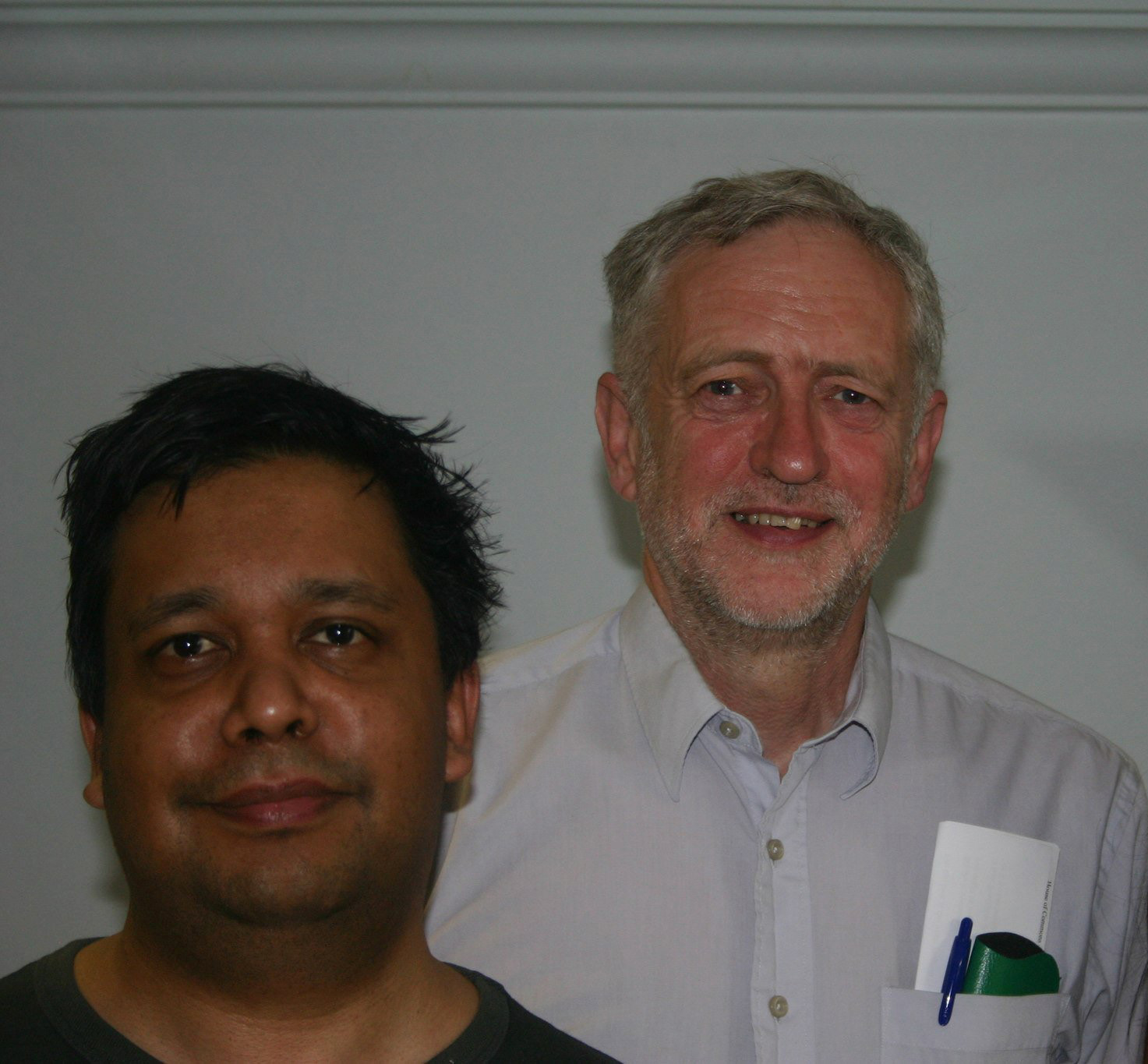 This is not a Photoshop. It’s a photo taken of me and Jeremy Corbyn MP many years ago, at the Islington Law Centre. At the time, I was studying for a Master of Law from the University of Law.

The English law, and certainly the Solicitors Regulation Authority, prevents me from discussing ongoing cases in a way which might be considered contempt of court.

But a few tweets on Twitter, all from people who did not follow me but followed Owen Smith MP, clearly had a disregard for the rule of law. These trolls seemed to believe the law must begin and end at the NEC at all times. This is clearly wrong in that nothing, not even the NEC, is above the English law.

There are some general points concerning the law, not involving this particular dispute, which are worth saying.

There is some attention whether the higher courts such as the High Court or the Court of Appeal can have jurisdiction in ‘internal’ matters due to existence of an ‘ouster clause’ in a contract.

As provided by “Mr Google”

We took it from the High Court case, and others, that joining the Labour Party forms a contract in that you become a member of an association. This was taken as before with reference to previous cases such as Choudry and Ors v Treisman.

Now if you assume that it is a contract there’s a question as to whether everything has to be specified explicitly within the contract. This is where the ‘four corners rule’ (or “parol evidence rule”) of contract law would come in – i.e. you don’t need to go anywhere other than the contract to find all the rules. But we know that there are clearly contracts where all the rules are not specified. Take for example, employment contracts, where it is implied that there is a reciprocal relationship between employer and employee of a duty of trust and confidence (or “fidelity”). Because of this duty, if say your employer does something really unconscionable, you can argue that there’s been a fundamental breach of this duty, and you can take a claim within three months for constructive dismissal.

A similar issue has arisen now with this contract of joining the Labour Party and the question of ‘freeze dates’, and indeed there is a classic case of interest here.

If you take the belief that the NEC must have the flexibility to impose a freeze date of its choosing, it could arbitrarily decide that it would bar all new entrants post 2000 from voting in the current election, only for it to be ratified at conference. This would be clearly ludicrous. One could argue that a quarter of the membership joining after June 24th could have been legitimately barred as they might be ‘entryists’ in response to an imminent leadership election (which nobody knew about at on June 24th); or you could equally argue that such new entrants were enthused about joining the Labour Party in solidarity with a leader who was beginning to crystallise a response to the result of the EU referendum. As English law, in keeping with our current European obligations, believes firmly in the presumption of innocence, it can’t be taken as red that this new membership definitely is ‘entryist’ and wants to throw the election. That is why Tom Watson MP’s letter to Jeremy Corbyn MP, citing Richard Angell’s book review of ‘Militant’ by Michael Crick, is so timely and significant.

Anisimic was a classic case from the House of Lords which gave the courts jurisdiction to examine contracts if there had been an err in the law. Now we know that there is a view that there has been a fundamental breach of contract in taking the money of new members of Labour without giving them voting rights. In this regard, it would have possibly been easier to argue that voting rights, whatever the other ‘dividing lines’ for membership, were pretty inalienable. But the flexibility afforded to the NEC dangerously might set the precedent that the NEC is in effect above the English law, and free to breach its own contract with members.

So in summary the Labour Parliamentary Labour Party have acted in a totally disgusting way. Labour MPs are sitting on their hands, silent in #pmqs, totally unsupportive of the Leader of the Opposition, not even bothering to turn up to key debates, such as John McDonnell’s economics debate. They think that they can bully Corbyn into resigning, whereas Corbyn is under no obligation to resign. They humiliate Corbyn in TV studios, alleging that he is a psychopath who is quite unable of rustling up followership at the drop of the hat, rather than producing policy. They then try to stop Corbyn from defending his own leadership in an election. And then the Labour NEC tries to stop a whole swathe of new members from voting – loses, and then uses monies, perhaps including members’ own monies, to defend the case at vast cost. Then Owen Smith MP puts in a putrid performance in Gateshead, where he says he must return to the back benches rather than joining Corbyn, if he won, in fighting the Conservatives, whenever the election is called.

Smith’s political manner was vulgar, aggressive and offensive towards Corbyn; and the content of his answers ubiquitously intellectually void of any calibre. Owen Smith MP  by no stretch of the imagination is leadership material for Labour. As somebody I trust totally called it yesterday, “Owen Smith MP’s politics are in a charisma-free zone.” 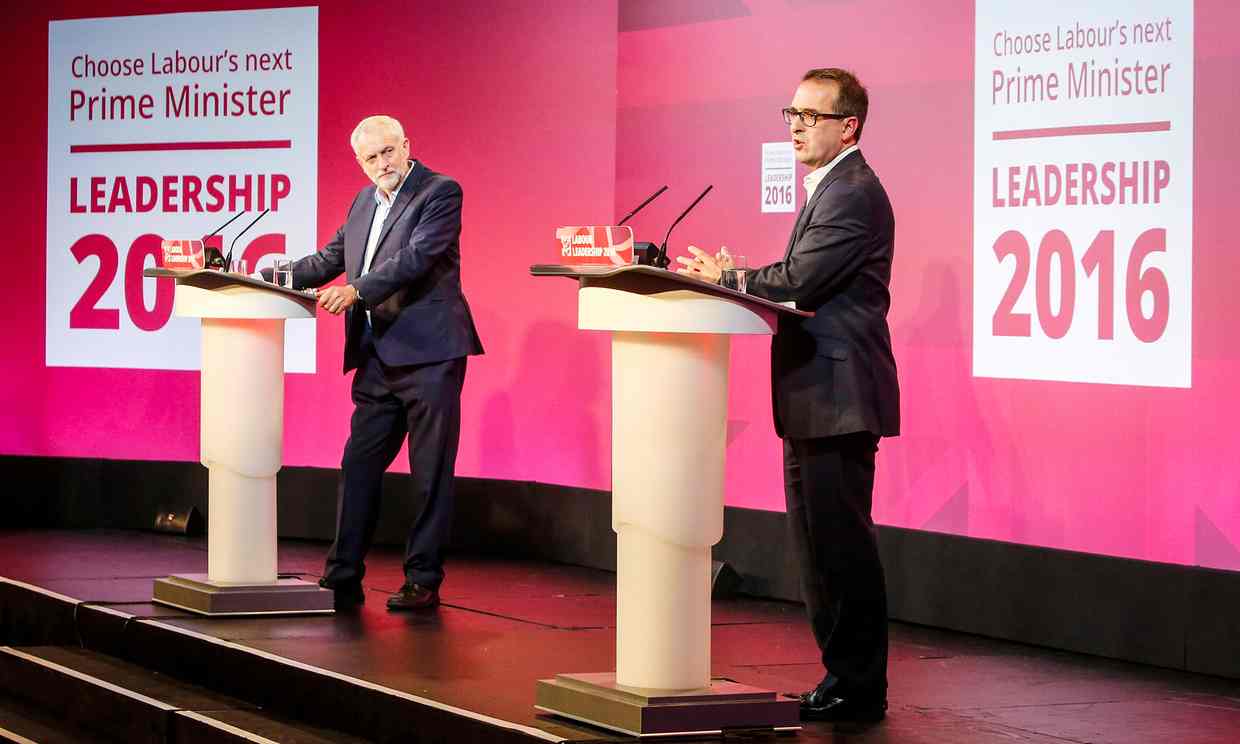 But this, as I’ve said before, is desperate stuff from a putrid Labour PLP and the true entryists, ‘influential’ people pulling the strings from afar for example as in the Big 4 accountancy firms. It is tragic that the Labour parliamentary party is so intent on wrecking itself, rather than fighting the Conservatives on key issues. A system of open primaries would however ensure that we have Labour candidates who are fit for purpose, and we know that the vast majority of the constituency Labour Party divisions have voted for Jeremy Corbyn not Owen Smith MP.

← Tom Watson MP says he doesn’t believe in conspiracy theories, and nor do I The Court of Appeal judgment was profoundly illiberal, and the issues need scrutiny notwithstanding →
Click to listen highlighted text! Powered By GSpeech