Peter Drucker, the icon of business management, is widely credited with one of the most important phrases of the field: “If you can’t measure it, you can’t improve it.”

And prima facie that would seem the purpose of Matt Hancock wanting to ‘ramp up’ the number of tests to 100,000 per day minimum. 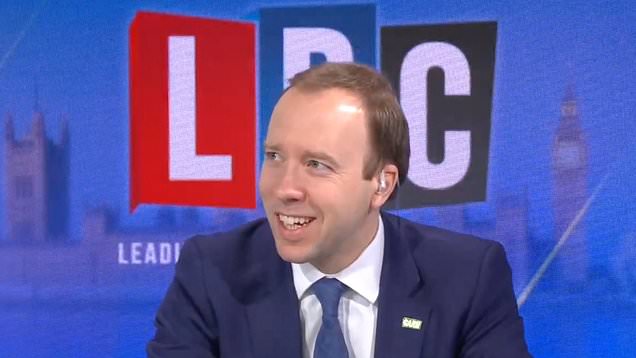 The NHS has long had a problem with metrics, and this has been encapsulated in Goodhart’s law. Charles Goodhart first advanced the idea in a 1975 article, which has been phrased by Marilyn Strathern as “When a measure becomes a target, it ceases to be a good measure.”

It has been argued for some time that this approach is actually very dangerous, as it is related to an approach that says that what can be measured matters and that what is not measurable does not exist. (1)

In 2017, Dr Peter Bennie, who was at the Scottish council of the British Medical Association, said: ”Multiple targets, an ageing population and the funding gap are creating a vicious circle, stretching the system and the workforce beyond their means. The current culture of using crude measures, often taken in isolation, to judge the complexities of the whole healthcare system, and to apportion blame, must end.” (2)

And target chasing can result in strange behaviours. It must be that Hancock was desperate to fulfil this metric, if a recent interview is anything to go by. Maybe he was trying to avoid blame – and the sack.

The presenter, Nick Ferrari, said: ‘Are you prepared to have a £100 wager, and I will never be happier to write a cheque for £100, when you deliver that 100,000 tests on May the first and the money goes to NHS charities. Are you up for the bet, Mr Hancock?’

The  current Secretary for State for health and social care has now further been embroiled in accusations of artificially inflating the number of coronavirus tests, in framing the rapid increase in numbers that allowed him to get up to a self-imposed 100,000-a-day target as a “national achievement”. Following meticulous investigation from the HSJ, it later emerged that a third of the 122,347 tests included in the final 24-hour period before the deadline were counted before they had been carried out. They had merely been sent out in the post. (4)

Following a target ignoring other issues is a problem which is a great threat to patient safety in medicine. “Fixation errors” occur when the practitioner concentrates solely upon a single aspect of a case to the detriment of other more relevant aspects. These have especially become recognised in anaesthetic practice, where they can contribute significantly to morbidity and mortality (5).

Take for example one repercussion of focusing on that target of the number of tests. It distracts, for example, from a sensible discussion of where other clusters or outbreaks of infection might take place. There is now the realistic possibility that mental health units will be the next locus of an outbreak in the NHS akin to the crisis in care homes. We don’t know how many infectious doctors or patients there are on mental health wards, which we know have had a problem with supply of personal protective equipment too. Only recently, for example, of the longest-serving staff members, a ward clerk at the Highgate Mental Health Centre, died of coronavirus, as staff nationally have continue to speak out about their safety fears over lack of personal protective equipment (6).

We’ve been here before back in 2008, when the then Labour Government was inundated with complaints of a “culture of fear”, where  patient safety came second to presenting a set of statistics suitable for dispatch-box delivery.

In oral evidence, Sir David Nicholson in 2013 said famously, “When I was first appointed to the job, when I came into this particular job, I coined a phrase, which at one level sounds trite but it is really quite an important phrase-“Hitting the target and missing the point.” This is the dangerous place that some organisations got into.” (7)

A later King’s Fund’s review into leadership and engagement for improvement into the NHS, recognised a “command and control style” of management had contributed to poor care, leading for a new ‘push’ for a style of leadership that engages staff and patients (8)

Other industries have had problems with ‘command and control’ cultures. There has clearly been much resistance dragging the NHS away from the nostalgia of the Lancelot Spratt consultant figure-head towards one where a more junior member of the team is actually listened to (9)

The NHS has been desperately trying to move away from ‘command and control’ culture in recent years, not least because international research has mandated that collective leadership is taken seriously, where staff at all levels act to improve care – within and across organisations (10)

If anything, the recent coronavirus crisis has emphasised, furthermore, potential deep seated problems in the culture of the NHS. Particularly worrying has been there has been talk of institutional racism arising from social inequalities.

It has now become imperative for the government to look at the full range of structural inequality impacting BME people in the NHS (11). This means that more attention has to be given into making sure that the NHS culture is truly diverse, rather than relying on a few BAME leaders to make a public show that senior BAME figures can find themselves in leadership positions.

Dr Chaand Nagpaul, Chair of BMA Council, recently stated, “We need to ensure that ethnic minority doctors, alongside all medical staff, can confidently speak up if they feel they have inadequate personal protection. They must not risk their lives due to feeling inhibited from doing so.” (12)

The coronavirus crisis has thankfully, at least,  allowed us all to take a step back and think how we would do things differently. Thinking about whether much has changed in NHS culture would be a good start.

← Delirium in an era of Covid has brought rights-based approaches into sharp focus Ships in the night →
Click to listen highlighted text! Powered By GSpeech