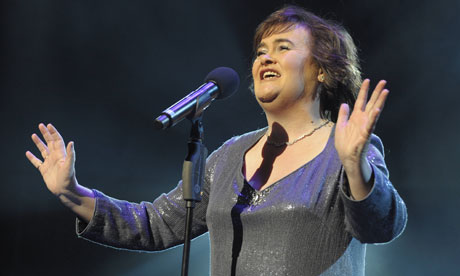 Instead of a complicated voting procedure, some have called for the Labour leadership to be decided by a popular one-off vote like ‘X factor’.

The candidates might be ‘dreaming the dream’, but are any of them the political equivalent of Susan Boyle? That is, a humble person from a modest background, with remarkable talents, with a unique offering. Someone who can click with the audience?

It is likely that Labour is throwing itself full speed into something it doesn’t actually need. That is, to choose a leader before it has chosen (or written) any of its policies. It would probably have been sensible to choose a ‘caretaker leader’ before asking people to choose the new leader.

Already, the search for a leader seems to have made certain assumptions. The leader has to have appeal to ‘voters’ rather than ‘people’. This market segmentation was last tried in Miliband’s hugely unsuccessful “35% strategy”. Again, one assumes the emphasis will be on ‘hardworking people’, and the rest.

In yesterday’s Question Panel, very succesfully chaired by Kevin Peel, who is undoubtedly a future successful Labour MP, a question came up which asked for which car Labour would be if it were a car. I suggested on Twitter, a “lemon car” – this is a car which is defective, with the back soldered onto the front, but with a lick of paint hoping that nobody notices. This was my analogy to Labour embracing the market into socialism, to make a new hybrid economy which is equally defective. A tweep remarked simply: “a bad one”.

The Question Time panel then were faced with the question how to stop the social media preaching only to the converted. None of the guests actually answered the question, but it was a good one. I felt this with the numerous “tweet storms”. Don’t get me wrong. They were hugely successful, and got various memes trending. But there were always a sense that there were there to make the activists feel happy, rather than reaching out to new voters.

But some people in Labour do have very strange ideas. Tristram Hunt MP, who may or may not be known to you as the Shadow Education Secretary, wanted to reach out to the granola buying voters in Waitrose (he didn’t actually say ‘granola’ but he did say ‘shoppers in Waitress’). This might have been Tristram Hunt saying the first thing that came into his head, as he offered a much more sensible answer on Question Time on another occasion.

The broad consensus is that Labour now has to be a “broad church” or a “big tent”; except one gets the  impression that Len McCluskey is doing the proverbial in the tent. Labour’s problems are not simply a ‘Southern Discomfort’ as identified by the Fabian Society after the 2010 general election. The results indeed represent an ‘All Round Discomfort’, with voters to ‘the left of it’ in Scotland (going to SNP), and voters to ‘the right of it’ (going to the Tories everywhere but particularly in the South West), “stuck in the middle of you”. But there’s also the UKIP contingent in the North East who are not ‘taking a second look’ at Labour.

Labour wants now to have a ‘radical change’ akin to the Philip Gould ‘Unfinished revolution’ which gave birth to New Labour. Labour is unable to implement any of its policies, left or right, if it is not in power. Tony Blair was the last Labour leader actually to win a General Election; but he was also the one, for many, to take men into an illegal war allegedly.

But many still feel uneasy but what happened in the very recent past. Jon Cruddas seemed to spend ages commanding the development of a new prospectus, along with Ed Miliband’s various thought leaders. The prospectus was generally thought to be ‘good’ but, as Jessica Asato commented yesterday, “did not have winner stamped on it”.

With Ed Miliband’s Labour rejected by the electorate, various members have booked themselves into the radio and TV studios of England. They include Alan Milburn, Charles Clarke, Peter Mandelson, David Blunkett, and Alan Johnson. Yes, a group of “has beens”, or “also rans”, from New Labour, who were themselves ‘the future once’.

But in picking over Miliband’s political grave, they have provided the incorrect analysis. They have produced nostalgia over the word ‘aspiration’, presumably thinking of the white van driver Labour seems difficulty in tweeting to. But they all seem to miss the point – is it particularly aspirational to have introduced tuition fees, was it aspiration to or introduce the policy of NHS foundation trusts which meant that hospitals were seeking gongs ahead of an ability to deliver patient safety?

Labour I feel was rightly criticised for offering a good critique, but not offering the ‘sunny uplands’. The Conservatives, on the other hand, offered a ‘sunny uplands’ which was devoid of any truth. George Osborne missed the majority of his own self-set ‘targets’ in his last term of office. He has urged voters to ‘stick with the successful long term political plan’, and yet in a bravura of cognitive dissonance is about to present yet another ‘emergency budget’.

The lack of vision means that Labour gets fixated on the problems, albeit problems which do matter to many voters. To take as an example, Andy Burnham MP is keen not to let go of the ‘NHS is being privatised’ campaigning theme still for leadership, even though this received a hostile reception from the Tory press. There’s talk too about failing A&E targets for the 30th week in a row, et cetera. But the fundamental issue still remains – what does Labour wish to do about it? The Conservative Party really now are in a fix, having pledged not to put up taxes, but it really is in trouble in that it has no public mandate to increase taxes to fund public services. The Labour Party, on the other hand, could say that it wants to integrate finally health and social care.

Integration of health and social care is in the Conservative Party manifesto and probably is not going to happen. The repeal of the Human Rights Act, popular with Daily Mail readers, is on the other hand about to happen. And guess what? A leading political editor for the Daily Mail has just been appointed to run George Osborne’s communication strategy. Amazing.

Not even the Conservative Party were expecting to win the election outright, though they probably thought they were in a chance when it became obvious that the English electorate were indeed terrified of a Ed Miliband run government only supported by Nicola Sturgeon. It’s pretty likely the Conservatives were hoping that some of their pledges would be lost in political negotiation in a ‘likely hung parliament’. The English probably felt as comfortable about being run by the Scots, as, as we are led to believe, they were as comfortable as being run by the welsh Neil Kinnock.

But the man upon whom Ed Miliband waged war, Rupert Murdoch, was clearly a winner. Murdoch has helped to further the meme that ‘a political party only wins when it leads from the centre’, which has left many in shock knowing that ‘the centre’ has drifted progressively ‘to the right’. The meme may itself as successful as Ed Miliband’s “Britain only succeeds when its hardworking people succeeds”, which might be on a good day described as ‘aspirational’.

But how can hardworking people succeed? They might not be in abusive zero hour contracts. Or their cost of living might be good? This should sound familiar as it is. But furthermore there is nothing more aspirational for people in employment than securing employment rights. It is difficult to be aspirational when faced with overwhelming insecurities. In other words, whether or not you believe in ‘left wing’ or ‘right wing’ is a bit immaterial, but it’s perfectly possible to adopt a left wing narrative on aspiration, if you so desire. Aspiration is not simply about amassing material wealth; it is very much to do with furthering one’s own wellbeing.

Labour may be ‘dreaming the dream’, but there’s no Susan Boyle on the horizon, so to speak. I am not even sure that the current leadership candidates can ‘talk a good talk’, let alone ‘walk a good walk’. But history is certainly repeating itself, with the Tory supporters talking of ‘turmoil’ and ‘crisis’.

But it is indeed a crisis entirely of its own making. There is a curious strong sense of denial which continues to engulf Labour, which means that it cannot engage with opposing points of view. This explains why, despite its target of a million conversations, it seems more stuck in transmit mode and centralist, than wishing to learn.

Take for example the assumption that Scotland voted SNP because the Scots want another referendum soon and they are simply nationalist. I dare say that if the UK were to reject the renegotiated settlement of the EU that would trigger another referendum, but that surely is not the point.

Scottish voters did not in the majority vote SNP because they’re nationalist; but because they’re not in the ‘centre right’ ground – they’re quite socialist. And if you think about the SNP have in fact on the whole drifted to the ‘left’ – and a landslide to show for it.

← An election result which was shocking, but not surprising, throws up valuable questions for all of us And I don’t think anyone gives too-hoots about how Jeremy Corbyn MP eats a bacon butty →
Click to listen highlighted text! Powered By GSpeech