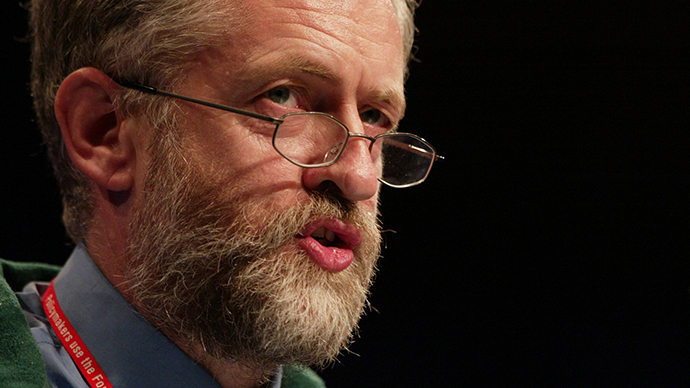 I remember watching the BBC Newsnight Labour leadership hustings when they first happened, quite some time ago. I recall Jeremy Corbyn MP being introduced derisively as the old candidate who’d only just managed to make it onto the ballot sheet. And yet as I listened to Jeremy’s responses it became clear to me that his answers were addressing that significant electorate; those people who felt totally disenfranchised by Labour in the last ten years.

The odd thing about ‘choice’, so exuberantly espoused by both the Conservatives and Labour Party, in recent years is that you come in for rather heavy abuse, some of it of a rather personal nature, if your choice disagrees with someone else. I really can’t rationalise how Tony Blair came to think it was acceptable to state that if your heart is with Jeremy Corbyn you need a heart transplant. But as the campaign has progressed, things have been increasingly desperate. Every man and his dog from New Labour, including Alastair Campbell and David Blunkett, have been wheeled out to deride Corbyn. I am particularly puzzled how David Blunkett came to think he could produce the deal maker for the Blair era, when he has been happy being paid as an advisor on corporate social responsibility for the Murdoch operations.

That the main Union leaders wish to support Corbyn does not surprise me.  That Keynesian heavyweight Lord Skidelsky has produced a coherent argument to explain why ‘Corbynomics‘ is not as extreme as some present does not surprise me either. That serious heavyweights in economics wish to lend their support to Corbynomics is not a shock, in addition. This was to be expected with the huge social movement which accompanied the work of Prof Kate Pickett and Prof Richard Wilkinson, for example “The Spirit Level”.

What I was seriously caught out by is how wise leading commentators, particularly at the Guardian, were so keen to sneer at Corbyn. I can understand the thing about not wanting to jump on the bandwagon, but their position was totally untenable. There was little attempt to engage with the actual policies, or to query why so many members of the general public had engaged in what was patently more than a mass hysteria ‘Corbynmania’. This does disappoint me, as some of the commentariat included bright people, sympathetic to the aims of New Labour and the Blair governments, who really could not meet half way with Corbyn.

If it happens that Jeremy Corbyn wins, and let’s face it the polls have been wrong before, I am hoping that members of Labour will pull ranks to help Corbyn. I as it happens have voted in this election, as I was entitled to as a Labour member. Not being offensive, but it might have helped that I haven’t left tweets and Facebook posts banging on about how wonderful the Greens are.

Rupert Murdoch commented in a tweet that Murdoch seems to be the only one who seems to be very clear about what he stands for. Corbyn has had plenty of time to rehearse the arguments in the front of the bathroom mirror, but I dare say he has thought exactly why he felt unable to support tuition fees, Iraq, or the private finance initiative, even having been elected on the same ‘disastrous’ Michael Foot manifesto which first saw him elected together with Tony Blair.

The arguments are very well worn. If there is money for war, why is there no money for social care? The criticism should not be why Corbyn is able to go over the same territory as the 1980s politically, but why these arguments have particular traction now. It is simply the case that the opposition from Labour has been unacceptably weak on the destruction of social care, which is a calamity in itself, but also disastrous from the perspective of how the National Health Service functions.

Repeated apologies for misdemeanours and misfeasance from the past have their place, but only if correct and authentic. The candidates for the Labour leadership have clearly been unable to settle with united voice on the actual reason Labour should be criticised; despite ambitious spending on public services (such as Sure Start or the infrastructure of hospitals), it was unable to regulate the City of London stringently enough. It happens that the Conservatives agreed with this light-touch regulation, and levels of public spending too, but that is not really the point as they were neither in office nor in government at the time.

Labour has never ‘apologised’ for the Iraq War, despite the sequelae, presumably on the basis that it feels it has nothing to apologise for. But there were screw ups in decisions from Labour.  Many in the general public find it inconceivable that the Labour leadership, apart from Jeremy Corbyn, aren’t making more of a noise about the destruction of the Independent Living Fund; and abstaining on the welfare reform bill is testament to how some feel there is no alternative to austerity.

Currently a large proportion of NHS Foundation Trusts are in deficit. Many feel that some Trusts, in chasing targets and wanting to become Foundation Trusts,  became extremely dangerous from a patient safety perspective, and this legacy from New Labour must not go unchallenged either. Whether or not Jeremy Corbyn can actually win in 2020 is in a way irrelevant to the huge strides forward in re-establishing socialist principles back on the political map. It could indeed be the case that Sir Keir Starmer QC MP is parachuted in just before the 2020 general election, but the ‘political left’ should not by this stage feel disappointed about their progress here. This progress might not have been what Progress wanted, but giving disenfranchised people a voice is a meritorious goal too.

And he might even win with the clarity of his arguments, even if you disagree with them. So get over it.

← Labour leadership pains: It’s not where you’ve come from, it’s where you’re going to Labour’s a broad church, but does it need a sacrificial lamb? →
Click to listen highlighted text! Powered By GSpeech