Home » Politics » Is it late for a Starm offensive?

Is it late for a Starm offensive? 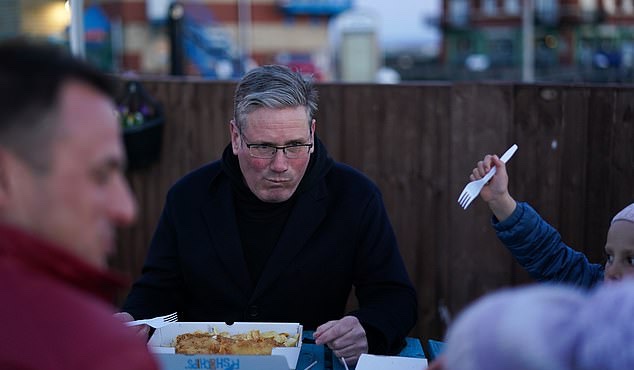 “If Sir Keir Starmer QC wishes to resign, I will support him.”

Groan. I started the pandemic, it feels like many years ago, being a loyal Labour supporter. I had voted Labour all of my life. But this policy of ‘constructive opposition’ was the pits. All of the mistakes Johnson had made were whitewashed, but in fairness the vaccine rollout from the NHS was a massive success.

Starmer and I have an interesting history together. I once saw him sitting in the audience of an election hustings for Ed Miliband in a primary school which Ed Miliband attended in Haverstock Hill. I remember thinking that Starmer would be the future one day. I remember reading about him in the Times. I suppose in those days there was a strong movement for Labour members to be in the metropolitan graduate class – the wokey class, rather than the working class.

It’s a ridiculous stereotype of course that the working class wear cloth caps, drink beer and eat fish and chips. And yet that is precisely the stereotype Starmer bought into with his photo ops when visiting ‘the North’. The argument from Labour goes that the Conservatives have parked ‘tanks’ on Labour’s lawn. But this framing for me exposes part of the problem. It is not Labour’s lawn. Daniel Finklestein is half right – and has told a half truth. The Tories are good at ‘reinventing themselves’. But unpacking this a little bit, the Tories have been very good at convincing voters, somehow, that they are the “party of change” – and will come to the rescue after years of austerity. This is the austerity that they caused.

It could be that Andy Burnham is also right. His landslide victory is a demonstration that localism can work. Not only can woke. I think there is a connection there with voters who want investment in people and services, and that this energy is both powerful and positive. It might be that extrapolation that Labour is finished as a national party. But Johnson can do localism too – look at the Mayor of Teeside, or the good showing in London. The travesty is that there are many in the Labour Party who want to exit now because they are sick of being victimised, in everything from micro aggressions to finding themselves as defendants in a lawsuit from members of a WhasApp group. My frustration is that this extreme version of navel-gazing meant that decent conversations about a national broadband offering, a national social care service, or a national education service got jettisoned. And from that point in Labour deserved all it got, as far as I was concerned.

If Labour has taken for granted, it could be that the Conservatives have taken the voters for fools. But, if so, I feel it is equally the case that the Labour leadership has taken some of its membership for fools. It screwed up on Brexit. That is public knowledge. If you wish to engage in single issue politics, it is crucial not to misjudge that single issue. And again history repeated itself. Starmer took a single issue. Sleaze, encompassing wallpaper in John Lewis, and Johnson’s morality. Except, this doesn’t work. Why? Most people dislike hypocrites. And we know that Tony Blair, pre-existing widespread use of the mobile phone, himself was embroiled in cash for peerages and Formula 1, and so on.

So Alastair Campbell is partly right too. Johnson is a perpetual liar, and somehow gets away with it. People know this. Millions of people have factored Peter Stefanovic’s video into their understanding of the situation. Supporters of Labour when it was led by Jeremy Corbyn were not all anti-Semitic. The problem was many innocent people, by supporting Corbyn, suddenly became anti-Semitic as a matter of guilt by association.

Starmer of course did another issue on top of the single issues of Brexit and sleaze at different times. He has consistently made hating Jeremy Corbyn his flagship policy since he became Leader, quite ironically given that Starmer was a major architect of Labour’s failure in December 2019. Even Adonis knows that Starmer has no political capital in the bank and wants to sell sell. Some Blairites know their reputation is soiled by having Starmer as the pin-up boy of their legacy. For all of Blair’s faults, his Government had major successes in human rights, minimum wage and freedom of information. And Blair’s fiascos in government that even he is very much haunted by them, one assumes. But Blair had a policy on the NHS. It was a legacy of Thatcher’s, and it could be that many voters think they might as well give the Tories a ‘go’ as Labour has at least contributed as much to this mess as the Tories. And to dismiss community investment as ‘pork barrel politics’ is not the point. Years of underinvestment has been coupled with false promises from Labour about levelling up.

So I might be yet another ‘woke social media warrior’. But I am deeply concerned about the direction of Labour. It could be that there is as much problem with the messenger as the message, but then again I don’t know anyone who forms their views after reading ‘Labour List’. Corbyn may not get away in blaming all his misfortune on media misrepresentation. Nicola Sturgeon and Boris Johnson had both been the targets of intense smear campaigns – and they survived.

Either way, Starmer needs to go. The needs of the Labour Psrty are more substantial than the needs of a single mega-Establishment mouthpiece. Starmer has no vision apart from exterminating Jeremy Corbyn. Starmer’s problems are focal to Starmer, however. Steve Rotheram did well. Mark Drakeford did well. I completely reject the notion that there’s no obvious challenger to Starmer’s leadership. I think Clive Lewis would be a great future Labour leader.

I think Starmer is offensive to my values as a former Labour voter. It’s too late definitely for a Starm offensive in any case.

← Could and should we all shut up about Brexit now? Different newsreader, different script →
Click to listen highlighted text! Powered By GSpeech