Home » Politics » From my vantage point as a junior doctor, I can tell you the NHS is not in a good place

From my vantage point as a junior doctor, I can tell you the NHS is not in a good place 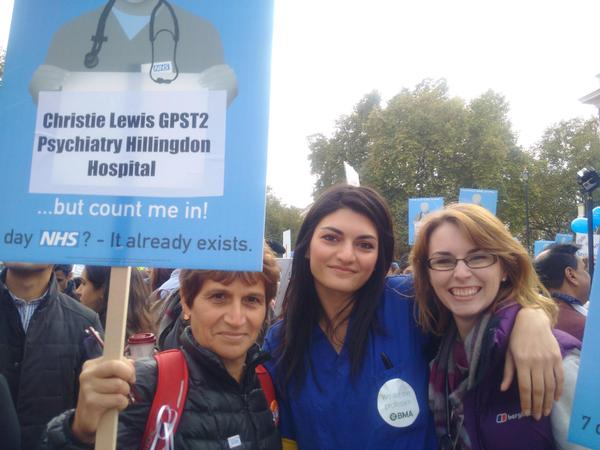 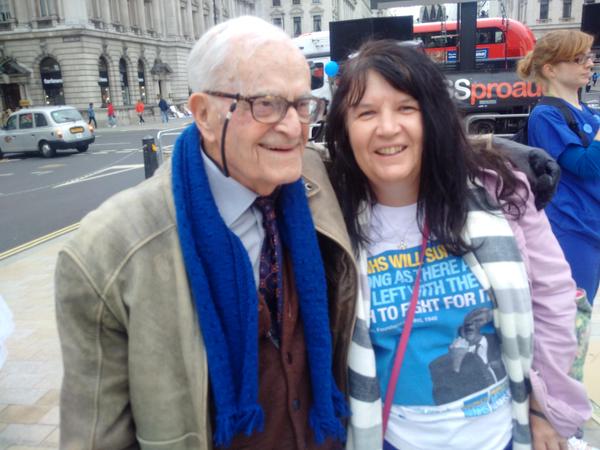 When Jos Bell, experienced campaigner for the NHS, says she wept at the end of yesterday’s march, you know two things. First of all, it was an amazing event. Secondly, there is something very wrong with the NHS.

In my brief time on the wards, I witnessed how the Hammersmith A&E department ‘functioned’. And how Addenbrookes managed its acute take. And also the daily chaos in Northwick Park. It was pretty unpleasant training, covering the acute medical unit and all the medical wards at night simultaneously, with the cardiac arrest bleep. I note with some mirth the eventual fate of those hospitals. I am glad I am not the only one who had his doubts.

A decade ago, I am still technically a junior doctor, as is anyone technically below Consultant level in hospital medicine. What I do know from my vantage point on the GMC Medical Register is how to produce and share research and learning about living better with dementia and to enjoy it. I get considerable pride in what I do, which is ultimately to improve the quality of life of people with dementia and carers. This was acknowledged in my BMA Best Book of the Year Award 2015, though I think the NHS is saturated with competitions and award ceremonies.

The NHS is really not in a good place – and nor is social care. I don’t think I’ve ever known a peaceful time in the politics of the NHS, but the current Secretary of State, Jeremy Hunt MP, is uniquely bad. I share his anger with how bad things got at Mid Staffs, but it is also the case that the place has been a reputational nightmare to recruit at ever since.

The safety at weekends does not require a highly paid NHS manager to work out. You have a skeleton staff trying to do their best in what is already a seven day service. With so many Trusts in deficit, I look forward to the day when the staff to bed ratio is the same at the weekends as it is during the week, and Hunt has to concede that he cannot achieve this with the same number of staff just doing ‘different things’. It is utterly unacceptable that he has whipped the general public into a frenzy such that members of the public are now frightened to seek medical help at the weekend: if a doctor on the GMC register did that, he’d be heavily disciplined. For politicians, a seat at the House of Lords beckons instead.

But it is not Hunt’s operational ineptitude which gives me most distress. It’s just that he seems to have complete and utter contempt for the staff in the NHS. He reckons that professional people who’ve done at least five or six years unpaid before qualified are being ‘misled’ by the BMA, implying that they are too stupid to make up their own mind about the new terms of their contract.

This lack of investment in people, while simultaneously siphoning off money in payment of PFI loan repayments, is evident too in the lack of pay rise for many nurses. The wider picture is certainly concerning. George Osborne MP is clearly involved in the fire sale of State assets, and this has included NHS tangible property, so it will be natural for him to think what else he can transfer to the private sector to make his books balance.

Being fixated on the deficit, which he has not fixed by 2015 as promised, means that he has not be able to address the mess in social care funding. Social care is on its knees, and it is not acceptable that there are people languishing in hospital who literally can’t escape even once discharged.

The NHS is not going to be ‘saved’ by gimmicks with hashtags into quality mightier than the sword on Twitter. It, like social care, is going to be saved with proper funding and investment for the future – not with a view to selling it off at some later date.

So, in full solidarity, this mess has been a long time coming, and I fully support the junior doctors (of which I am one, technically). It will not be understood by well paid journalists in their ivory towers necessarily, and certain high profile people need to concede some lack of progress in ‘curing’ the NHS.