Free socialism. Give Corbyn a chance.

By shibleyrahman in Politics on September 26, 2015. 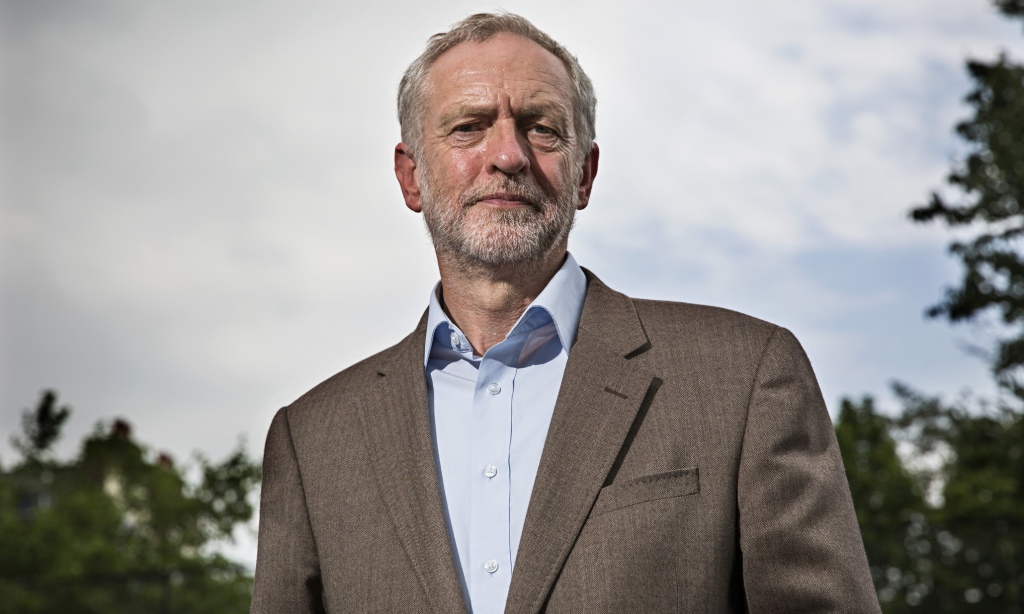 It’s a bit random which years I pick to go to the Labour Party Conference. Like the Boat Race, it’s probably more effective watching the event on T.V. rather than being there in person; the down side you miss out on ‘the atmosphere’.

The parliamentary party  need time to get to know the Labour leadership which the public have selected. The thing is: this was not a minor victory by Corbyn, but a pretty decisive win across all parts of the party. Lord Mandelson is of course being pathetic when he calculates that the combined number of voters for three out of the four candidates is higher than that for Jeremy Corbyn. Mandelson might prefer the maths to the actual sentiment. But Yanis Varoufakis, the former Greek Finance Minister, expressed quite well the sentiment: that increasingly people are grasping at dodgy metrics to prove their point, when in fact the quality is qualitatively poorer. He was in fact talking about schools and hospitals, but the reliance on measures is indeed pervasive in the rather rigid unemotional Taylorian school of management and applies well to the total quality management of ‘New Labour’.

It is quite difficult for the Blairites not to take it as a personal defeat – after all David Blunkett, Charles Clarke, Tony Blair, and Alastair Campbell,  and many more, threw everything but the kitchen sink at the matter. But everytime they intervened, the Corbyn vote went up. A basic assessment of the situation, possibly wrong, is that voters could not adequately differentiate between the parties, viewed Labour as Tory Lite, and decided against Labour due to their ineptitude at running the economy and being so reliant on the SNP. To dismiss quantitative easing as ‘the money tree’ is a very Progress thing to do; not all change is progress, and not all progress is good. George Osborne’ been at QE for some time, except his money has simply got stuck in the banking system. It would be wrong to play the man not the ball, though. There is a plethora of reasons why a country’s economy is not like a household budget, and it is due to strict following of the rule book which has led the Labour Party to argue the unarguable for their grassroots voters. That is, is it aspiration to have libraries shut down, hospitals shut down, or law centres shut down?

I believe that it is this analysis of Corbyn’s agenda as fantasy which is not the point. Traditional economics, as implemented by George Osborne, the possible next leader of the Conservative Party, has been a fantastic disaster – with the deficit not being cleared to time, and with the national debt going through the roof. As Tony Blair was the first to admit at the Progress rally in the leadership race, there was no succession planning. Liz Kendall then reiterated this message on the last day. And Lord Mandelson has just reinforced this message. The Blair Government, with all its successes, can be blamed for not having developed a plan for ten years for the future. They adopted the Conservatives’ spending plans when elected in 1986, and because of that Labour ‘legitimately’ adopted the private finance initiative. None of the Labour leadership candidates wished to talk bout the private finance initiative except for Jeremy Corbyn. The issue is that a number of NHS Trusts have budgets out of control, with PFI debts, barely managing to maintain a safe staffing budget. This market failure is a major disaster whatever grand plans Labour had for public service reform.

It’s as if the Labour computer has lost connection with a socialist server. For me, it is noteworthy that Labour could not bring itself to mention 2 S words; one is socialism, but the other is State. When I was listening to Tim Farron, near ‘far left leader’ of the Liberal Democrats (as the BBC might call him), or ‘outstanding leader’ (as the Guardian might call him), the penny suddenly dropped. I had a clear lightbulb moment. I worked out why I am not a Liberal Democrat. I get the impression, and I undoubtedly will be told the opposite by Liberal Democrats, that Liberal Democrats like to see themselves as the more acceptable version of the Conservatives or Labour. I have always been struck by Nick Clegg’s tribal hatred of Labour (thereby alienating all Labour voters). I am bemused by Tim Farron wanting to hate Labour with one hand, and wanting to offer a hand of friendship on the other hand. But I am really struck by how Liberal Democrats can’t see the State as anything other than abusive or coercive.

First things first, Labour have made plenty of mistakes as regards abuse of power of the State, for example 42 days without trial. Clement Freud, Liberal MP, was one of the chief architects of the human rights legislation, but Labour enacted  it in 1999. But on the other hand, the last Government started a clear attack via ATOS on disabled citizens. Whereas the State was meant to protect and enable people who are disabled, the State became its enemy.  Jeremy Corbyn MP in my view can’t be frightened about talking about a State that is there to enable and protect people; and this can include a strong economy, and strong NHS. Social care has gone to the dogs in the last five years, and some investment now is urgently needed to stop the rot. Otherwise, the competition is literally between political parties who can offer the lowest council tax bill, offering bargain basement services. Conversely, the case for competition improving quality in services has not been made out at all, and has in fact taken the NHS down a dangerous blind alley.

A strong State can think about solutions to the housing crisis too. Left to the free market without any intervention, housing benefit gets pump primed into private landlords. Foreign investors can buy up new builds thus distorting artificially property prices. The free market has patently failed to deliver in a successful housing policy. Likewise, the free market has not delivered value to the consumer in a number of monopoly-like markets, like the utilities and railways. Public ownership is popular, and generally voters are pretty good at knowing when they are being ripped off. ‘Aspirational hardworking’ citizens are also good when they are being fleeced by employers. The enforcement of employment rights, through the State enabling and protecting its citizens, is good for business; the workforce is happier, healthier, and is motivated into making their companies a success. You just have to look at the lack of growth in nurses pay or the troubles over the junior doctors’ pay to see how the State is critically relevant to much of society. It’s not all about making corporation tax the most competitive in Europe.

I personally have voted Labour all my life. I am glad now it is having this discussion, whereas it seemed to defer this discussion previously. But I think it’s time for Labour to think how it can form an intelligent and popular narrative. This story should be, I feel, how the State can enable and protect its citizens. This can be taken into all policy areas. For example, is it the collective view of the parliamentary party that the best way to defend the State is through TRIDENT? It may not be  effective against a suicide bomber, but it could be mechanism we need to avoid unilateral disarmament. Likewise, the parliamentary party could overwhelmingly decide that it is in the country’s interests not to leave NATO. Or, it could be not in the interest of Labour to leave Europe but the case has to be discussed – can the UK fare equally well in the world if it concentrates all its efforts in an internationalist way elsewhere such as the US or China? David Cameron clearly wants to sign up to a Europe which emphasises a free market, but it might be that the parliamentary Labour party has concerns about the rights of workers defined in an EU way. Labour should not be frightened of debating this in public, and Jeremy Corbyn should be prepared to support the party whatever they decide (and vice versa).

I, for one, feel energised by the discussion to come; Labour will have to crack a few eggs to make an omelette, and I am sure that when Labour comes to be in government it will be in a better place than if it had simply gone with the status quo. Free socialism – give Corbyn a chance.

← Labour now must prove that the NHS is safe in their hands From my vantage point as a junior doctor, I can tell you the NHS is not in a good place →
Click to listen highlighted text! Powered By GSpeech