By shibleyrahman in Politics on February 19, 2015.

It seems Simon Stevens and supporters are rallying around a need to form a consensus on what needs to be done about the NHS. After a period of traumatic disturbance, this might seem a laudable approach. And yet putting sticks in the sand, marking your territory, is not particularly helpful if you are unelected.

I dare say whichever party or parties come into office early this year, the issues about integrated care will have to be negotiated. I am less certain about how the NHS and social care are to be funded, in the absence of a clear debate about the extent to which social value bonds and private finance initiatives will continue. Whatever your take on the details of the 5 year forward view, it is hard to deny that the emphasis is managerial, with an emphasis on systems and processes.

A tweet which Phillip Blond, Director of ResPublica, once set one morning made me think about how non-centrist parties were the new “disruptive parties”. In other words, there’s been a reversal of roles. Whichever party can drag themselves away from the centre position to form a new settlement might scoop up.

There’s an element of nostalgia about where we have come from. It’s hard to deny the ‘feel good factor’ brought about by images such as this. 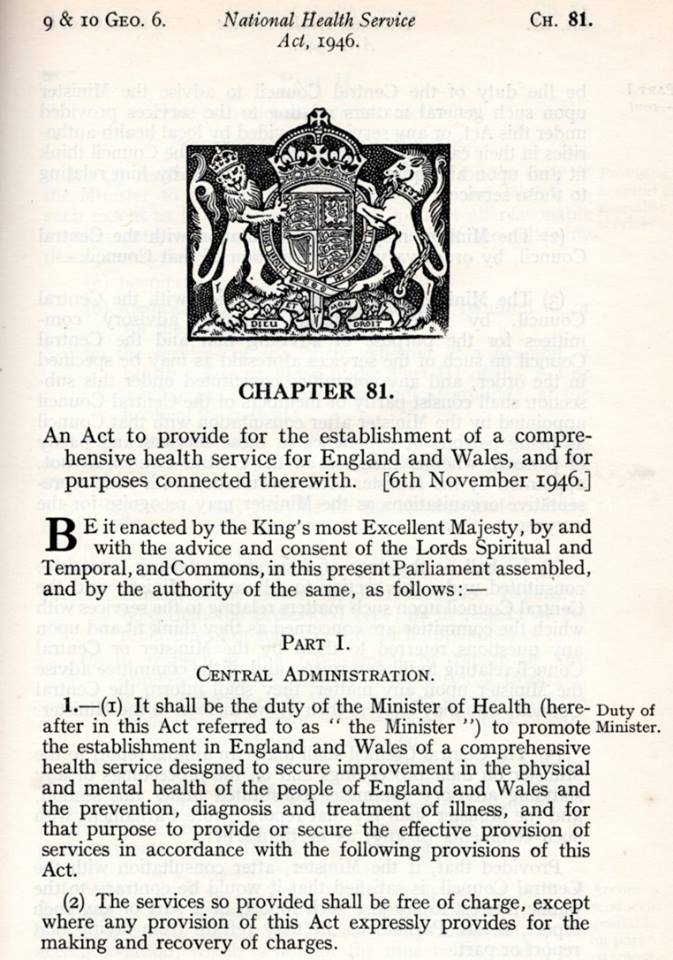 But the world we live in is a very different one.

I don’t think I’d particularly like to be graduate in the current environment, entering a world with poorer job security, having to pay off loans for university education, and so on.

And it’s a crying shame, that many of us have seen the NHS in this context.

It’s not a question of being hyperbolic about criticism. People in the communities which are referred to in the 5 year forward view are sick of their local hospitals (or A&E departments) shutting without warning in the name of reconfiguration.

I was personally aghast how little concern there is in the 5 year Forward View for the mental health of employees. I know from my own time working in busy district general hospitals and London teaching hospitals that the workload is incredibly stressful in acute medicine. None of this is helped by having low numbers of staff having to work at breakneck pace, while politicians and other hanger-ons talk about ‘compassion’. We know that the public have been recently ‘activated’ by the talk of tax evasion, and people buying influence in political parties. This discussion of greed and corruption seemed to have carved through the election morass as cleanly as a butter knife. While some people want low taxes, they simultaneously don’t want public services to be stripped of all funds. Social care has not been ring fenced since 2010, leaving a desperate situation with people not being discharged from hospital in a timely manner. But the need to fund social care is not simply about delayed discharges – social care is pivotal.

There’s absolutely no need to make the Secretary of State devoid of responsibility for the NHS, unless you literally only see the NHS as a fig leaf logo for other providers; or unless you see the role of Government to regulate at arm’s length a market. The Health and Social Care Act (2012) went badly wrong as nobody voted for it, and it did not have the support of the professionals (apart from the surgeons possibly) and the public. That Act of parliament did not have anything useful to say about quality of health and care. It was left up to Jeremy Hunt to rubbish bits of the NHS, without reference to the failing Keogh Trusts under his Government.

But I come back to how little care there is for the mental health of the workforce of the NHS. There has recently been discussion of whistleblowing in the NHS, but the solutions for this appear to have been a damp squib. And people have been rather late to the party in opining about whistleblowing in social care (including private nursing homes). And there are still staff in NHS hospitals who are being sent vexatious complaints through human resources, while the same human resources departments fail to educate their workforce on harassment, victimisation, direct discrimination, or making a public interest disclosure. And yet these are precisely the tools needed for hospital staff to fight their over zealous managers who are paid by results themselves.

The culture of the NHS will never be fixed whilst it ignores the mental health of its employees. We know of the suicides of people awaiting outcomes to their protracted investigation by the General Medical Council. We also know that sick doctors can be a danger to themselves, as well as their patients, and can feel totally unsupported.

The mental health of NHS staff should have been more prominent in the NHS Five Year Forward View apart from a few isolated mentions, and certainly there was no mention of how the NHS prefers outsourcing to the regulator to competent performance management.

The rather bitty and random way in which this topic was addressed is nothing other than vulgar.

← Where does austerity figure in the immediate future direction of the NHS? It’s not how you fall, it’s how you get up again →
Click to listen highlighted text! Powered By GSpeech