Home » Politics » Could and should we all shut up about Brexit now?

Could and should we all shut up about Brexit now?

By shibleyrahman in Politics on December 30, 2020. 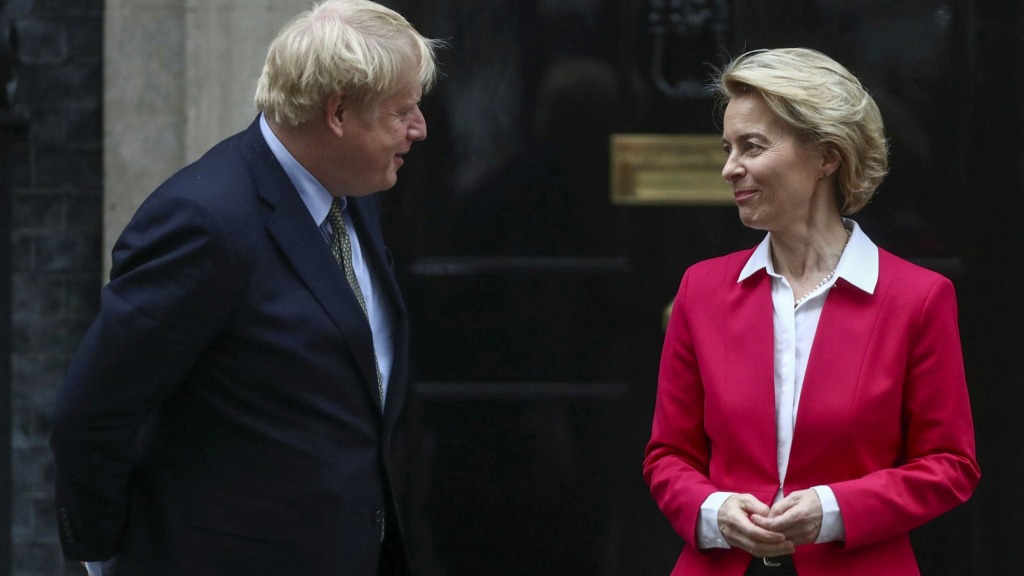 Brexit is not the direct reason why the Nightingale Hospitals can’t be staffed adequately in the current pandemic. But it is a boil which David Cameron wanted to lance once and for all.

I apologise that, before writing this, I haven’t “cancelled” the use of labels such as ‘Brexiteers’ and ‘retainers’. We are a deeply divided nation, and even more so due to the 2016 referendum. The UK could become even more divided, literally, if Scotland becomes independent, and Northern Ireland splits to unite with Southern Ireland. Even if Labour abstains on the deal today, it would still be partly responsible for the whole package. This is because when the referendum result was announced Jeremy Corbyn launched a three-line whip to trigger Article 50. Labour has had no part to play in the negotiations with the European Union, so it has played the silent bystander since 2016 about exiting the European Union. It chose to leave the single market, and it chose to set up a hard Brexit. So it shouldn’t be surprised now that that was what was negotiated. With all the best will in the world, you would expect Alastair Campbell and Lord Andrew Adonis to reject the resultant trade deal. You’d expect Ben Bradshaw MP to reject it. To all intents and purposes, the proposed trade deal might be quite fair in that both parties have made massive concessions, but it is not what anyone wanted ideally.

The terms of the EU trade deal in large part are not a surprise, given the way that the Conservative Party negotiated it. This is why it has ‘passed’ the inspection of the Star Chamber, some operation within the ERG. There is no sovereignty about fish quotas, there is an abolition of freedom of movement, and so on. What is more mysterious is why the British government are so trenchant about our departure in ERASMUS, but it has hard to tell what the vision of UK in the world is from the Tories. We do however know that Boris Johnson has held repulsive, racist and xenophobic views, which might quite play well with members of both Labour and Conservatives in ‘Red Wall’ Britain.

The vote today is irrelevant in far as rubber stamping this deal is concerned. The Tories have the numbers there, despite the position of the SNP and the Liberal Democrats. Also irrelevant to the general public is the view of the current professor of EU law at Cambridge about how the new legislation is good for a supremely powerful Executive and international public lawyers. How the Conservatives got into a position of abolishing free movement of persons and abolition of frictionless trade through the erection of non-tariff trade barriers is easy to understand for the need of the Conservative Party leadership to control a micro-culture heading back to the leadership of Enoch Powell. The rot has persisted under Hague, Cameron, and Major. And now Johnson. The hard Brexit is an ideological position which could mean EHIC is replaced by some private subscription to private health insurers, but that is entirely the choice of certain individuals who want to see private insurance flourish.

Labour is not supporting the terms of the deal as such, but says that is opposing a “no-deal”.  The trouble is, however, that everytime something goes wrong with the deal, the Conservatives can legitimately say that Labour voted for it. Labour could of course abstain. What is ridiculous is that a lawyer can agree to a document without having read it. This is like a surgeon agreeing to do an operation without reading any of the medical notes of a patient.

The European Union is sick of the excessive time they’ve spent on it, but they are not pursuing arrangements out of love or goodwill. They are agreeing to the deal to protect the single market in future. And they’ve been utterly united throughout. The main political parties have got away with taking a wrecking ball to the geo-political relationship between the UK and the European Union, and our international reputation is one of a basketcase. The deal is still subject to the UK’s co-operation with the European Court of Human Rights, which is in the sights of certain members of the Government (like the death penalty.)

The positions taken by Alastair Campbell and Lord Andrew Adonis are totally understandable, in that the actual deal is nothing like the requirements for passing the ‘tests’ Labour had set. But they are also not flavour of the month of some ardent Brexiters. And Frances O’Grady leading the TUC has opined that the proposed deal is barely better than ‘no deal’, as regards issues as fundamental as workers’ rights. So there is a strong case to oppose the proposed deal, but it is better than ‘no deal’. But voting for the deal makes the perception of the Scottish independence case amongst the Scottish nationalists. It trolls the ‘remainers’ in the Labour Party, who are not easily going to forgive and forget in the name of unity. The damaging effects of Brexit will be felt for decades, and there are no obvious advantages to the UK’s exit from the European Union.

But whatever Labour does now it will never be perceived as having got behind Brexit. It will have successfully alienated some of the ‘remainers’ in the Labour Party if it votes for the proposed deal, but it will also have garnered the support of others who feel that this is the time to move on. The time to move on is possible if Labour has a vision about what it wants from its place in the world, but it needs to spell out what it wishes to surrender in the name of improved sovereignty. The problem is that in the real world sovereignty is a bogus notion, because international market entry depends on nurturing relationships between party and understanding the law of conflicts as well as contract.

The leadership of Labour does however have to be called into question over this. The approach taken by Keir Starmer elsewhere of ‘divide and rule’ is unlikely to work over the thorny European question, and could precipitate the splitting of the Labour Party at the very worst. The Labour Party is quite unlikely to split over this, although it could split over Jeremy Corbyn. And if Labour sits on the fence then perhaps it can be seen to work better with the Liberal Democrats who remain utterly opposed ideologically to the current deal. But it is completely unclear what Labour wants to achieve in a renewed negotiation in the European Union, and whether it really wants to fight for it in the pursuit of voters more interested in ‘flag and country’. However, the argument that the European Union is not the source but rather the potential solution has never been put vociferously by Labour recently. At the moment, it looks as if it is being opportunistic in waiting for the deal to unfold, rather than being in any way pro-European.

But there is not going to be an imminent “second vote”, and at the moment there is no contemplation of the re-running of the arguments. It would be hard to tell that, if the economy implodes, whether that’s due to Brexit or the worsening coronavirus pandemic. But the increased cost of living and the increased unemployment may not be a price worth paying. One thing is for sure that, whilst David Cameron’s wish that we all shut up over Brexit may not be heeded, the Conservatives maintain their competitive advantage in completing Brexit whatever the consequences.

← Ships in the night Is it late for a Starm offensive? →
Click to listen highlighted text! Powered By GSpeech