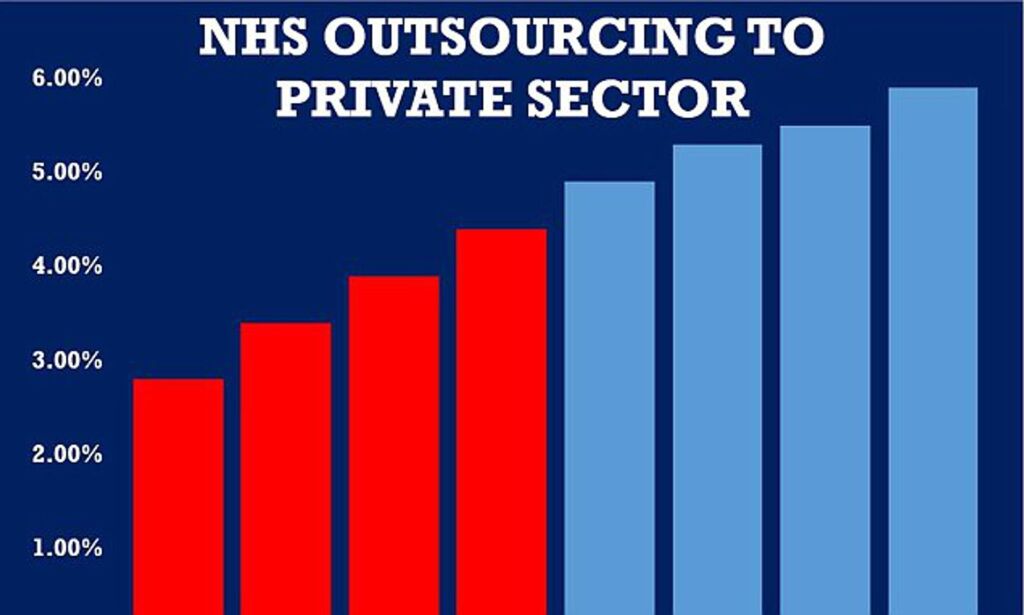 With a new Secretary of State for health and social care, it might look like ‘business as usual’. Different newsreader, but same script?

The script might be more or less the same. But with a possible massive political realignment, the Conservatives and UKIP party, GB News, free market economics and libertarianism, anti-woke culture, all in the ascendancy, the NHS might be about to get ‘cancelled’. And then we have the ‘scorched earth’, provided both by Brexit and the COVID-19 pandemic.

The argument is not at all any more 3 seconds to “save the NHS”, which has been a popular mantra for Labour for decades. But Labour has rarely had such an effective leader, or opposition. Labour is nowhere on all policies, but its opposition to Brexit, COVID-19, and even Matt Hancock’s latest conduct, has been non-existent. There has never been a better time for the Conservative Party to go for it. GB News viewers regularly buy into the “levelling up agenda”, in no way blaming the Conservatives for their policy of austerity. Labour is too busy imploding to intervene. GB News viewers regularly stick up for “home grown” nurses and medics, and make strongly anti-immigration noises, saying that the infrastructure can’t cope with the additional population. Matt Hancock did a ‘brilliant job’, oblivious to the disastrous care home policy or corrupt contracts. Hancock is determined to make a return when the time is right, and it looks as if Boris Johnson will give him his full support. Matt Hancock is one of those people who should be ‘forgiven’ as “we all make mistakes”, according to some. Except – had been a doctor he would have struck off years ago.

The easiest way of not addressing the pensions issue in the NHS, the workforce crisis, the crisis in mental health or social care, the backlog in clinical care across the board in the NHS, would be literally to rip up the NHS and start again. Sajid David has still been a paid JP Morgan advisor, and it is well known that JP Morgan have long wanted to get into private healthcare. For the people who dislike the NHS, this is their chance to get rid of it.  The anti-wokists, contrary to their usual feelings about the ‘cancel culture’, would happily get rid of the NHS, thinking of it as an inefficient relic of yoke culture, which believes too much in equity, equality and fairness. They feel their views criticising the NHS should not be cancelled. Free speech, and ‘polite debate’, is welcome, so long as you don’t disagree. There would be no imperative to provide a comprehensive NHS, nor indeed mental health care, if it is not profitable, even if the demand is there. Social care, for all the initiatives about ‘social care future’, would simply be whatever the multinational corporates propose – and persons with learning difficulties or dementia might not be high priorities. If you believe racism doesn’t exist, racial discrimination won’t happen. If you are out of the EU, then the EU working time directive doesn’t apply. See what I did there?

We live in interesting times. With Labour having killed itself, and with the help of sabotage from the ‘left wing media’, there is the real material prospect of George Galloway depriving Labour of a win in Batley and Spen. The spin will be that the Conservatives ‘won’ Batley and Spen, reflecting how the public don’t really care about infidelity and corruption, in the same way that they don’t actually care about expensive wallpaper. With more dead cats than can be accommodated in a cattery, the privatisation of the NHS has never looked so good. It won’t be a big IPO – no need to  tell Sid. Learning from the utilities, the new NHS England CEO will take care to fragment the NHS into further pieces before transferring the units to the private sector. And with the new NHS reforms, and no immediate blueprint for the social care sector, absolutely anything can happen. And it probably will.

← Is it late for a Starm offensive? Whisper it softly. Keir Starmer is especially crap at politics. →
Click to listen highlighted text! Powered By GSpeech