Home » Dr Shibley Rahman viewpoint » Would Labour be ready for a General Election today? Of course not.

Would Labour be ready for a General Election today? Of course not.

By shibleyrahman in Dr Shibley Rahman viewpoint on September 20, 2012. 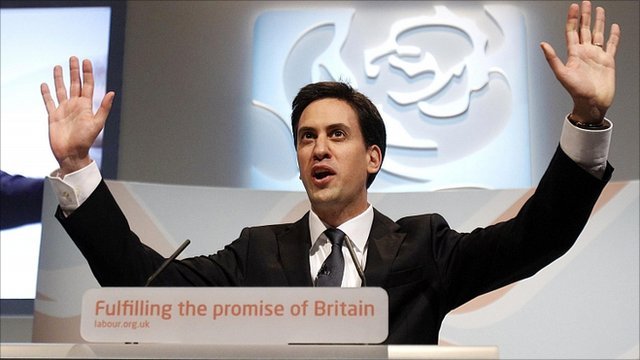 Due to the Fixed Term Parliaments Act, Labour does not have to be ready until May 8th 2015. This is a luxury that Labour can afford, despite the burgeoning deficit. Whilst senior members like Tom Harris seem to embrace discussion of how Labour should adopt the centre-left as if there is no sense of urgency, Labour will be relieved when its long-awaited policy review becomes published. The facts are that many prefer David Cameron to Ed Miliband as a person, even so far as a person you should wish to spend an evening down up the pub, despite Labour – as a political party – being ahead in the polls.

I don’t know what Labour has done with all its straw polls and focus groups, so beloved of Philip Gould and Peter Mandelson, but they should spend some time talking to my friends in Labour. They tell me out of a choice of three Tory parties it is little wonder that voters will pick the genuine article. Nick Clegg is politically dead, and so is his Party. They see a party which has deserted its core values of a hundred years back, of fairness, justice and equality.

If you were a corporate CEO, there is no way you would wish to vote Labour, even if Labour were business-philic through extremely favourable corporation tax. You will have received a very pleasant tax cut from this Government, whilst thousands of disabled citizens through the Cameron Axe have been taken off the claimant register for no reason at all. This is a party which will do anything to advance the interests of a few people, through ‘no fault dismissal’ hire-and-fire culture, and not give a monkeys about hard-working nurses in nurses in unions such as UNISON in Hinchingbrooke.

So long as Labour has lost its core vote, in being impotent in looking after the sick or the disadvantaged, it deserves to fail. The problem with the view that Labour can only win from the centre left is that it disastrously ignores the people who will literally stop voting at all if they totally hate the party they grew up with. New Labour has taken the pendulum of politics to the right, so unless Labour actually promotes socialist values Labour deserves to die. It deserves to die if it is unable to promote the socialist ethic of the National Health Service, and is happy for billions of cost savings to be made while the NHS is flogged off to the highest bidder. Labour has disgraced itself in its handling of the legal aid cuts, and was utterly impotent in the face of the tuition fee rise, although I am pretty positive that the Liberal Democrat MPs who enabled this move will mostly lose their seats in May 2015.

A further reason that people give me is that the Tory-led BBC will never report in a good light anything favourable by Labour, unless it adopts a centre-left stance. Admittedly, it only reports on the Unions when it is claimed they threaten a strike, but it is woeful if senior Labour voters are that impotent. They cannot allow the BBC or Sky to dictate policy. For those who think that the BBC has left-wing bias, maybe they would like to explain to me why there has been no reporting of the shutting down of law centres or the privatisation of the NHS?

The Unions are scared to fart out of place, and the whole situation has become tragic. I wish Ed Miliband well, but the party is more important than him for me. I am not a Member of Parliament, or a Councillor, nor indeed ever a political wannabee, so I don’t mind irritating yet more people. No doubt, I will meet some of my friends and colleagues in a fortnight at meetings of the Fabians, Labour Left, Socialist Health Association, and Chinese for Labour, but am I proud of my party? No – I wish Ed Miliband well. I like his wonkish arguments, being a wonk. For example, for me it’s perfectly clear that privatisation has failed the consumer as the imperfect competition -which has resulted from an oligopolistic market returns no value but massive profits for the shareholder – is completely predicted by application of game theory.

But as for the direction of the party in standing up for core members of my party, my party currently disappoints me. This battle will not be won on the centre ground, as the numbers leaving in droves since 2003 will testify. Unless the policy review heralds a return to values including public ownership of the NHS, there is no way on earth I’m sticking around.