Home » Dr Shibley Rahman viewpoint » If the Labour frontbench pull any further stunts like today, they deserve not even to be in a hung parliament

If the Labour frontbench pull any further stunts like today, they deserve not even to be in a hung parliament

By shibleyrahman in Dr Shibley Rahman viewpoint on March 19, 2013. 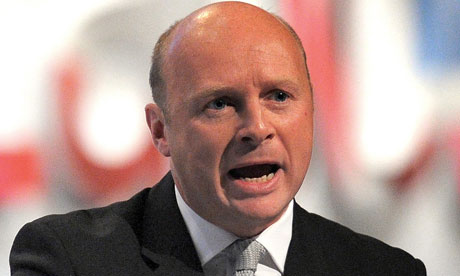 It is thought that part of the reason that Ed Miliband was so keen to pursue ‘press regulation’ was that this was the first topic where there was a sense the public were on the side of victims. Miliband has not shown the same passion for the privatisation of the NHS, for example. On the other hand, today, the anger on Twitter and Facebook was really ferocious. To give you some idea about what sort of country this is, this was not even considered newsworthy enough to be included on the BBC news website. Opposing workfare was not a question about playing politics: it was very much about the lives of real people, morality and justice. The result of the vote of the second reading of jobseekers bill (aka “workfare” bill) was 263 vote for, and only 52 vote against. Labour MPs were asked to abstain.

Some MPs did make a “principled stand”, like John McDonnell.

Members of Labour are genuinely seething. Owen Jones is correct to flag this up as a “red alert” for Labour:

This one episode in itself has blown up “One Labour”. Sunny Hundal has written a very elegant blogpost here about how the ‘concessions’ over Workfare can’t really be considered concessions in the scheme of things. To understand why this has dramatically driven a ‘coach and horses’ through ‘One Nation’, you have to consider what Ed Miliband had sold “one nation” as. It was an idea where the economy couldn’t be divided into private and public, but where everyone had a part to play, including Unions and invested bankers, provided that there were “no vested interests”. Consequently, this meant society pulling in the same direction, in other words no division between rich and poor, North and South, unemployed and employed, disabled or non-disabled, etc. Why “one society” is clearly bollocks is perfectly clear to witness as disabled citizens continue to feel victimised under this Government, and continue not to be inspired by Liam Byrne’s perceived lack of concern about their plight. Finally, it depends on a political process which we can all trust in. However, the last few days has seen shabby behind-the-scenes political manoeuvring which Labour in its old days of ‘beer and sandwiches’ could only have possibly had dreamt of; with party leaders up to 4 in the morning, with ‘interested parties’ such as Hacked Off.

Shiv Malik explains extremely well how this workfare situation evolved, in his article from today:

“Labour is expected to support the Department of Work and Pensions (DWP) in speeding a retroactive law through parliament that will overturn the outcome of a court of appeal judgment and ensure the government no longer has to pay £130m in benefit rebates to about a quarter of a million jobseekers.

The law has been hastily drafted by the government in response to last month’s ruling from three appeal court judges in favour of science graduate Cait Reilly and unemployed lorry driver Jamieson Wilson.

The court found that Reilly, who had been made to work unpaid in Poundland for weeks; Wilson, who was forced to work unpaid for six months, and up to 231,000 other benefit claimants had been unlawfully punished over the last few years because the government had failed to give them more than a few lines of regulatory information about the schemes they had to take part in.

In a move that has upset campaigners and activists, the parliamentary Labour party said it was likely to abstain from any vote expected on Tuesday and was pushing for concessions – including an independent review of the benefit sanctions regime – in return for allowing the jobseekers (back to work schemes) bill to be rushed through parliament at “lightning speed”.”

The situation is now an ugly one. The economy is about to enter a triple-dip, and Labour is still not trusted on the economy. Despite a perfect Keynesian narrative, people blame Labour for waste and profligacy, and there is no sign of this mistrust shifting. The current Coalition government have legislated for the privatisation of the NHS (all experts now agree it is a privatisation which is now experiencing difficult regulatory problems such as how to deal with ‘creamskimming’ aka ‘cherry picking’). John Healey was politically impotent in stopping the advance of the Bill through parliament. Labour implemented in its tenure a programme of PFI and now Trusts are saddled with debts from this ‘off ledger accounting’ at uncompetitive competitive rates – some hospitals will have to go into ‘managed decline’. Some Foundation Trusts, having been awarded ‘foundation status’, have had to declare themselves bankrupt, and it is generally conceded that setting up these hospitals was a convenient way of repackaging the NHS suitable for privatisation exactly like had happened in Spain.

Labour members have a right to be angry. They have been lied to, and decisions like today show evidently that Labour is not afraid to ignore its key values or its core members. It has widely been advanced that the best that Labour can hope for in 2015 is a ‘hung parliament’, but this will be disaster with a ‘more of the same’ recipe for a stagnant economy, and a continued march of the privatisation of the NHS. Presumably Miliband will have to conclude his painfully protracted policy review at some stage, but his lack of concern about poor employment rights amongst workers has been conceded as nothing short of disgusting. We now have a maximum number of people in employment with no job security at all. Also, through the backdoor, this Government made it much easier to sack people, as George Eaton elegantly explains in the New Statesman:

“”While the Commons noisily debated press regulation, MPs elsewhere in the House quietly signed away workers’ rights. On a delegated legislation committee (a backdoor means of sneaking through contentious amendments), nine Conservatives and two Liberal Democrats voted to reduce the consultation period for collective redundancies from 90 days to 45.

At present, employers planning to make 100 or more redundancies are legally required to consult with trade unions and other employee representatives for this period to help minimise the impact and seek alternatives to job losses. Unite cites the example of Jaguar Land Rover, which proposed making over 1,000 staff redundant in 2009 but later avoided any job losses after identifying £70m of savings during the consultation.

The reduction to 45 days, based on a proposal in the infamous Beecroft report, means fewer companies will now adopt this enlightened approach. As John McDonnell, one of the seven Labour MPs who voted against the measure (only 18 MPs can sit on the committee), noted: “We know that the reduction to 45 days means that the opportunity for consultation is hopeless. It will not happen and will be meaningless. There will not be the time for the employees to work with the employers to look at alternative plans for that company.””

Liam Byrne recently reminisced about his roots in McDonalds. Nearly all of us are no longer “loving it”. It is a tragedy that many voters will not be able to turn to their MPs to stand up for their real-life concerns (though hats-off to Grahame Morris, John McDonnell and Ian Lavery who all voted “no” today). It had been a fairly safe bet that Labour would be in a “hung parliament”, but now, having clutched onto defeat from the jaws of victory, Labour could even look set to experience a resounding defeat, and they will have only themselves to blame. Some remnants of New Labour ideology clearly haven’t been excised from the Labour front bench; consequently we are still all victims now.

← If the Labour frontbench pull any further stunts like today, they don't even deserve a 'hung parliament' Patient choice or a choice of a good procurement lawyer? →
Click to listen highlighted text! Powered By GSpeech