Does it really matter if George Osborne peddles another myth?

By shibleyrahman in Dr Shibley Rahman viewpoint on July 9, 2012. 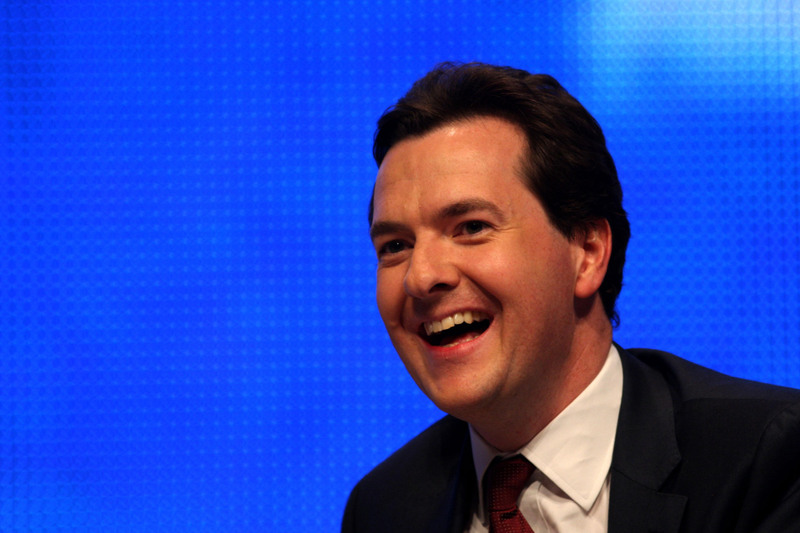 I think most adults now know that politicians don’t tell the truth, in the same way that Santa Claus doesn’t exist. A ‘Nick Clegg pledge’ should be in the Oxford English Dictionary to mean a completely unenforceable electoral promise. So does it matter if George Osborne peddles another myth? Yes it does. It does because of the ‘it’s the economy stupid’ factor. For the first time ever, more people trust Ed Balls with the economy than George Osborne. Two big reasons contribute to this; firstly, Osborne’s plan A of austerity has blatantly failed, and, secondly, Balls predicted that the plan would fail. The media have recycled stories about Gordon Brown throwing around Nokia phones, Gordon Brown selling ‘gold bullion on the cheap’, Gordon Brown ‘raiding the pension funds’, so it’s only fair that some of the vitriolic smears are returned in the Conservatives’ direction. Unfortunately, “repetition does not transform a lie into truth” (Franklin D Roosevelt).

Here is a compilation of my favourite myths peddled by George Osborne.

“To the extent that Britain is like Greece, it is that slower growth is making it harder to get borrowing down. In all other respects, the comparison does not bear scrutiny, not least because the UK is outside the eurozone and thus has the advantage of a floating exchange rate. But Osborne has been able to use the crisis in the eurozone to justify what he has been doing at home, and he was at it again yesterday, combining an avowed reluctance for the UK to be involved in a second Greek bailout with the warning that it would be a disaster should the government backtrack on its deficit-reduction plans now.”

2. “The UK economy is like one giant credit card”

Prof Paul Krugman, Nobel laureate in economics, offers an explanation in his article, ‘Nobody understands debt’ (press here to go to the article in the New York Times).

“Deficit-worriers portray a future in which we’re impoverished by the need to pay back money we’ve been borrowing. They see America as being like a family that took out too large a mortgage, and will have a hard time making the monthly payments. This is, however, a really bad analogy in at least two ways. First, families have to pay back their debt. Governments don’t — all they need to do is ensure that debt grows more slowly than their tax base. The debt from World War II was never repaid; it just became increasingly irrelevant as the U.S. economy grew, and with it the income subject to taxation. Second — and this is the point almost nobody seems to get — an over-borrowed family owes money to someone else; U.S. debt is, to a large extent, money we owe to ourselves. This was clearly true of the debt incurred to win World War II. Taxpayers were on the hook for a debt that was significantly bigger, as a percentage of G.D.P., than debt today; but that debt was also owned by taxpayers, such as all the people who bought savings bonds. So the debt didn’t make postwar America poorer. In particular, the debt didn’t prevent the postwar generation from experiencing the biggest rise in incomes and living standards in our nation’s history.”

3. “Osborne used the statement to launch an unprecedented attack on Balls in the Spectator magazine, saying the Treasury minister in question may well have been Balls. “My opposite number was the City minister for part of this period and Gordon Brown’s right hand man for all of it,” he said. “So he has questions to answer as well. That’s Ed Balls, by the way.””

“Paul Tucker Says Ed Balls “Absolutely Did Not” Try To Lean On Bank Of England Over Libor” – The Huffington Post, 9 July 2012 (please here to go to the full article.)

“Bank of England deputy governor Paul Tucker has given former Labour ministers Ed Balls and Shriti Vadera a huge boost by telling MPs that he had no conversations with them about Libor-fixing during the height of the banking crisis in October 2008. Paul Tucker’s evidence – including a startling claim that he had no conversations with former business minister Baroness Vadera during that period – came as he answered a series of questions from MPs, insisting that he “absolutely” refuted claims he attempted to influence Barclays into manipulating the Libor rate. Speaking before the Treasury Select Committee, Mr Tucker also said that a record of a contentious phonecall he had with former Barclays boss Bob Diamond about lending rates gave the “wrong impression”.”

Does it matter? Yes, according to Fraser Nelson of the Spectator prior to George Osborne according to a recent article (press here to take you to that article), before being disgraced publicly for his smears.

“It remains to be seen how much of this will come out in the parliamentary inquiry. Tyrie may have one of the most forensic minds in Parliament, but he is not a praetorian – and I suspect he was deeply nervous about Osborne’s attack on Balls, fearing this may prejudge the outcome of his committee. But the Chancellor is, as always, thinking ahead to the next election campaign, where his slogan will be: Britain is recovering, don’t let Labour take us back to the bad old days. This explains why he is making his j’accuse with such force, and why Balls is defending himself with such venom. This is not about Barclays. For both Balls and Osborne, this is the first skirmish of the next election campaign.”

Just a word of advice from Quintilian: “A liar should have a good memory.”

← Taking Responsibility. What is the right level of credit or blame for a CEO? Was George Osborne's statement legally defamatory? →
Click to listen highlighted text! Powered By GSpeech