My book, to be published in June 2015, is intended as a ground-breaking analysis of the challenges for living w ell with dementia, highlighting innovation and good practice for improving dementia care practice and policy in the future. What do national dementia strategies, constantly evolving policy and ongoing funding difficulties mean for people actually living well with dementia?

Adopting a broad and inclusive approach, I present a thorough critical analysis of existing dementia policy with emphasis on the English jurisdiction (but mindful of the global perspective), and I tackle head on current and controversial topics at the forefront of public and political debate, such as diagnosis in primary care, access to services for marginalised groups, stigma and discrimination, integrated care, personal health budgets, personalised medicine and the use of GPS tracking. 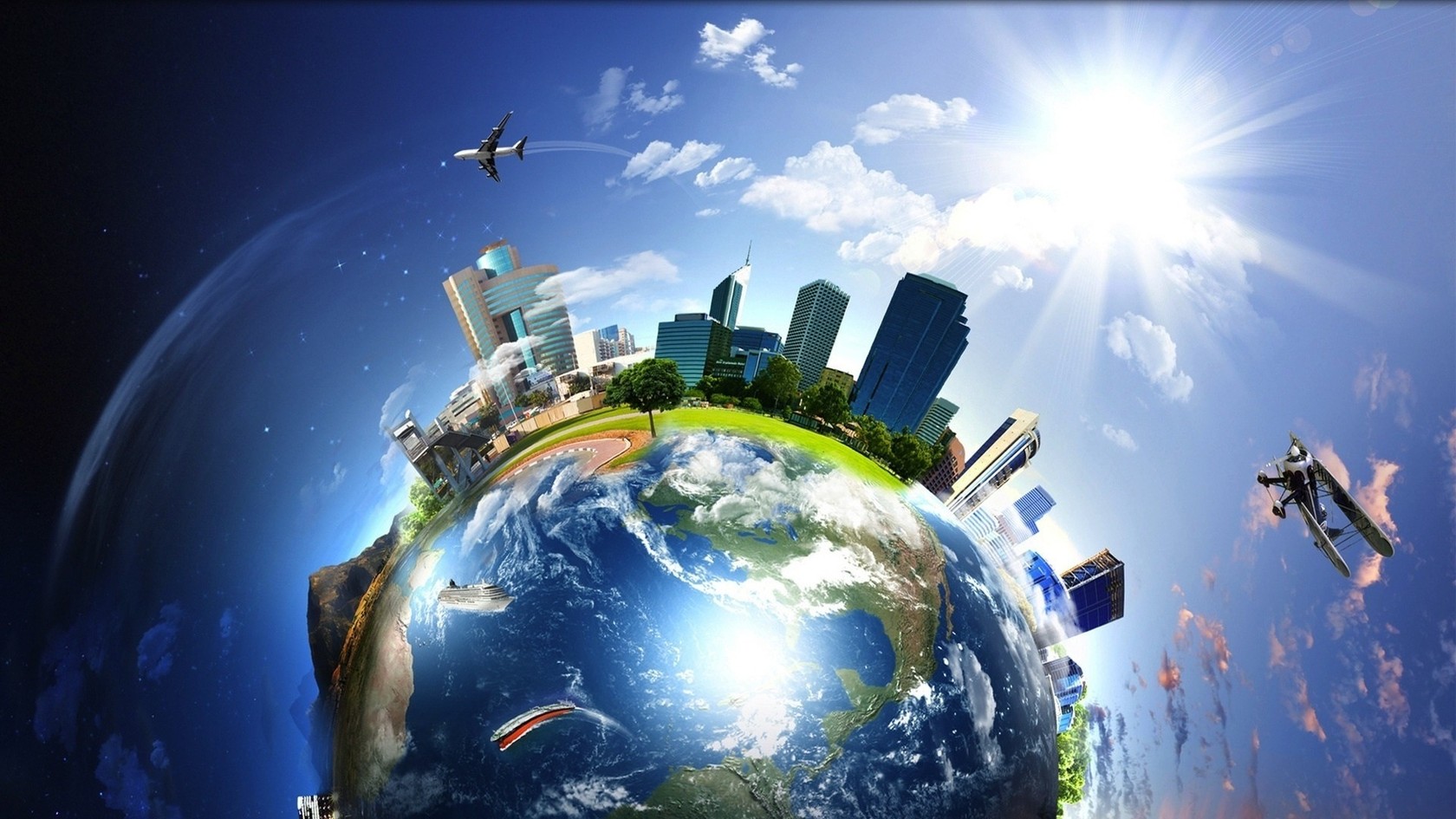 Drawing on a wealth of diverse internally peer-revieweed research, and including voices from all reaches of the globe, I identify current policy challenges for living well with dementia, and highlights pockets of innovation and good practice to inform practical solutions for living better w ith dementia in the future.

This is intended to be a unique and cohesive account of where dementia care practice and policy needs to head, and why, and how this can be achieved, this is crucial reading for dementia care professionals, service commissioners, public health officials and policy makers, as well as academics and students in these fields.

Chapter 1 provides an introduction to current policy in England, as it currently stands, including a review of the need for a ‘timely diagnosis’ as well as a right to timely post-diagnostic care. This has been a vocal concern of Baroness Sally Greengross, the current Chair of the All Party Parliamentary Group for dementia. This chapter also provides an overview of the current evidence base of the hugely popular “Dementia Friends” campaign run very successfully by the Alzheimer’s Society and Public Health England, to raise awareness about five key ‘facts’ about dementia. Indeed, Prof Martin Prince, Dr Renata Bryce and Dr Cleusa Ferri had previously introduced the critical topic of “The benefits of early diagnosis and intervention” in the World Alzheimer’s Report 2011.

A focus of this chapter is inevitably on prevention and risk factors,  aligning itself well with the aims of the World Dementia Council.

Mitigation against loneliness remains a profound driver behind the policy of dementia friendly communities in global policy.

Critically, it has just been announced people living with dementia will be more involved in the work of the Alzheimer’s Disease International.

The statement from ADI reads thus:

The Board has agreed to start collaborating with Dementia Alliance International (DAI), an independent international group of people living with dementia. This will be done with a Memorandum of Understanding (MOU), with ADI agreeing to support the expansion of DAI to increase representation of people with dementia around the world, including those in lower and middle-income countries.

Chapter 3 looks at the various issues facing the timely diagnosis and post-diagnostic support of people living with dementia from diverse cultural backgrounds, including people from black, Asian and ethnic minority backgrounds, people who are lesbian, bisexual, gay or transsexual, and people with intellectual difficulties. Attention is paid to the various intricate ways in which exact culture can impact not only on the timely diagnosis of dementia but also in the post-diagnostic care.

Here, for example, the diagnostic algorithm of 10/66 has been particularly influential.

Chapter 4 looks at the issue of how different jurisdictions around the world have formulated their national dementia strategies. There is remarkable convergence in the efforts of various jurisdictions, and it is here I first introduce the critical importance of collaboration.

A new report, ‘Improving Dementia Care Worldwide’ (PDF), reviews existing national dementia plans from around the world, and puts forward recommendations for governments on what a best practice plan should include and how it should be developed and implemented. The report was commissioned by ADI and Bupa, and written by Prof Anne Margriet Pot and Dr Ionela Petrea from the Netherlands Institute of Mental Health and Addiction (Trimbos-institute).

Chapter 5 looks at the intense care vs care debate which has now surfaced in young onset dementia. There is a potentially problematic schism between resources being allocated into drugs for today and resources being used to fund adequately contemporary care to promote people living better with dementia. The needs of people with young onset dementia are certainly distinct.

Chapter 6 focuses on delirium, or the acute confusional state, and dementia. It attempts to explain why delirium and dementia might converge in policy, after all.

Chapter 7 is the largest chapter in this book, and takes as its theme care and support networks. I make no apologies about the length of this chapter, as I have been hugely influenced by the Dementia Action Alliance Carers Call to Action in the last year. The need to help carers is certainly writ large in global policy.

Chapter 8 considers eating for living well with dementia. main focus of the chapter is how people with dementia might present with alterations in their eating behaviour, and how the mealtime environment must be a vital consideration for living better with dementia. In 2014, the ADI published their report on nutrition and dementia.

Chapter 9 looks at a particular co-morbidity, incontinence. Focusing on the various co-morbidities will be an opportunity of a whole person approach for a person living with dementia, during health as well as illness. The transition to a residential/care home, for example, can be profoundly influenced by difficulty in managing unmet needs such as incontinence; so unsurprisingly the efficacy of conservative approaches at home has experienced renewed scrutiny amongst a number of different jurisdictions.

Chapter 10 argues how the needs for people living better with dementia would be best served by a fully integrated health and social care service in the form of “whole person care”.

The World Alzheimer Report 2013 went into a foray of the “journey of care”. One of the key recommendations was:-

Health and social care systems should be better integrated so that there are co- ordinated care pathways that meet people’s needs. Case managers (one for up to every 60 people with dementia) are likely to add value when working from the community, across the journey of care, as part of a fully integrated long-term care system for older people.

Chapter 11 considers the importance of the social determinants of health. The framework, I argue, is eminently sensible for organising one’s thoughts about dementia friendly communities. Housing for living well with dementia is not just about buildings, and is pivotally enmeshed with the person centred care philosophy of projected English policy.

This is a critical part of WHO policy. There is more work to be done here to align this (and WHO “friendly cities”, which has found considerable interest in Alzheimer Europe) with global dementia policy as regionally implemented in local jurisdictions.

With such a broad brush tool as equality and “dementia friendly communities”, the scope for squashing diversity is enormous. Few topics enter the realms of “one glove does not fit all” to the same degree as the potential use of global positioning systems for dementia. Chapter 12 considers whether ‘wandering’ is the most appropriate term. The main emphasis of this chapter is the legal and ethical considerations in the use of ‘global positioning systems’ in enhancing the quality of life of persons with dementia and their closest ones.

Chapter 13 considers head-on a number of important contemporary issues, with a main emphasis on human rights and “rights based approaches”. While there is no universal right to a budget, the implementation of personal budgets is discussed. Dementia being defined as an equality totally alters the nature of the narrative of discussion, and that these principles apply across the world is bound to attract interest (such as the UN Convention on the rights of persons with disabilities).

Too often the debate about dementia can be engulfed in a diatribe about ‘cost’ not ‘value’. Persons living better with dementia wish to contribute effectively with the outside world, and the feeling is mutual. Chapter 14 is primarily concerned with art and creativity, which can be incredibly empowering for some people trying to live better with dementia. I feel that arts-based therapies offers much untapped potential for the future.

Too often the focus in international policies is on medications. Chapter 15 looked at the triggering of football sporting memories in people living well with dementia. This chapter considers the cognitive neuroscience behind this.

Chapter 16 looks at the impact of various innovations in English dementia policy, giving as examples including service provision (such as the policy on reducing inappropriate use of antipsychotics or the policy in timely diagnosis) and research.

This is within the construct of a major worldwide drive to innovations in service provision and research (as for example described here in a report on a workshop on “Enhancing Translational Research and Clinical Development in Alzheimer’s Disease and other Dementia: The Way Forward”, held on 11-12 November 2014, Lausanne, Switzerland.

Chapter 17 looks at how leadership could be promoted by people living with dementia themselves. I first introduce the need for this in Chapter 2. Chapter 17 considers who might lead the change, where and when, and why this change might be necessary to ‘recalibrate’ the current global debate about dementia.

Finally, I attempt a Conclusion at Chapter 18.

← Living well with the dementia app. Back to the future? “Living better” with dementia is desirable, but what does it mean for care? →
Click to listen highlighted text! Powered By GSpeech